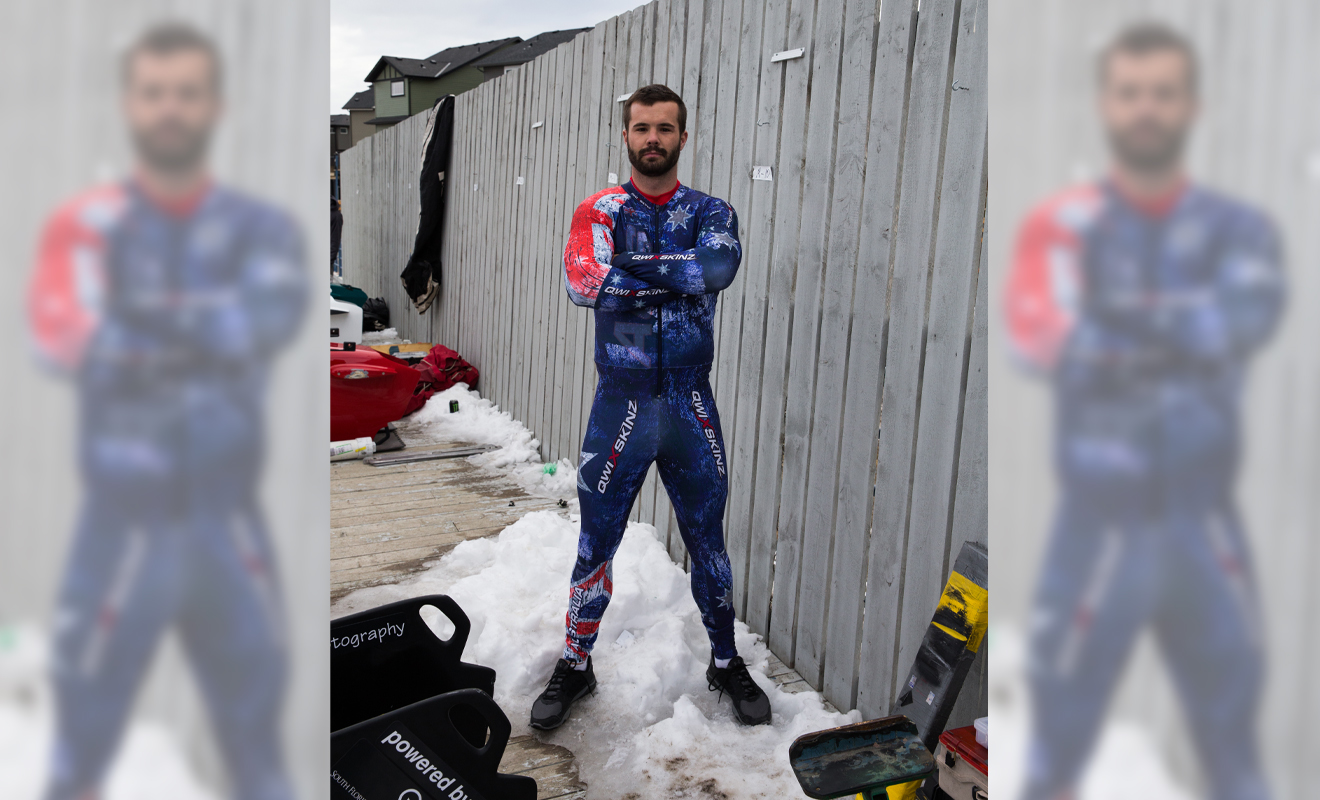 Gay Australian rugby player and DNA cover model, Simon Dunn, has announced his return to bobsleigh and his upcoming move to Canada in order to train for the 2022 Winter Olympics in Beijing. Chatting to DNA, Simon spoke about initially leaving the sport in 2016 after not qualifying for the Olympics, but in recent years beginning to retrain in bobsleigh in the hopes of re-qualifying for the Beijing games in February.

“I’m a rugby player, I love rugby, but I will never be able to represent my country in rugby. So it’s nice to be able to do that in bobsleigh, as well as being an openly gay man,” he said.

Initially moving over to Canada in 2013 to play rugby, he was, “tapped on the shoulder,” by a member of the Australian bobsleigh team from the Sochi games who recognised his strength and agility. Despite rugby and bobsleigh seeming worlds apart, the transition between the rugby field and the bobsleigh run was relatively easy due to the strength, speed and endurance needed.

Although the Beijing Winter Olympics are the end goal for Simon, there are a number of competitions and hurdles along the way in the coming months in order to qualify. Notably, three races in Whistler, Utah and Lake Placid in order to gain enough points to qualify for the games. Simon plans to make the move over to Canada in September to begin intensive training, leaving his partner Felix behind, but hopes to make it back in time for the Sydney Gay And Lesbian Mardi Gras in late February.

As a Sydney-sider, Simon’s currently in a strict state-wide lockdown due to a Covid-19 outbreak, but has still managed to continue training by regularly hauling 170kg weights down to his local park. He’s been open about his struggles with mental health in the past, and when asked for his advice when dealing with mental health and maintaining motivation to exercise in lockdown he said, “Have something to work towards… just do it… go for a walk, it doesn’t have to be high intensity just enjoy being outside and get those endorphins.”

Simon will continue to be an ambassador for Bobby Goldsmith, Give OUT Day and P&O Cruises while competing and hopes that his journey to the Olympics will bring more awareness to these causes.