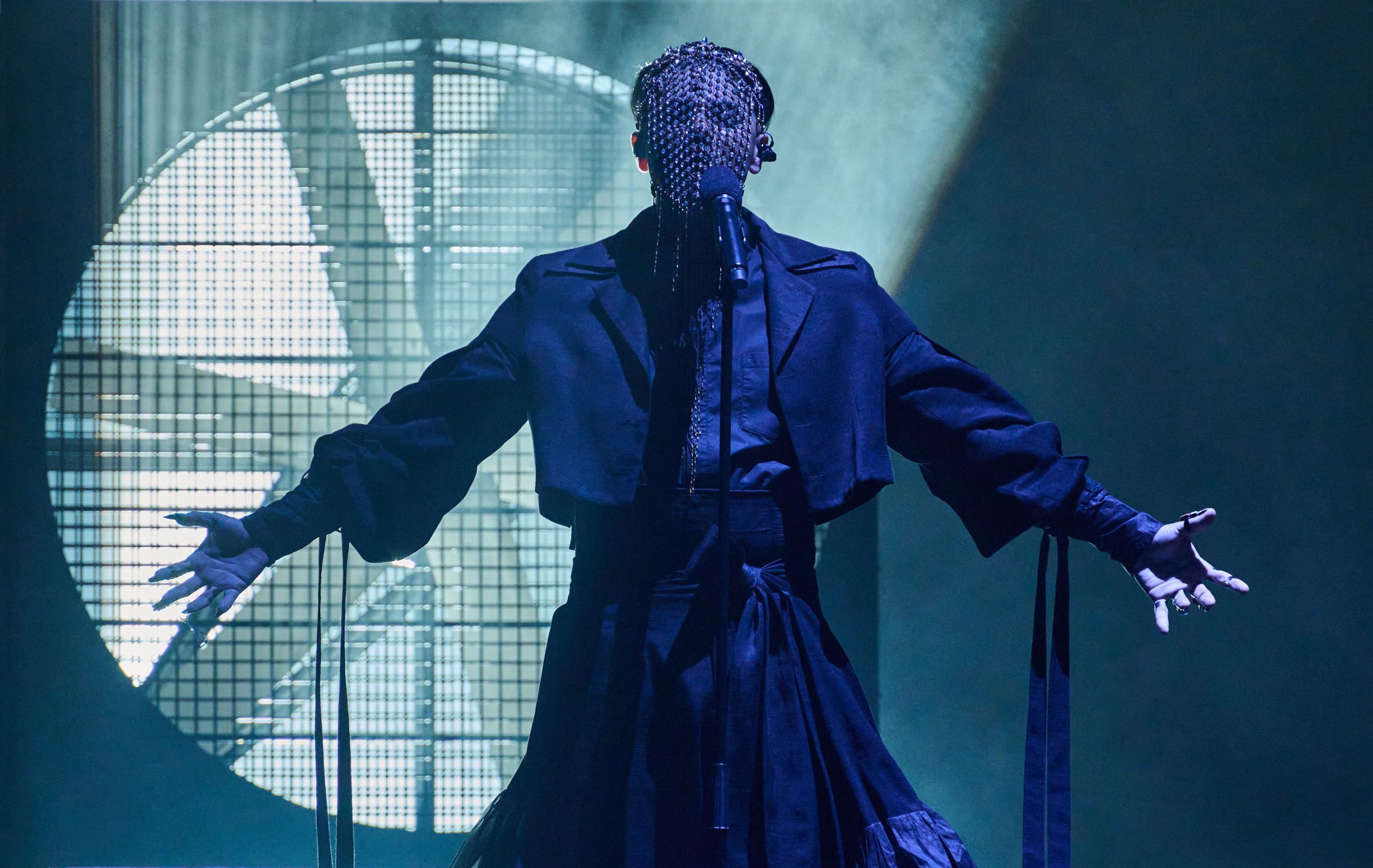 Australia has decided who it wants to represent the nation at the Eurovision Song Contest in Turin in May. And that representative is Sheldon Riley with his song, Not The Same.

SBS Australia’s Eurovision – Australia Decides has decided the country’s third national final winner (after the cancelled 2020 show in Rotterdam where SBS decided to resend 2020 winner Montaigne) and he could not be more excited. In news that would satisfy DNA readers, Sheldon is Australia’s first gay representative in an already diverse and inclusive song contest.

On a darkened black/blue lit stage (using up the budget allocated for dry ice), a veiled Sheldon proved his talent with a commanding vocal performance of his self-penned, autobiographical ode to his younger self.

“It’s a storytelling song,” he told DNA. “It’s dark, it’s orchestral, and then visually there’s this massive thing that happens, that gives an answer… and helps people understand me.”

A total of 11 finalists took to the stage inside the Gold Coast Exhibition and Convention Centre, each diverse in style and presentation. The winner was decided by a mix of jury and public votes compiled by SMS. The jury was made up of Darren Hayes (singer/songwriter and former member of Savage Garden), Alexandra Rotan (band member of Norwegian supergroup KEiiNO, Millie Petriella (APRA-AMCOS), Emily Griggs (SBS Head of Food and Entertainment and Creative Director) and Paul Clarke (BlinkTV producer).

The others vying for the position were: six-piece girl group G-NAT!ON with Bite Me, TikTok Wildcard Erica Padilla with To The Bottom, the fabulous Seann Miley Moore with My Body, pop newcomer Charley with I Suck At Being Lonely, charismatic pop star Andrew Lambrou with Electrify, powerhouse entertainer Paulini with We Are One, multi-media artist Jaguar Jonze with Little Fires, dynamic duo Isaiah Firebrace and Evie Irie withWhen I’m With You, Perth’s metal quintet Voyager with Dreamer, and singer-songwriter Jude York with I Won’t Need to Dream.

Sheldon will represent the Australia at the Eurovision Song Contest at Turin in May. Congratulations!

If you missed the live show, you can catch up on SBS On Demand, and if you haven’t already, be sure to check out DNA’s coverage of Eurovision – Australia Decides in DNA#265, and our interview with Sheldon online.