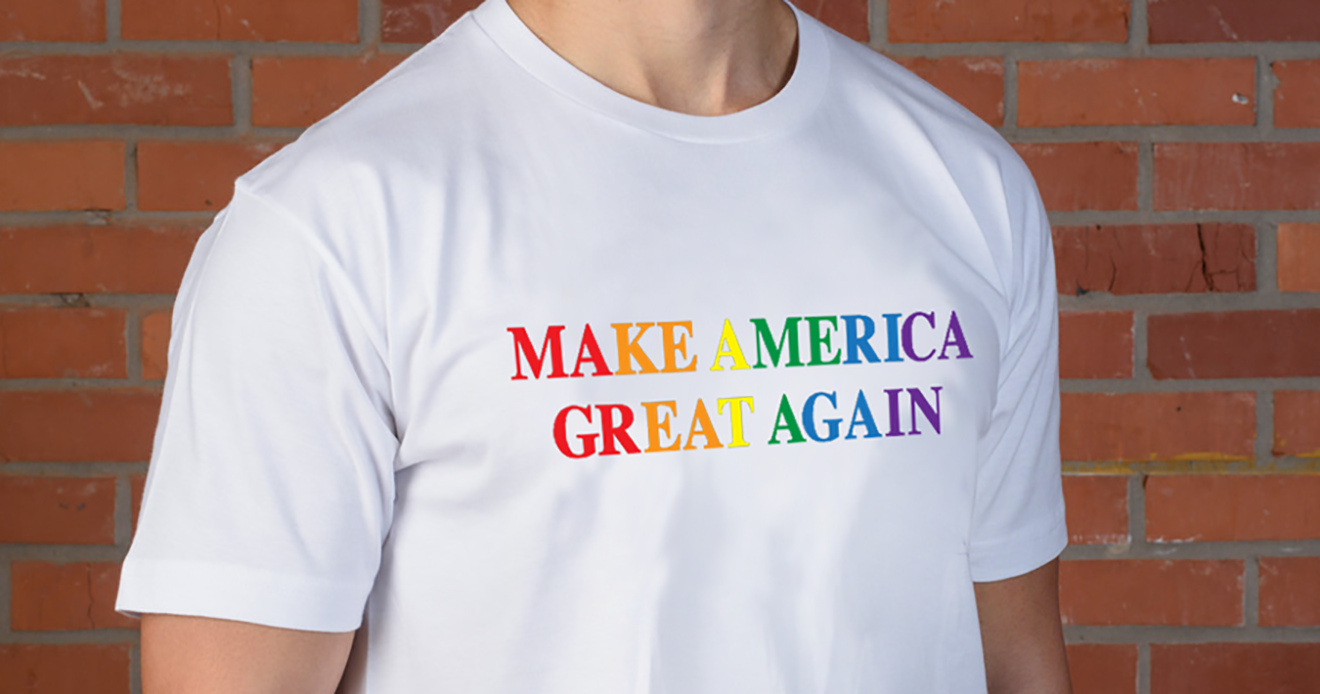 The merchandise (available from the Trump website) is an apparent attempt to cash-in on a community he vowed to support prior to taking office but has instead attacked.

Whether it be banning transgender people in the military to expanding religious exemptions for employers, business owners, and even doctors who want to discriminate against LGBTIQ people, to consulting anti-LGBTIQ hate group leaders on policy, to attempting to change the legal definition of “sex” to erase transgender people, Trump has proven he is no friend of our community.

Unsurprisingly the response to the merchandise has pointed to Trump’s hypocrisy.

Hypocrisy aside, members of the LGBTIQ community are not typical Trump voters.

Some LGBTIQ voters do identify as part of Trump’s base, including some members of the Log Cabin Republicans, a gay conservative group that faced internal turmoil earlier this year after some of its leadership endorsed Trump’s re-election.

Charles Moran, the national spokesperson for the Log Cabin Republicans, said that LGBTIQ merchandise in Trump’s campaign store is nothing new and that he’s had some form of it since Trump started running, but he says the fact that the Make American Great Again Pride hat in the store is currently sold out is what’s telling.

“We’re seeing at the Log Cabin Republicans that it’s not just traditional Republicans who are gravitating towards Trump, but disaffected Democrats and Independents who are heartened by the president’s approach,” Moran told NBC News. “Gays are not necessarily voting in a bloc like they have in past.”