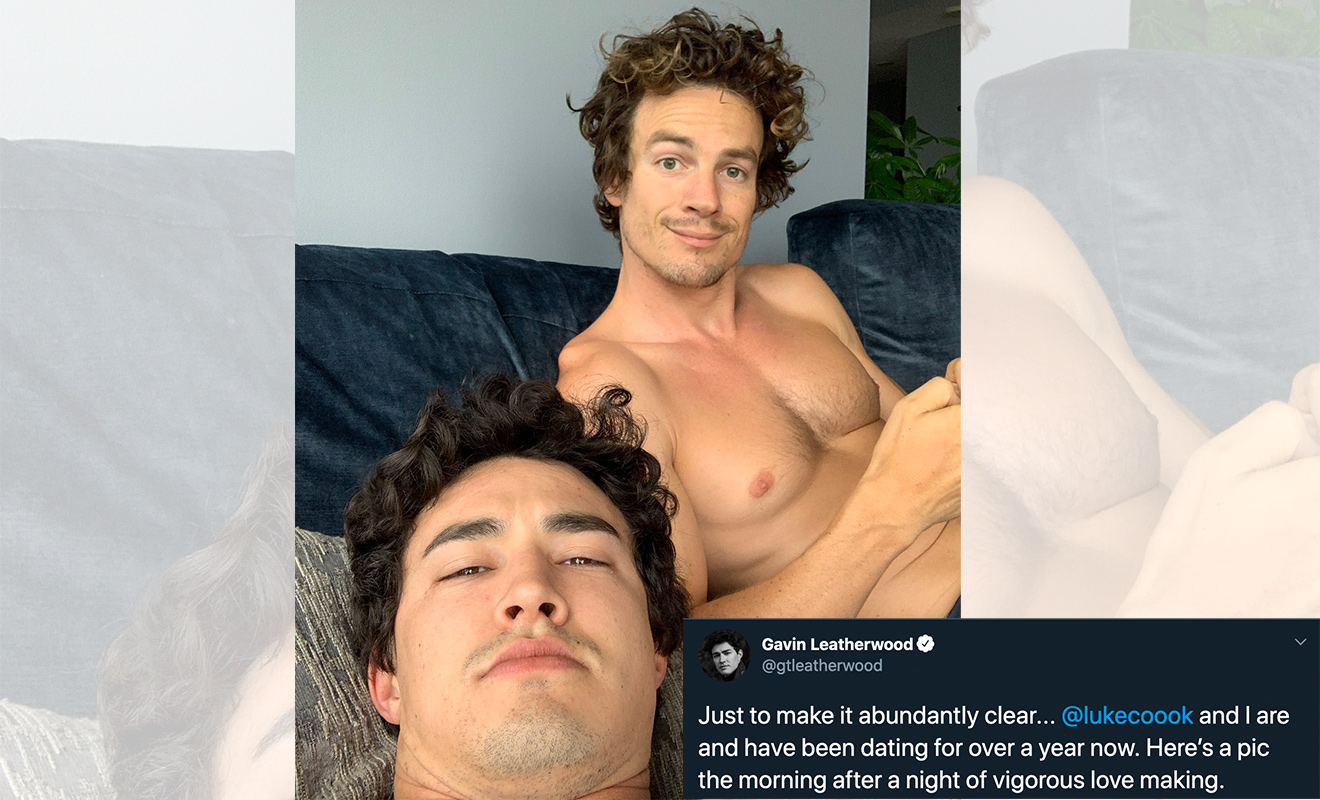 Social media has been sent into a spin with Sabrina co-stars Gavin Leatherwood and Luke Cook posting a photo of themselves topless in bed.

Accompanying the photos published on Leatherwood’s Twitter the star wrote the pair had been dating for over a year and had just spent the night…. Having “vigorous” sex.

Cook also posted the pic, on his Instagram but captioned that he’d been photoshopped into the picture and that the pair “are NOT dating”.

Cook is currently engaged to a woman, but it’s nice to see the pair can joke.