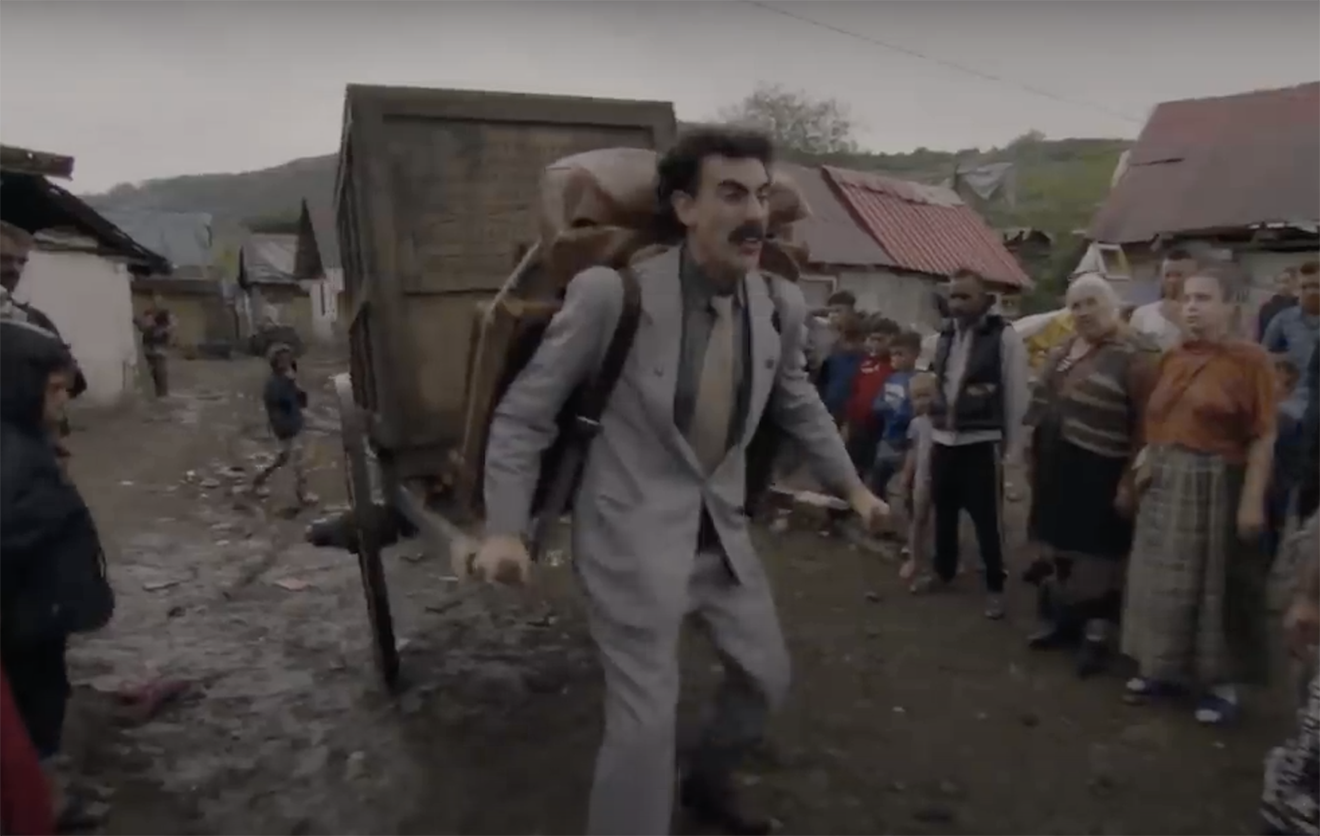 President Trump’s personal attorney, Rudy Giuliani, is in the news again but this time it’s his behaviour in a new Borat film that has caused a stir, The Advocate reports.

In the film Borat Subsequent Moviefilm: Delivery of Prodigious Bribe to American Regime for Make Benefit Once Glorious Nation of Kazakhstan, Giuliani is said to have behaved inappropriately with a female actor.

After Giuliani realised he was being pranked he called police. Explaining what happened in a hotel room scene filmed for the sequel, Giuliani decided making a transphobic comment was the best way to describe the events.

Giuliani said that he was talking to a female reporter and trying to take his microphone off when Cohen ran into the room in drag.

“This guy comes running in,” Giuliani said at the time, “wearing a crazy, what I would say was a pink transgender outfit.” He continued, saying, “it was a pink bikini with lace, underneath a translucent mesh top, it looked absurd.”

Giuliani also explained that despite the way Cohen was dressed, he was not attracted to him. “He had the beard, bare legs, and wasn’t what I would call distractingly attractive,” he said.

In an interview with Page Six he said he didn’t realise it was Sacha Baron Cohen until later and that he was proud that he didn’t get fooled by him.

Footage in the film shows Giuliani laying on a hotel room bed sticking his hand down his pants while an actress (Maria Bakalova) playing Borat’s teenage daughter stands in front of him.