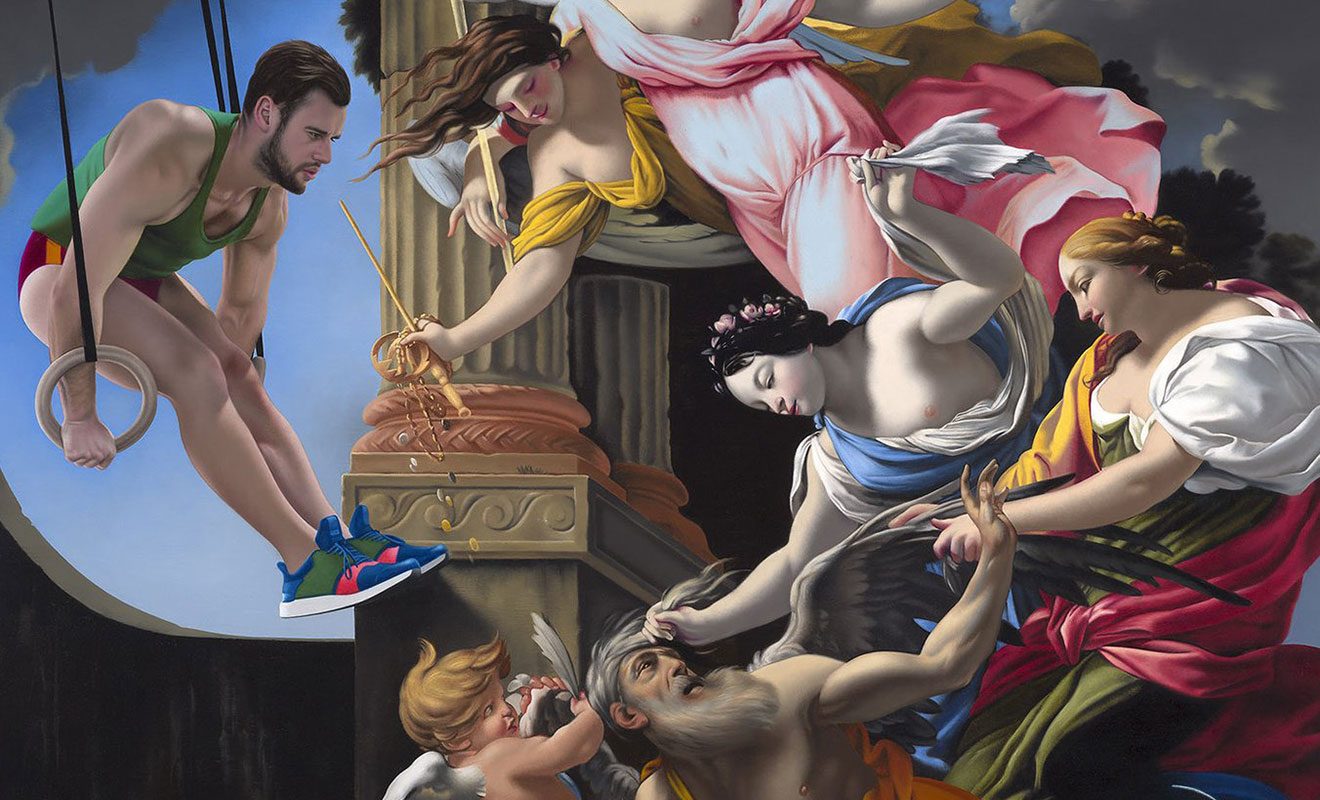 Ross Watson is an internationally renowned artist based in Melbourne with a successful career that spans over 30 years. The Ross Watson Gallery will be celebrating their 20th anniversary this year, and to mark the occasion, Watson’s latest piece titled Time will be on display.

The exhibition opens Saturday 24th April and will run as a centrepiece of the Midsumma Festival 2021 in Melbourne.

Watson’s work is an homage to the glory of the male physique, often depicting artful male nudes. In a profile by The Age, his work has been described as “homoerotic contemporary realism”.

“I had periods of experimentation when I was younger; I think that’s essential for all artists,” Watson told The Age. “I made several different bodies of work incorporating aspects of symbolism, abstraction and realism.”

In an interview with Melbourne’s gay radio station, Joy FM, Watson said “All my paintings reference master paintings that I’ve seen in Europe.” Having studied the old masters, Watson’s work references traditional oil painting but adds hyperrealist modern details. The effect of which is a bold and commanding contemporary narrative.

Watson has painted many sexy out gay celebrities including Michael Mitcham, Michael Kirby, Jake Shears and Francois Sagat. He has even painted the cover of an edition of DNA (#12 from 2001).

Watson has donated artworks to the Terrence Higgins Trust in the UK, is collected around the world by art lovers including Elton John, and his work is also hung in the National Portrait Gallery of Australia.