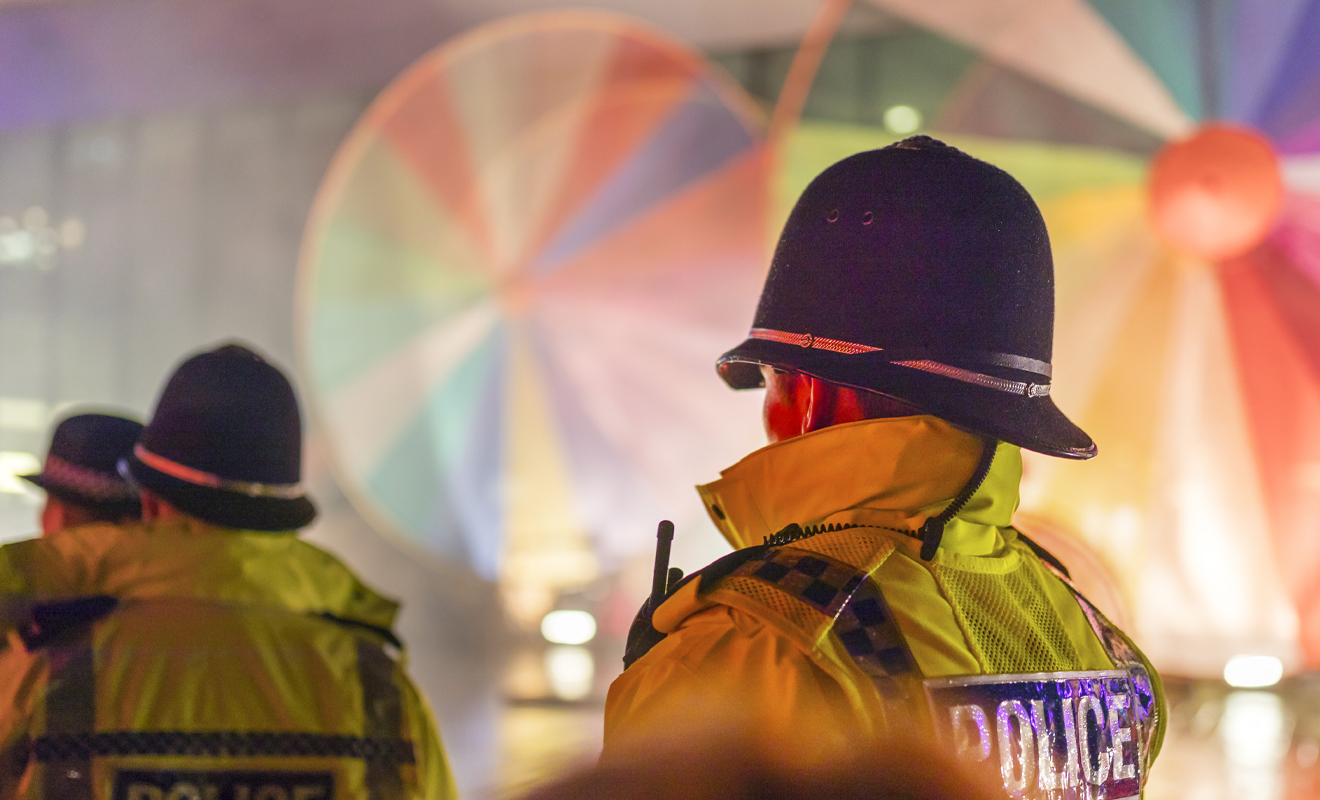 UK police have shared figures showing sexual orientation-based hate crimes rose on average from 1,456 a month from January to April of this year, to 2,211 a month from May to August, reports The Guardian. Transphobic attacks also rose with 208 a month on average, to 324 a month over the same time periods. Police have acknowledged that the UK’s “stay at home” COVID-19 orders ending in March coincide with the increase in LGBTQIA+ related hate crimes.

Campaign groups and police chiefs have urged victims of LGBTQIA+ abuse and attacks to come forward and report their experiences, as it’s believed the real figures are likely higher due to under-reporting from victims. Campaigners have said it’s a “stark reminder” that LGBTQ+ people are “still at risk of attack because of who we are”.

The figures also showed that attacks were at their highest in three years in June of this year, with 2,760 LGBTQIA+ related attacks; equating to roughly 92 attacks a day. That same month, the UK also saw the lifting of most COVID-19 related restrictions.

LGBTQIA+ organisations have suggested a variety of reasons for the rise in attacks, including same-sex couples becoming more visible when out in public. Head of the anti-violence LGBTQIA+ charity, Galop, said, “what we saw in the pandemic was LGBT+ people experiencing forms of abuse and violence that were either exacerbated by the pandemic itself or caused by it.”

“We have some people who were victims of abuse and attacks because of being blamed for the pandemic itself, either because perpetrators thought the pandemic was an act of God – because of the existence of LGBT+ people – or because of the community’s association with the last major pandemic in people’s minds, and that’s the HIV/AIDS pandemic,” she said.

Associate director of policy and research at Stonewall, described the figures as worrying, saying, “LGBTQ+ people have struggled throughout the pandemic, with many not having access to vital support networks and spaces during lockdowns… It’s always worrying to see an increase in anti-LGBTQ+ hate crime, particularly at a time when our communities were more isolated than ever.”

Earlier in the year, Irish authorities and the BBC reported a dramatic increase in LGBTQIA+ people requesting support for domestic violence related issues due to the ongoing effects of the COVID-19 pandemic.

If you or someone you know is experiencing domestic and family violence, you should report it to police.

Support and counselling is available from the following agencies: