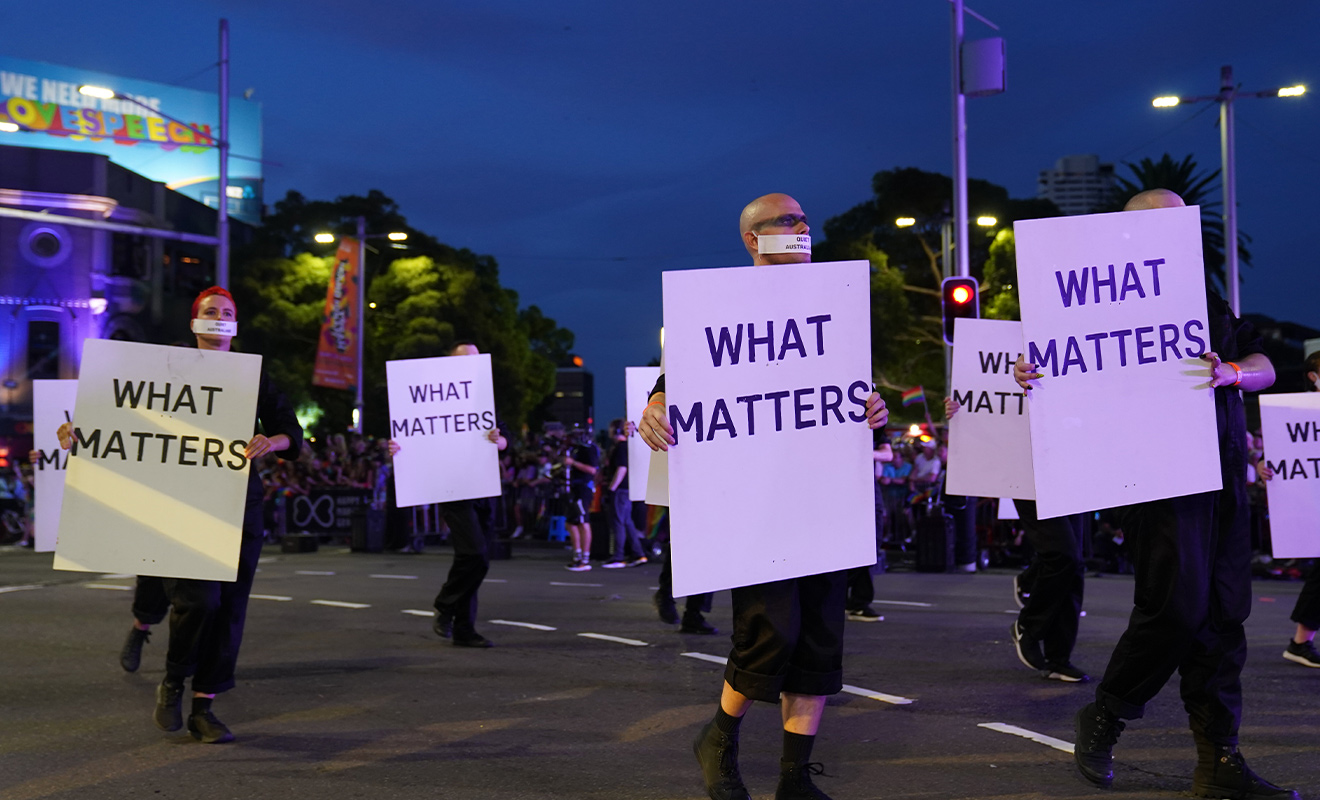 In a reminder of Sydney Gay and Lesbian Mardi Gras’ roots, the parade was stopped by a protest against the 250th anniversary of Captain Cook’s landing on the east coast of Australia.

The Liberal Party’s walking group in the parade was disrupted by a protest group who held up placards of Prime Minister Scott Morrison which read, “Scott Morrison MP, a strong voice for coal”.

They also held pictures of sailing ships with the message, “It’s OK to say no,” – presumably a reference to the “turn back the boats policy” against refugees, juxtaposed with European colonisation by people on boats.

The protesters stopped the parade for several minutes at Taylor Square before police pursued them on foot and bicycle down Flinders Street. The protest seemed to galvanise the parade spectators, who began booing the Liberal Party group and the police.

Another notable political float was the effigy of right-wing radio broadcaster, Alan Jones with his foot in his mouth beneath a dangling noose.