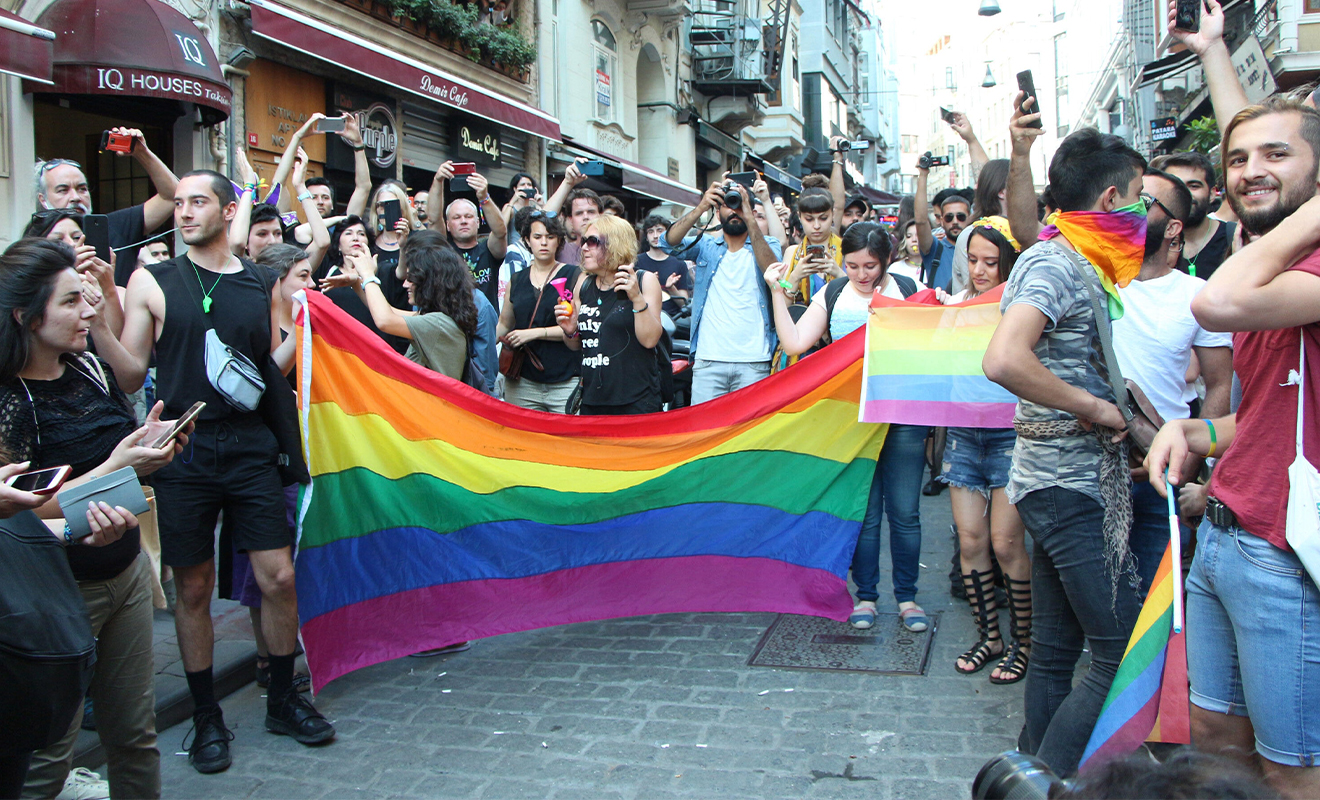 On Tuesday, July 5, a Pride march was held in the Turkish capital, Ankara where police disrupted the celebrations with teargas and pepper spray. Over 36 people were detained on the day after authorities banned Pride events, reports SBS News.

CHAOS AND CARNAGE IN ANKARA

Pride events are meant to epitomise the strength, resilience and tenacity of the LGBTQIA+ community – these attributes have been put to the test this year in Ankara. During the height of the pandemic, cities globally shut down all public events including Pride marches.

In 2022, many of these cities were scheduled to host Pride but many of those marches were disrupted or subject to tense sociopolitical backlash. Cities in Turkey such as Istanbul and Ankara have held Pride in the past despite the persisting negative attitudes against LGBTQIA+ people.

Since the election of President Tayyip Erdogan, the tensions around queerness have worsened leading to a crack-down on many queer spaces and events. Only last week, Istanbul’s Pride march was subjected to police enforcement which saw over 300 people detained; 34 of those taken into custody were under 18, reports Human Rights Watch.

“The Turkish government’s crackdown on Istanbul Pride is the latest in a brutal campaign against LGBT rights activism and freedom of expression,” says Human Rights Watch researcher Kyle Knight.

The interjection of authorities at Ankara’s Tuesday Pride march is being reported as violent and heavy-handed. Journalists recall seeing people being dragged on the ground with both tear gas and pepper spray being utilised to disperse the crowds. “Turkish authorities have a responsibility to protect LGBT people and journalists alike, but instead the authorities have acted with aggression and cruelty,” says Kyle Knight.

The breakup of Pride in Ankara and Istanbul is only the latest in a series of violations experienced by LGBTQIA+ people in Turkey. Despite Pride once being tolerated, yet perhaps not fully accepted, event in Turkish cities, the current government is on track to undo the hard-won freedoms queer people enjoy. “While LGBT rights activists have demonstrated incredible courage and tenacity in the face of government brutality, they should not have to risk their well-being to exercise their fundamental rights,” says Knight.