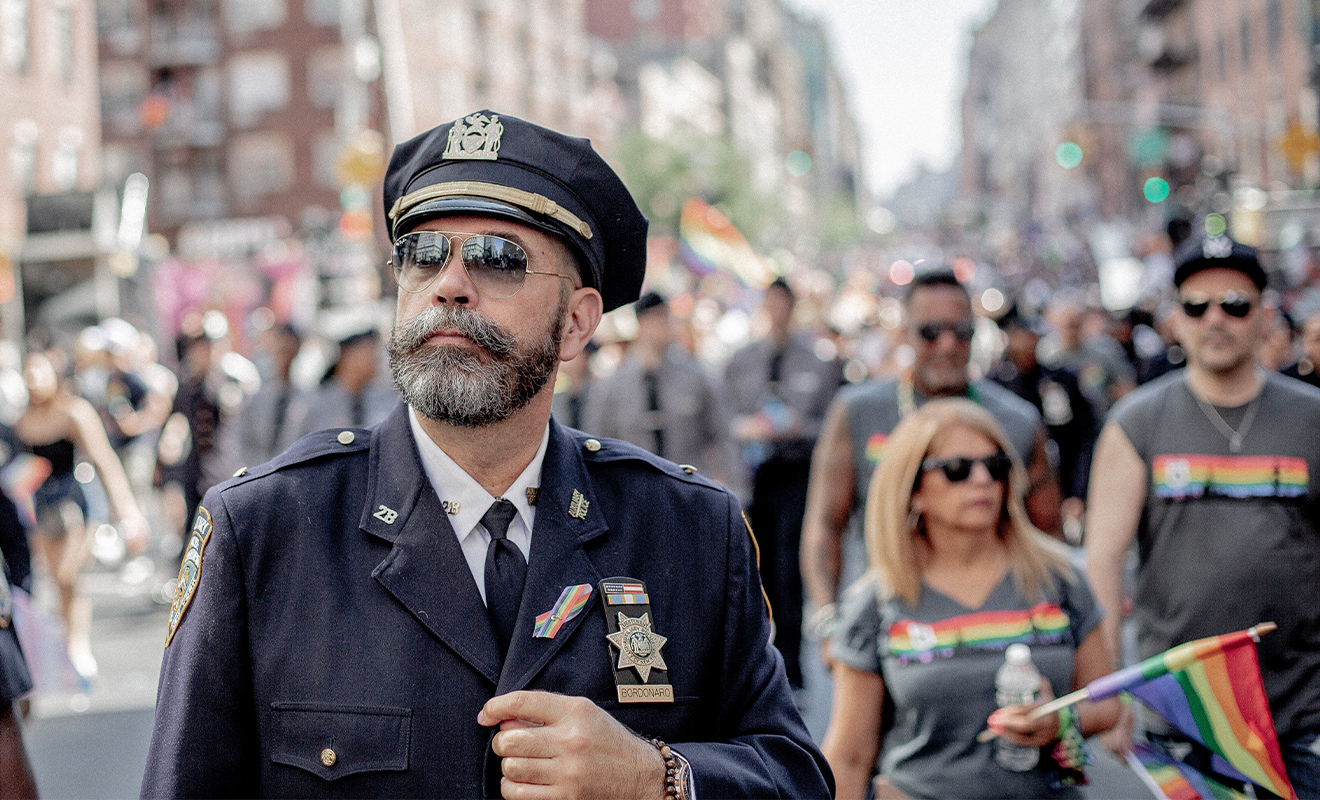 San Francisco’s Pride organisers made the executive decision to ban police uniforms in the Pride parade in 2020. The decision was received poorly by LGBTQIA+ police officers who feel snubbed and reports are they will now boycott the June festivities in 2022, reports Advocate.

DEBATES ARE BEING HAD OVER THE NECESSITY OF THE UNIFORMS

For many LGBTQIA+ members of the San Francisco Police Force, being able to attend Pride is an important reminder that they have won the right to express themselves in a traditionally hyper-masculine occupation.

In a statement released by the San Francisco Police Officer’s Pride Alliance, it is expressed that many members of the SFPD feel that their bravery in coming out while serving is something to be acknowledged. Being told to either put their uniforms back in the closet or to not attend makes them feel their stories are being shunned.

“We want to be able to show the members of our community that there are people just like you who put on these uniforms every day and are out there to support, help, and protect you,” says Officer Kathryn Winters of the SFPD Pride Alliance.

The protests and demonstrations by the Black Lives Matter movement brought to a head the issues of inequality and police mismanagement of power. For this reason, many people of colour, specifically Black people, have a deep mistrust of law enforcement.

Pride organisers felt that it shows a sign of solidarity with queer POC and allies to remove the uniforms from a space that is meant to feel safe for all. Executive Director of San Francisco Pride Suzanne Ford says, “For some members of our community, the presence of the police in the parade is difficult for them given their history with the police department, so we want to honour and make sure we protect and make people feel safe.”

On Monday, May 23 Mayor London Breed announced in a statement that she will also boycott the parade if the organisers’ current stance doesn’t change. Mayor Breed says, “I’ve made this very hard decision in order to support those members of the LGBTQ community who serve in uniform, in our Police Department and Sheriff’s Department, who have been told they cannot march in uniform and in support of the members of the Fire Department who are refusing to march out of solidarity with their public safety partners,” reports San Francisco Chronicle.