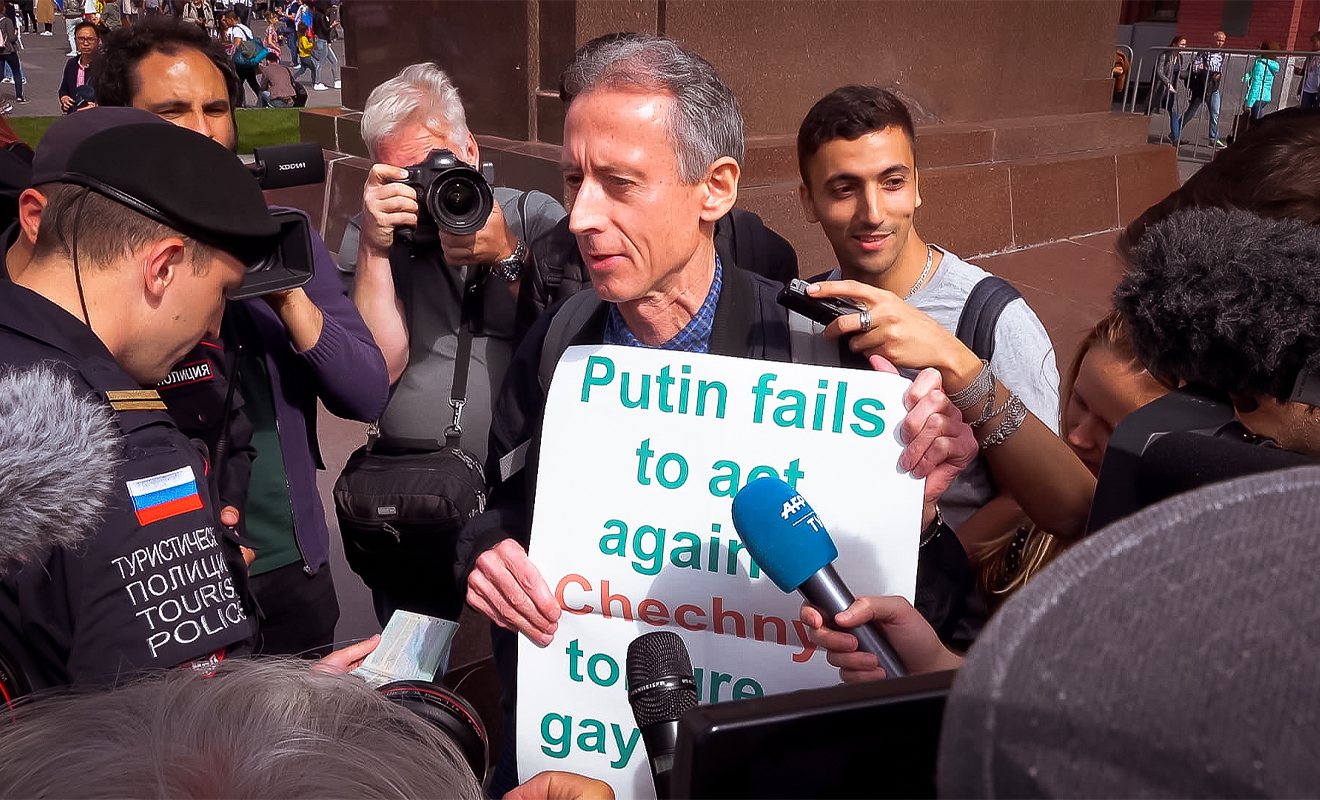 Human rights activist Peter Tatchell has been campaigning vigorously for the recognition and rights of minority groups for decades. It is for this exact reason that he was selected by Buckingham Palace to be a part of the platinum jubilee celebrations as a “national treasure”. Tatchell reportedly turned down the offer considering the Crown’s checkered history with LGBTQIA+ acknowledgment, reports The Guardian.

THE REASONS BEHIND PETER TATCHELL TURNING DOWN THE HONOUR

Peter Tatchell’s activism has been termed controversial by some critics but, nonetheless, it has been prolific enough to garner the attentions of the British elite. In Queen Elizabeth II’s platinum jubilee celebrations, more than 100 public figures will attend the pageant as recognised national treasures and Tatchell was tapped to be one of them.

This honour would be a privilege to any number of activists, celebrities and artists, but Tatchell doesn’t believe in supporting the monarchy when they have failed to return that support in the past. “To my knowledge, [the Queen] has never publicly acknowledged that LGBTQIA+ people exist. The words lesbian, gay, bisexual and transgender have never publicly passed her lips and she has never visited or been a patron of any LGBTQIA+ charity,” he says.

Although he has demonstrated many acts of civil disobedience in the name of justice, protesting for the rights of the LGBTQIA+ community has always been at the forefront of Tatchell’s agenda. In a recent Netflix documentary, Hating Peter Tatchell, these many contentious acts are detailed, such as when he interrupted the Archbishop Of Canterbury’s Easter sermon or when he outed anti-gay clergy members.

According to The Guardian, Tatchell’s reasons were elaborated in a letter sent to Nicholas Coleridge, the co-chair of the platinum jubilee. He writes of the Queen’s lack of vocality regarding queerness and Her Majesty’s failure to acknowledge high-profile hate crimes. “After the 1999 Soho gay pub bombing, which killed three people and injured over 70 others, the Queen did not visit the scene or the victims in hospital,” says Tatchell.

DOES TATCHELL HAVE A POINT?

Although prickly and confronting at times, Tatchell’s activism has always been driven by a desire to draw attention to underlying institutional shortcomings. In his refusal of the national treasure honour, he reminds us of the Crown’s power and how it has never been used for the protection of LGBTQIA+ people (ignoring the work of Princess Diana, of course).

Britain’s royal family is one of the few remaining European monarchies with such a storied history, and the survival of their titles is owed to the evolution that the Crown has undergone. The Queen is still the Head Of State and that title is passed on by blood.

Other sovereign countries elect someone to this position, but Tatchell encourages us to recognise that the commonwealth’s Head Of State is a birthright; one that will ensure the position is “the first-born of the all-white Windsor family,” he says. “For the foreseeable future no black or brown Briton, no matter how worthy, can be made head of state.

“To join the celebration of the Queen’s reign would give legitimacy to an elitist and anti-LGBTQIA+ monarch,” says Tatchell.