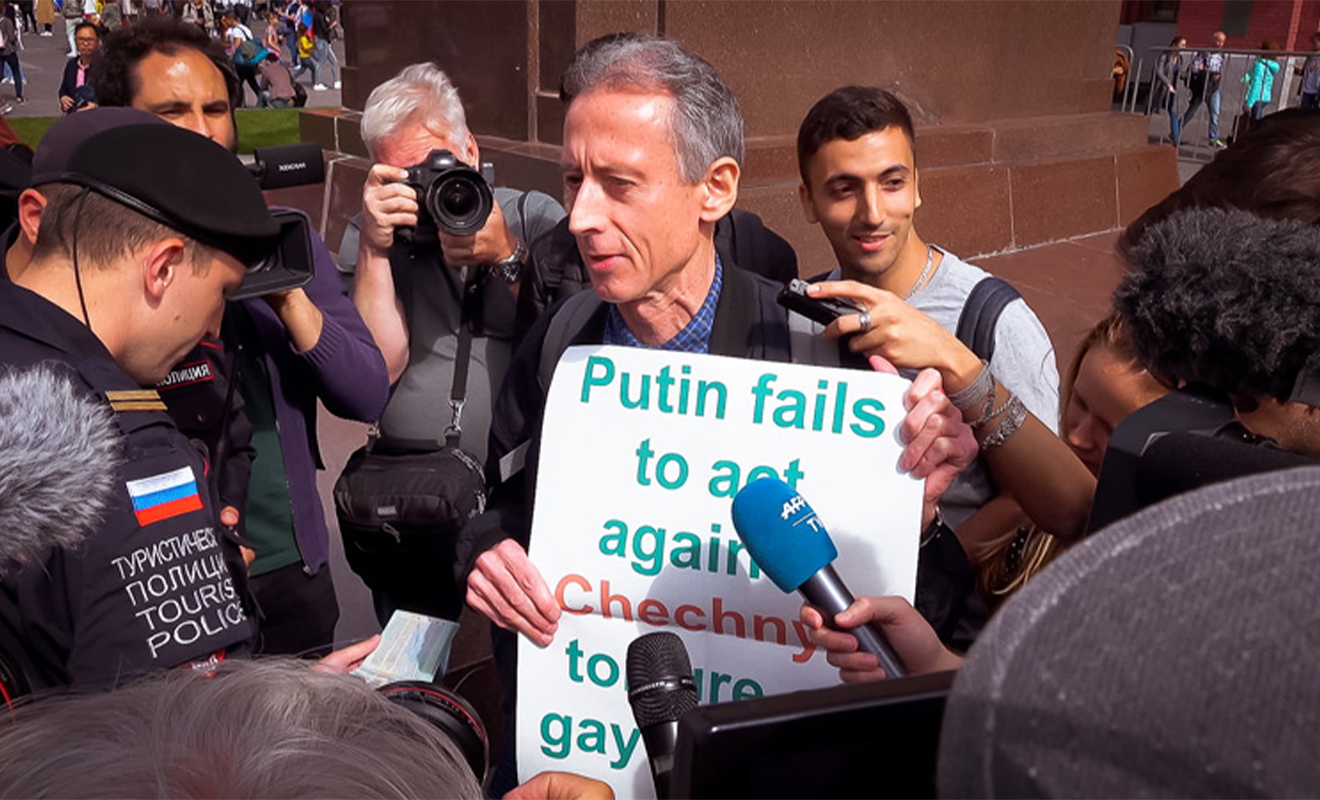 Peter Tatchell has been an LGBTQIA+ rights activist for decades. In WildBear Entertainment’s documentary, Hating Peter Tatchell, the activist’s life and works are celebrated in a look back through 50 years worth of never before seen archival footage and photographs.

The documentary film had its international release earlier this year and the film is currently out on Netflix.

The reason that Tatchell has been such a contentious figure in the community is that he has refused to back down in the face of abject human rights violations. Standing up against violence and subjugation can be a solitary experience at times, a fact that Tatchell is all too familiar with.

Tatchell is a household name in Britain, although he was born in Australia where he is less well known. His activism began in his hometown where he campaigned during school for Indigenous rights. After moving to the UK, Tatchell joined the Gay Liberation Front and participated in many activist-led demonstrations.

In 1990, Tatchell founded the “militant” gay rights activism group OutRage! The group gained notoriety for outing prominent closeted individuals. Although his tactics were unconventional and contentious, Tatchell’s work is remembered for being among the loudest and most effective for inspiring conversations and enacting change.

The documentary features interviews with Sir Ian McKellen, Stephen Fry and the former head of the UK’s LGBT+ group, Stonewall, Angela Mason among others. The film’s executive producers are Sir Elton John and David Furnish. “We were so overwhelmed with emotion. It was fantastic! It’s so compelling – and such a harsh contrast to the disappointing times we are living in. An important cinematic milestone that properly celebrates a true hero,” they have said in a statement.

Sir Ian McKellen says, “I hope it’s obvious how much I admire his tireless work on behalf of us all.”

The director of Hating Peter Tatchell, Christopher Amos, is featured in interview with Michael Walters in DNA #261.