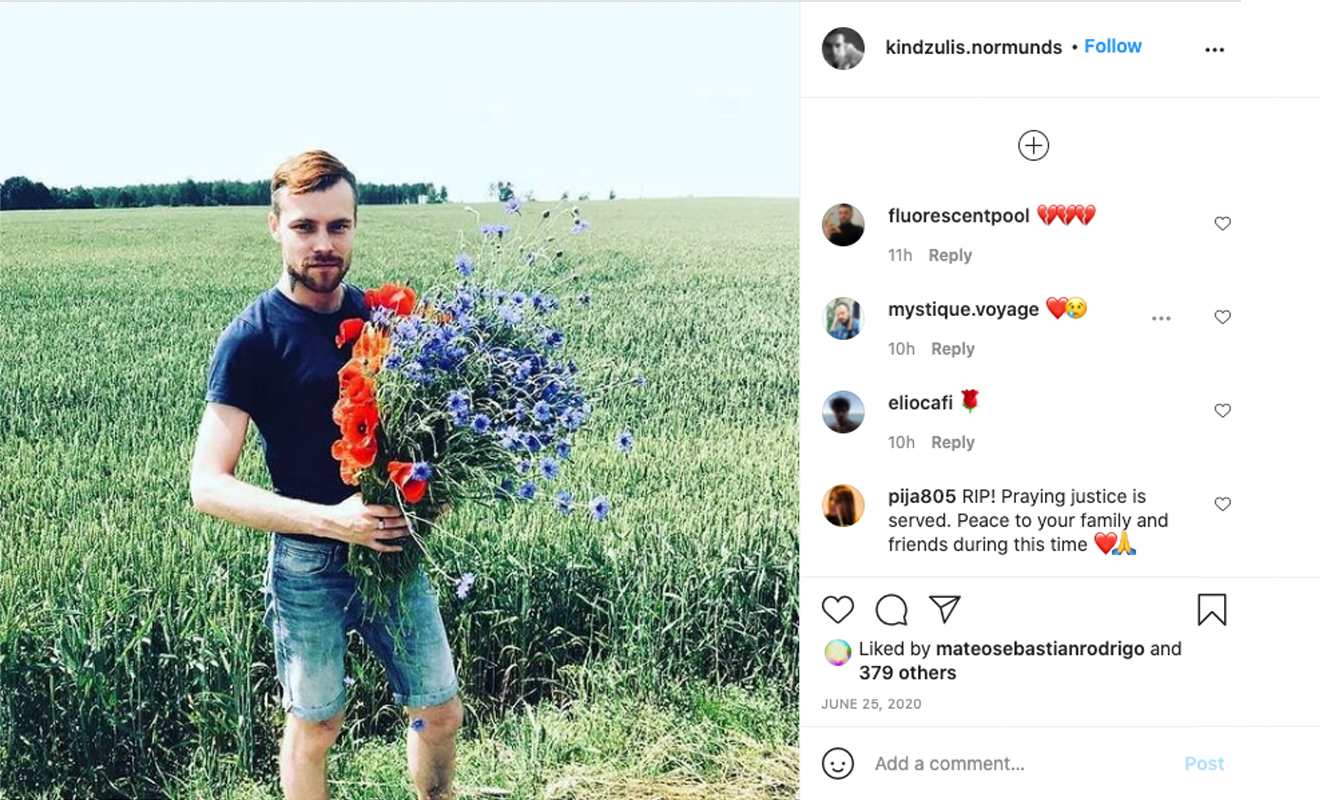 Latvian paramedic, Normunds Kindzulis, has died after allegedly being set ablaze by a homophobic neighbour, reports Out.

Early on April 22, Kindzulis’ housemate Artis Jaunklavins, woke up to the sound of screams outside their apartment, discovering Kindzulis fully engulfed in flames at their front door.

Jaunklavins says he suffered burns himself trying to extinguish the flames, carrying Kindzulis inside and putting him in the bath but the burns were too severe and his clothing had “fried to his skin”. Kindzulis was rushed to hospital, but died a week later from his injuries.

It is alleged that their neighbour had repeatedly targeted them over a number of months with homophobic threats. These threats were reported to police, but no action was taken with police saying a “decision was taken to refuse to initiate criminal proceedings”.

Condolences and pleas for justice have flooded the social media pages of Kindzulis and the internet, with the President of Latvia tweeting “there is no place for hatred in Latvia”.

The burnt entrance to Kindzulis’ home has since been covered with rainbow posters and flags in a show of support.