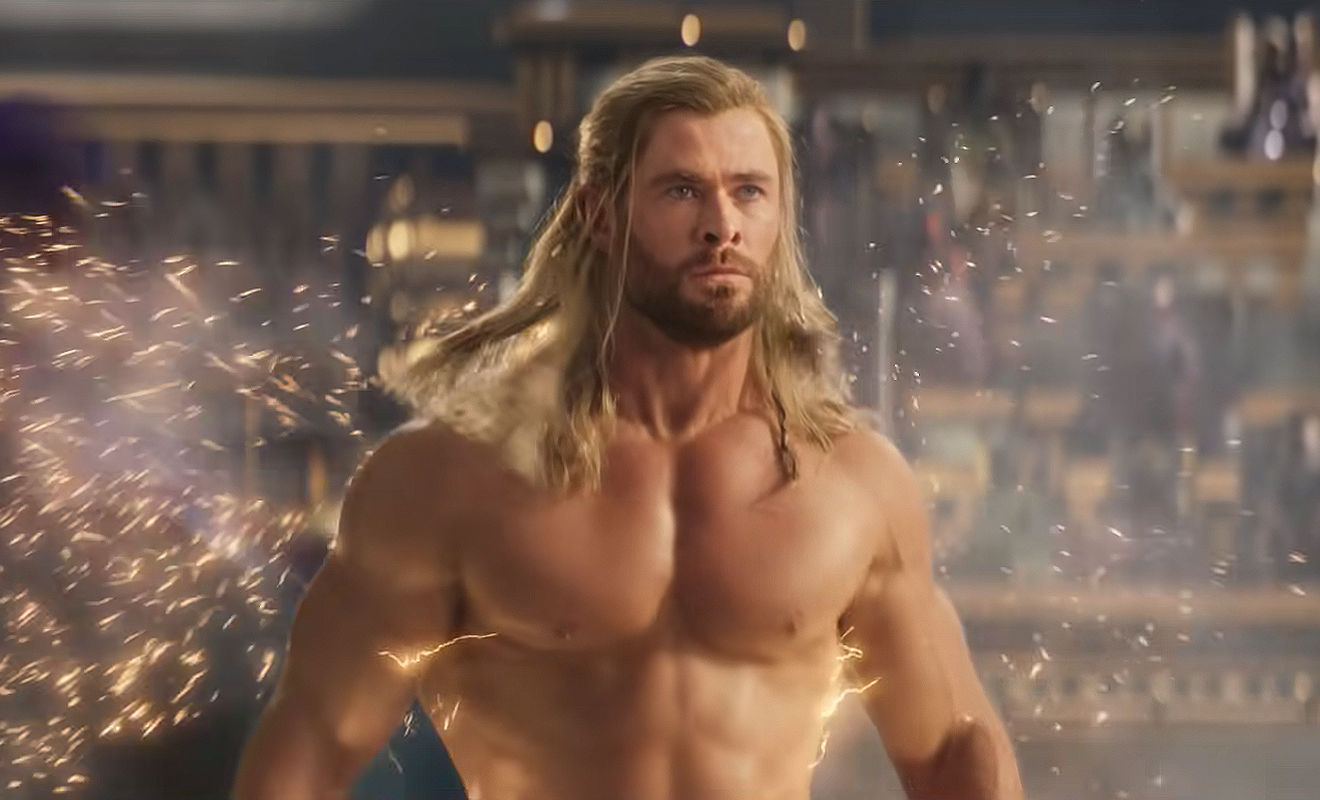 Marvel Studios has released a trailer for the much-anticipated Thor: Love And Thunder, Chris Hemsworth fans are getting a little more than they bargained for: a nude scene, reports Out.

THERE’S PLENTY OF GOD TO GO AROUND

The last we saw of the God Of Thunder, he had just defeated big-bad Thanos and left with The Guardians Of The Galaxy to grapple with unaddressed trauma. To be fair, losing one’s entire family, home world and lover would do a number on even a god.

In this new trailer though, Thor looks to be facing his trauma and we see him trim the fat (although, many would say Hemsworth looks godlike either way) and he has a new purpose. The trailer does the perfect job of giving us just enough to want to go and watch without spoiling anything major. It’s also set to the ’80s classic Sweet Child O’ Mine by Guns N’ Roses which is a big plus in our books.

The film will be helmed by formidable New Zealand director Taika Waititi whom many attribute to saving the Thor franchise with Ragnarok. Joining the cast will be Christian Bale, Tessa Thompson and the surprise return of Natalie Portman. Portman will return as Jane Foster but with mysterious new abilities rivalling Thor’s – she’s even holding the Mjolnir!

In the closing snippet of the trailer we see Thor bound in chains before other gods where he is stripped of his robes with the magical flick of a wrist (many of us wouldn’t mind that convenient power at times).

Taika Waititi says, “If you have a body like Chris, you know, even he understands, it would be just a waste to not show it off. It would be a crime against humanity. So, you know, you have to provide for the masses.”

Out predicts Thor’s fitness journey will play a big role in the upcoming film, a point that many feel defeats the purpose of having him gain weight to begin with. It’s as if weight gain due to depression and trauma is a gag for thin people to laugh at and that to heal is to lose the fat.

Stating a hopefully uncontroversial opinion here; fat or thin, Chris Hemsworth is gorgeous and we’d be lucky to see that nude scene either way.