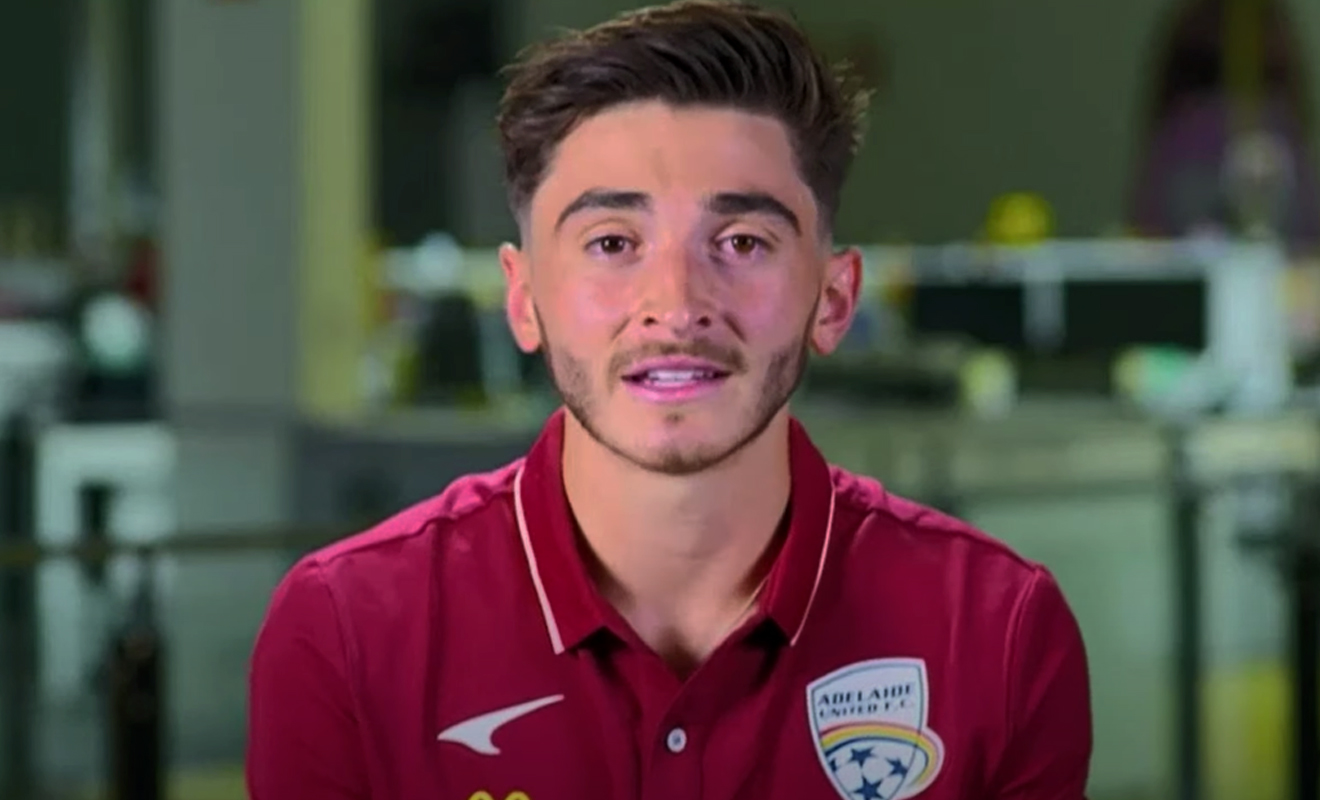 Adelaide United club officials have thrown their support behind the sport’s first openly gay player, Josh Cavallo, after homophobic abuse was levelled at the player during a match over the weekend, reports the ABC. Cavallo played as a substitute during the 54th minute during a match against the Melbourne Victory on Sunday, later posting to Instagram that he wasn’t, “going to pretend that I didn’t see or hear the homophobic abuse at the game last night”.

In October of 2021, Cavallo became the first openly gay A-League soccer player still active within the sport, after coming out publicly in a video shared by Adelaide United.

Later, Adelaide United Chief Executive, Nathan Kosmina, condemned the homophobic abuse received by Cavallo, saying, “We are appalled by the verbal abuse Josh received by fans at AAMI Park last night… Adelaide United is proud to be an inclusive and diverse football club, and to see one of our players subjected to homophobic abuse is disappointing and upsetting. Josh continues to show immense courage and we join him in calling out abuse, which has no place in society, and it will not be tolerated by our club.”

After being made aware of the abuse, Melbourne Victory officials said they were investigating the matter and, “strongly condemns this behaviour, which has no place at [their] club or in [the] game.”

Australian Professional Leagues (APL) chief executive, Danny Townsend, joined the contingent of Cavallo’s supporters, saying that all, “players, staff and fans have the right to feel sage, on and off the pitch… we fully support Josh Cavallo and want to ensure he can focus on his football performance, rather than on vile abuse. We will continue to concentrate our efforts on creating safe and welcoming A-Leagues for all.”

In Cavallo’s post on Instagram after the game, he also called out the homophobic comments and abuse he’d received on Instagram, calling on the platform to do more to stop abusive messages. He said, “I don’t want any child or adult to have to receive the hateful and hurtful messages that I’ve received… It’s a sad reality that your platforms are not doing enough to stop the messages.”

Cavallo said he knew that coming out meant that he was, “going to come across this,” but thanked fans for their, “positive messages, love and support.”