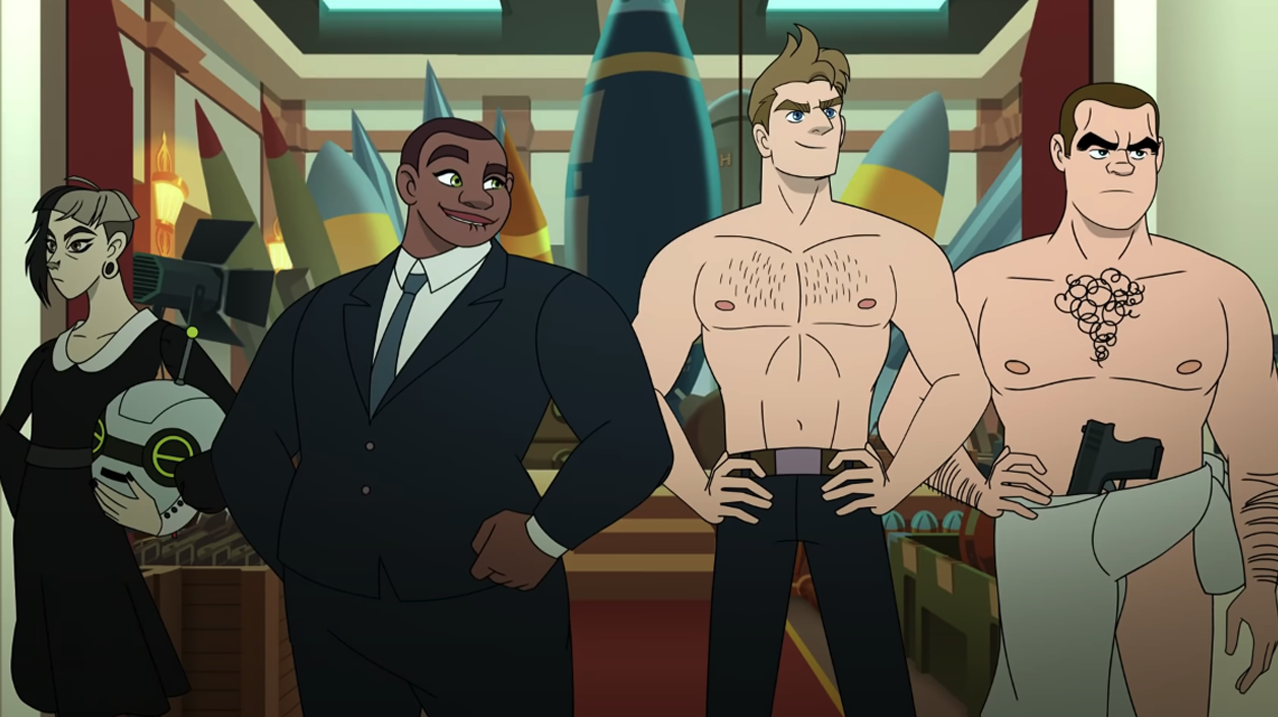 Starring gay legends Sean Hayes and Wanda Sykes, plus a stacked LGBTQIA+ cast, Netflix’s new adult animated series, Q-Force, flips the spy genre on its head. Speaking to ET Online, creator Gabe Liedman, said Q-Force was inspired by the idea of a gay James Bond and set out to tell the story of a queer spy and the LGBTQIA+ world that surrounds him.

Q-Force follows Steve Maryweather (voiced by Sean Hayes), your stereotypical spy with good looks, muscles and natural talent who is deployed to West Hollywood by the American Intelligence Agency after coming out as gay. Maryweather assembles a squad of other LGBTQIA+ experts and they embark on a number of adventures and missions, with cartoon nudity, crass gay humour and quick one-liners along the way.

Liedman described wanting to create the series as an ensemble comedy without solely focusing on the lead character in an attempt to reflect the LGBTQIA+ community. He said, “It was important to me to build it out… it struck me as a good opportunity to tell the story of the wider community.”

The release of the trailer has been met with some criticism online, with many viewers reacting negatively to Liedman’s reliance on perpetuated stereotypes, in particular, one character named Twink who is characterised by overly exaggerated campiness.

However, with a cast and crew of LGBTQIA+ people, and with Liedman himself a gay man, we think Q-Force pokes fun at the spy genre and by extension provides a tongue-in-cheek approach to LGBTQIA+ stereotypes.