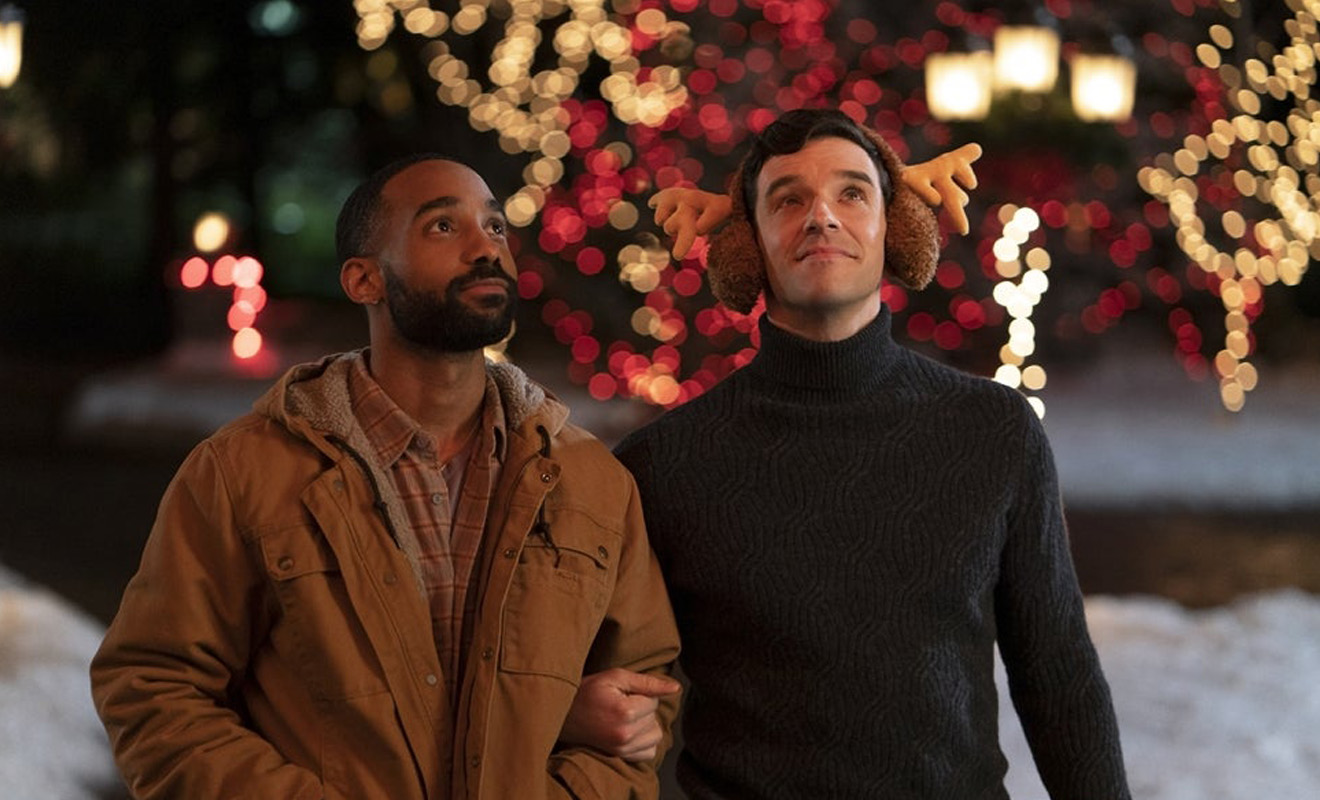 Christmas is about to get a little gayer this year, with Netflix planning to release their first gay Christmas rom-com movie, reports Entertainment Weekly. Titled, Single All The Way, Netflix has released the first images of the cast that features Michael Urie, Philemon Chambers, Kathy Najimy and Jennifer Coolidge.

Written by Chad Hodge and directed by Michael Mayer, Single All The Way follows Peter, played by Urie, as he returns home to his family for Christmas. In a desperate bid to avoid his family’s questions about being single, Peter invites his best friend Nick (Chambers) to join him and pretend to be his boyfriend for the duration of his trip. His plan begins to unravel when his mother (Najimy) sets him up on a blind date with a personal trainer.

Speaking to Entertainment Weekly, Urie said to, “expect pageantry, wine, hunky Santas, a little bit of deception, a whole lotta do-gooding, and Jennifer Coolidge.” He also said, “My mom is Kathy Najimy, my dad is Barry Bostwick and my aunt is Jennifer Coolidge – if that isn’t some kinda gay Christmas miracle, I don’t know what is.”

Single All The Way premiers on Netflix on December 2.