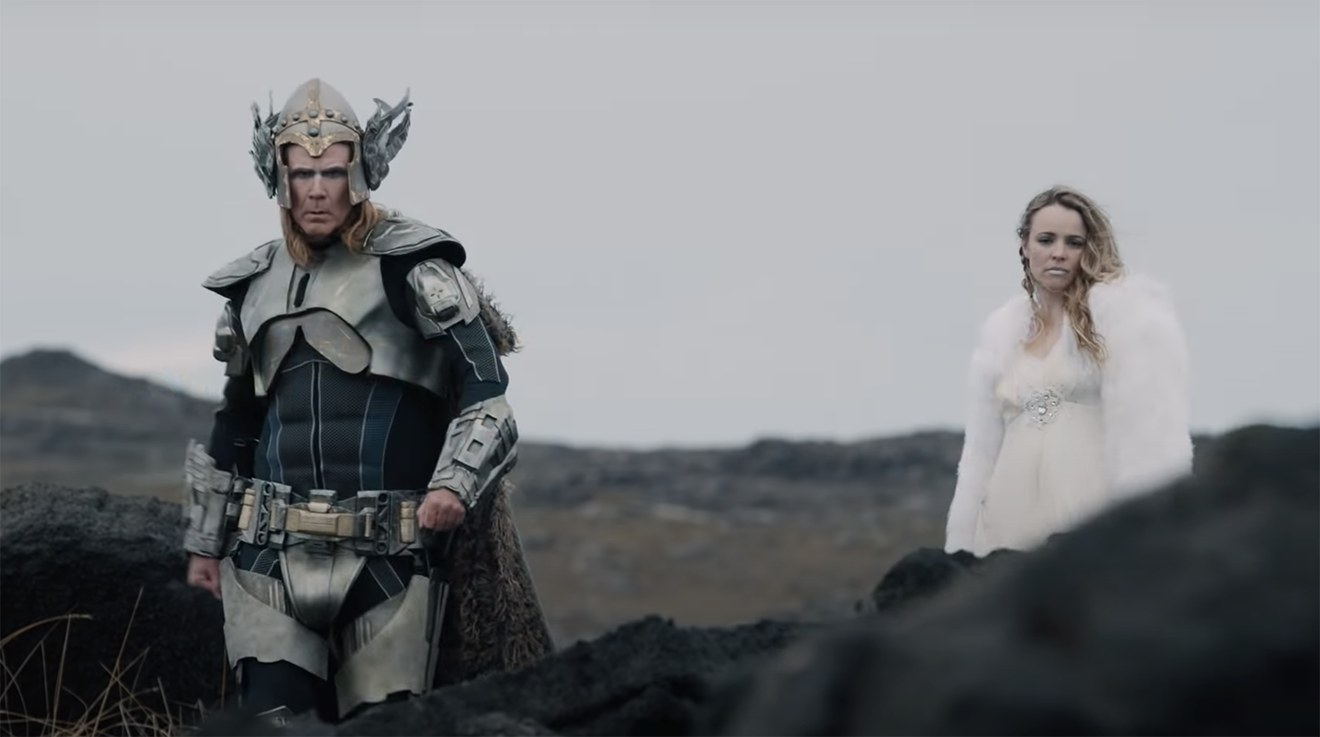 Will Ferrell and Rachel McAdams’ hilarious Netflix feature, Eurovision Song Contest: The Story Of Fire Saga, opens with a throw-back to ABBA signing Waterloo at the 1974 contest… and the cameos just keep coming.

The song-along opens with John Lundvik of Sweden, he is joined by Anna Odobescu of Moldova, Bilal Hassani of France, Loreen of Sweden, Jesse Matador of France and Alexander Rybak of Norway on the violin.

Jamala of Ukraine follows, with Elina Nechayeva of Estonia, and the fabulous Conchita Wurst of Austria, and finally Netta from Israel, who won Eurovision in 2018.

The hamster wheel featured in the movie, with hilariously disastrous consequences for Ferrell, was actually used by Mariya Yaremchuck in the 2014 Eurovision contest.

If you haven’t seen it already, Eurovision Song Contest: The Story Of Fire Saga is now streaming on Netflix. Watch the trailer below.