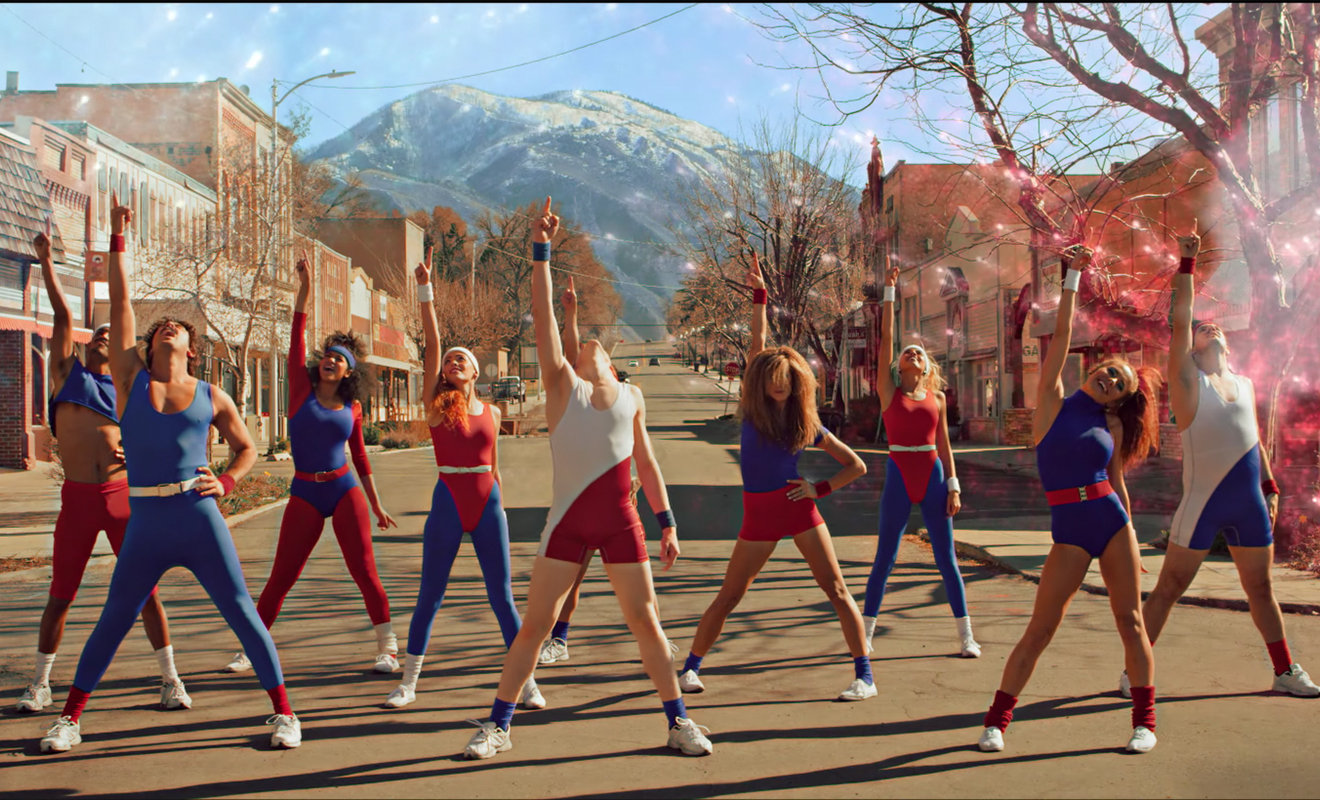 Following their latest nu-disco dance track, Super Disco Club have released a music video for their revival of Happiness by The Pointer Sisters and it features Sadako Pointer.

Breathing life back into this funky track, Super Disco Club have imbued the classic hit with House sounds and an up-tempo beat while maintaining the Disco elements which make Happiness so fun.

As for the music video, if you’re into dance-offs, larger-than-life hair and ’80s style athleisure that would make Jane Fonda proud, then you’ll love what this has to offer. Two teams made up of boys on one team and girls on the other face off in a high-octane dance fever-dream witnessed by the occupants of the small town.

The duo that makes up Super Disco Club say, “We have always loved the original classic disco version of Happiness and wanted to bring it into 2021. We were thrilled to work with Sadako and think she’s delivered an awesome vocal.

“We believe everyone deserves a little Happiness in their lives right now, and we hope our remake of this amazing song brings joy to people’s hearts,” say Super Disco Club.

Sadako Pointer who features on this version says, “I’m honoured to be able to record and perform a new version of Happiness by The Pointer Sisters with Australia’s Super Club Disco. It feels great knowing my family including my Nana Ruth and Auntie Anita both approve and are so supportive. I remember early on when I joined the group hoping for this type of outcome.”

If the name Andy Van rings any bells it may be due to his affiliation with the group Madison Avenue who were responsible for one of the 2000’s most memorable anthems Don’t Call Me Baby. The catchy song is instantly recognisable for its retro beat and modernised disco sound which is a clear hallmark of Van’s work.

For DNA #258, Marc Andrews interviewed Andy Van about Super Disco Club about the revival of disco.

“We’ve both always loved disco and, of course, house music, so we started writing some disco/house tracks to see what we came up with,” said Andy Van in DNA #258.

“Super Disco Club has three singles coming out over the next few months. Hopefully there will be an album in the future. We’re working on a bunch of tracks to keep you on the dancefloor…” said Van.