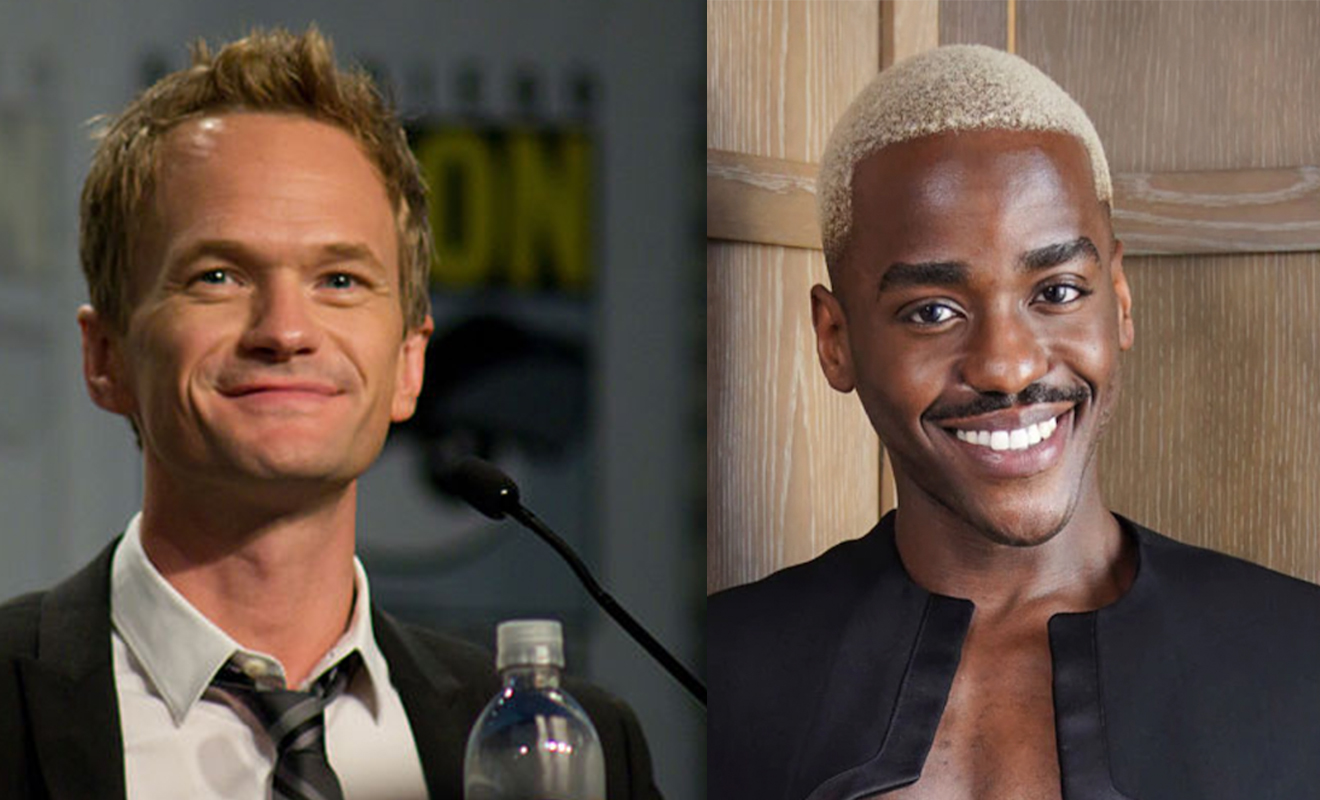 In an interview with Variety, iconic out actor Neil Patrick Harris discussed working with Ncuti Gatwa on the upcoming new Doctor Who. Harris is slated to play a villainous new nemesis across from Gatwa and has revealed that the new Doctor will be gay.

NOT THE FIRST QUEER DOCTOR, HOPEFULLY NOT THE LAST

In the most recent episodes of Doctor Who, Jodie Whittaker’s portrayal hints at a same-sex attraction between the Doctor and her companion Yaz Khan (played by Mandip Gill), reports Advocate.

With a special episode still to unfold, viewers will have the chance to see Whittaker tackle the role one last time and hopefully uncover more of the Doctor’s lesbian leanings. As fans prepare for Ncuti Gatwa’s reprisal of the role, there is already buzz about this being the first time the Doctor has been Black.

Neil Patrick Harris reveals that Gatwa’s Doctor will also be the first version to be gay. “I got to meet and interact with him a bit and he’s glorious,” Harris says. “He’ll be the first gay Doctor, which is going to be super cool, a sexier Doctor.”

It’s actually not that surprising that Doctor Who is getting a gay Doctor; it’s a little perplexing it hasn’t happened sooner. The show has been running for decades but had a notable hiatus after the original series cancellation in 1989. Russell T Davies, showrunner and creator of such LGBTQIA+ hits as Queer As Folk and It’s A Sin, first brought the beloved series back in 2005 with Christopher Eccleston.

Jodie Whittaker is the first female Doctor and Gatwa will be the only gay male Doctor so far – although some fans believe there was a sexual attraction between the Doctor (when played by Eccleston) and Captain Jack Harkness (played by John Barrowman). Generally, however, the Doctor has remained relatively asexual and non-romantic, the exceptions being his falling in love with companion Rose (Billie Piper) and marriage to River Song.

Jodie Whittaker’s Doctor will say her farewells in the special slated for October and fans will welcome Ncuti Gatwa to their screens on November 23, 2023.