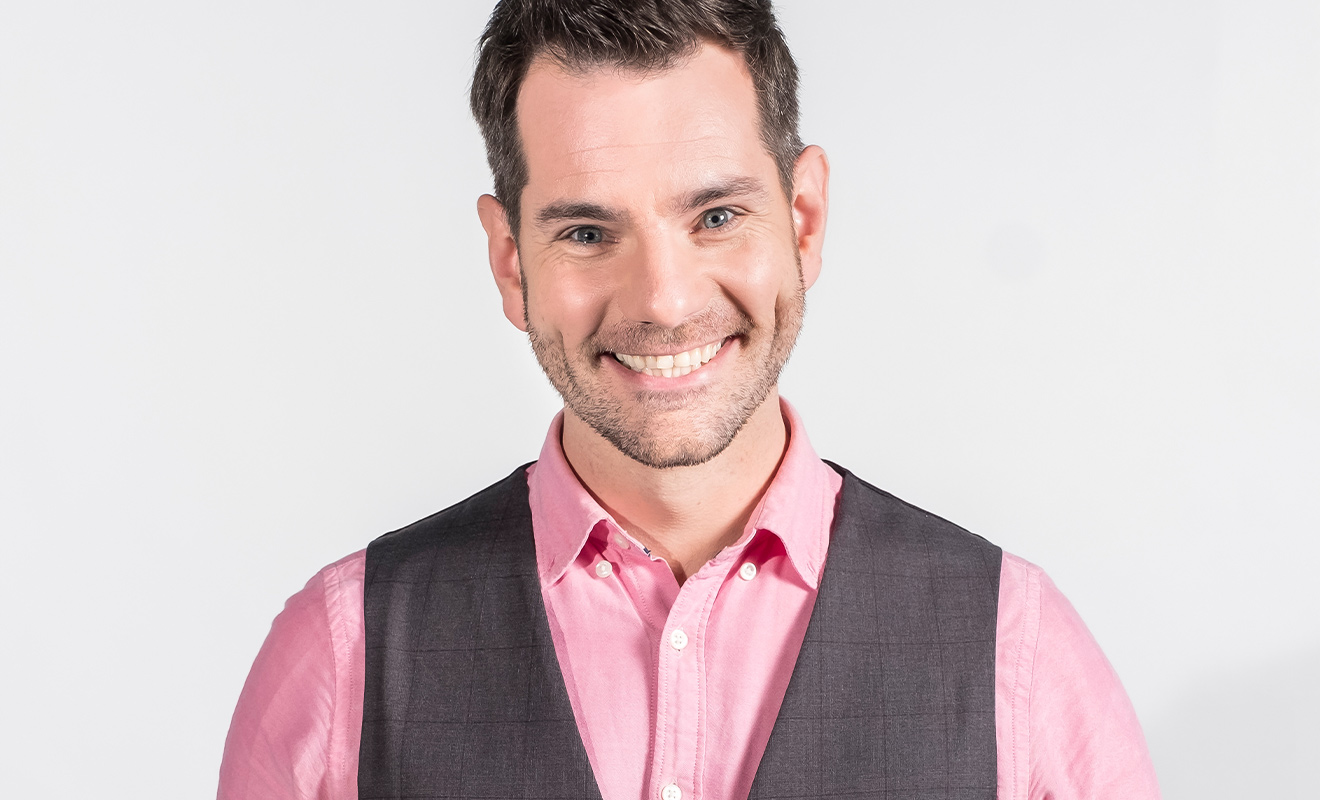 For those of us in Australia, Nate Byrne is part of our breakfast routine as he presents the weather with an unflinching smile and upbeat personality on ABCTV’s News Breakfast.

His infectious personality and openness about being part of the ABC’s first ever Sydney Gay And Lesbian Mardi Gras float was a step too far for one person who DM’ed him via Instagram.

Nate put up a screenshot of the DM to his Twitter account, which shocked and angered him.

“Poofter, now you know why I won’t watch News breakfast! This is a very sick world we live in”

Nate withheld the woman’s identity but instead used the DM as a message for why marching in Mardi Gras is just as relevant today as it was in 1978.

DNA spoke to Nate to find more about his reaction and that of the public.

DNA: How did you feel when you saw the DM? Were there other negative DMs?

I was quite shocked when I first saw it – it’s been a long time since I’ve bumped into that kind of language.

I didn’t get upset straightaway (you’ve got to work a lot harder than that to ruffle my feathers), but I did get angry. It was the active but cowardly nature of it all that really got to me – seeking me out and sending me something personal that you knew I’d see, while making sure that no-one else could.

I didn’t get anything so direct from anyone else on that day, but the person did go on to create two more accounts to send me subsequent messages. There were a few comments indicating that I shouldn’t have a problem with someone else expressing their opinion, some that talked about my sex life, accused me of creating the message for publicity and even one that suggested that overbearing mothers and distant fathers create gay kids.

A low level of that sort of homophobia pops up in my social media interactions fairly regularly, but it was the blatant and ignorant DM that I really wanted to make an example of.

Were there more positive thoughts?

There was an absolute flood of positivity, both before I got that message, and very definitely after I shared it. Those messages came from every corner and every kind of person you can think of. That has been very encouraging hopefully not just for me, but also for someone out there who is surrounded by love and support.

How do you manage your emotional response to a message like that?

I couldn’t believe that pseudoscience from the middle of the 20th Century is still believed by some people out there – that parents’ actions or personalities could impact the outcome for kids.

To suggest that all gay people are the result of bad parenting is absurd and objectively wrong, and once upon a time contributed directly to hatred and shame. It’s old, outdated thinking from the past, and there it should stay.

When you become a public figure for work, do you have to expect your private life will become public and is that fair?

When you’re in the public eye you have to expect a high level of scrutiny, but how much of yourself you put out there is largely up to you. It’s tricky to know where to draw that line, especially if you have never had to do that before. It’s easier than ever for people to find information about you, so I think it’s a good idea to really figure out what you do and don’t want to share, then stick with it. Just because I’m on the telly doesn’t mean anyone has a right to know the ins and outs of my life,

Did you enjoy the Parade and did you party on at the showgrounds?

It was an epic experience! The energy and excitement in the holding area before we stepped off was incredible and probably the largest party I’ve ever been to.

The parade itself flew by, and I was just like an excited kid – I just wanted to wave and boogie for everyone. The ABC has a special place in most Australians’ hearts, and we felt it! I didn’t make it to the official after party, but I did get along to a smaller venue for some much-needed celebration – I was buzzing so much from all of the excitement that I had to dance out some of the energy!

You have very graciously withheld the identity of the person who made the comment. We understand it was a woman, and we suspect it is an older person because of the word poofter, how do we help those types of people understand what it’s like to be LGBT?

That’s a tough ask. It can be difficult to reach people who have held really strong and emotionally-linked views for such a long time. And when we cover ourselves in glamour and sparkle, it can hide the hurt from those that inflicted it on us. In this case, I don’t feel personally threatened, but that’s not the same for everyone facing blatant homophobia. I think we need to show it for what it is and show the person how much love and acceptance there really is out there.