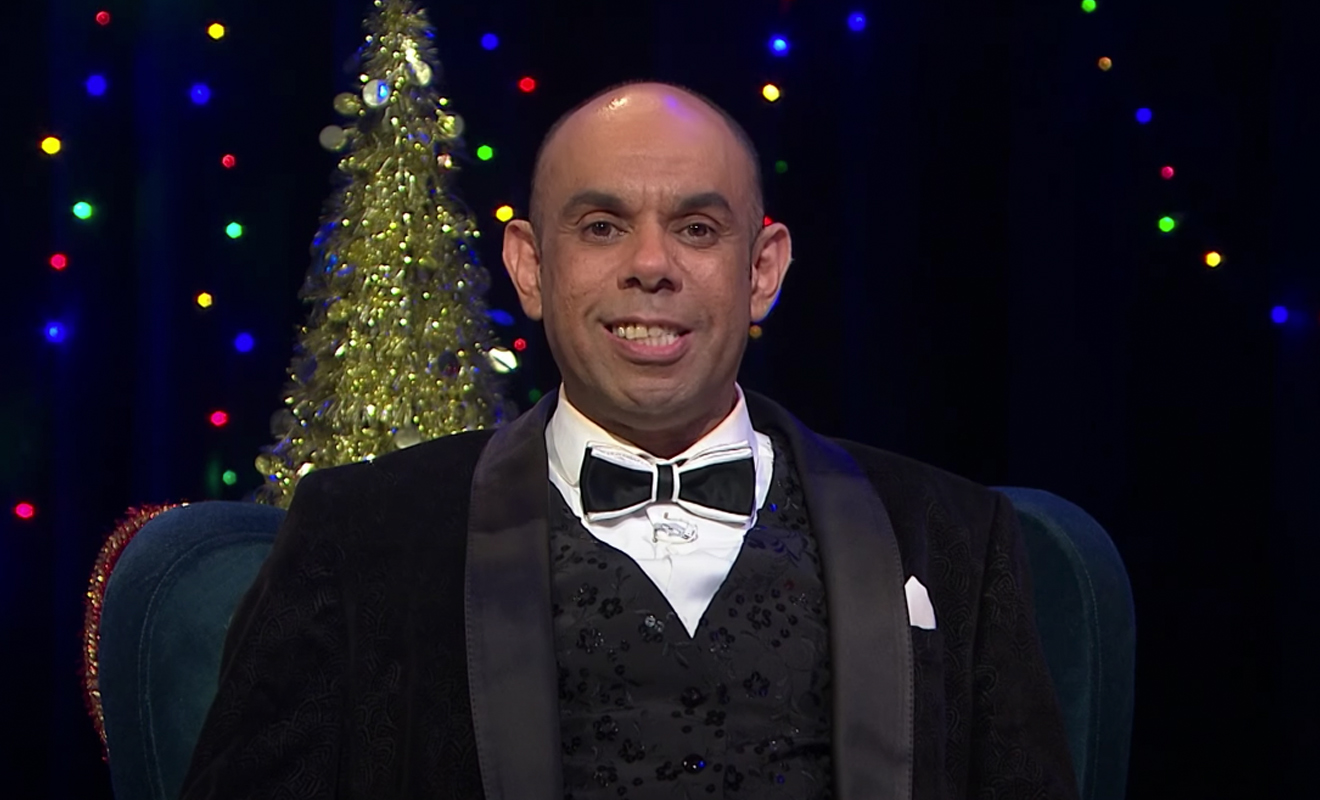 Black Comedy “slut” Steven Oliver is back with a new show called Bigger And Blacker.

DNA: Last time we spoke you were making a second season of Black Comedy. What’s been happening since?

Steven Oliver: What hasn’t been happening! I’ve been working on a game show, a one-man show starring me, a theatre show not starring me but written by me, MC-ing, writing for poetry journals and I’m about to start working on a doco as a writer and presenter. What hasn’t been happening is a bloody love life. Where is the man for me? Probably slutting around, which isn’t a bad thing. I’m just jealous. Ha!

You also made a short film, A Chance Affair about a close relationship between a gay man and his straight friend that gets complicated. Was that based on a life experience?

Isn’t that based on every gay boy’s experience!

In a recent interview you said, “Laughter is medicine but there are days when I just wanna be sad.” How do you manage your sadness?

I talk about it. I’m understanding and respecting me a lot more. I realised I was wasting tears on people who didn’t care for me. Understanding that sometimes people are just arseholes makes you realise you shouldn’t feel stupid and beat yourself up for trusting them.

Who is making you laugh at the moment?

Family and friends. They’re literally my comedy inspirations. I lost a friend earlier this year and the banter between the two of us was extremely special. He’s a friend who became a soul mate and I miss him so much. I still feel the emptiness of him not being here. I will for quite some time… I bet that answer went somewhere you weren’t expecting!

So, when do you make yourself laugh?

Doing this interview! I just did it again. Man, I make myself laugh good, which is nicer than making myself cry because of arseholes. Ha! I should go out with me on a date. So hot!

Gay comedians are doing very well in Australia but a lot of them are fair skinned and blond. Care to comment?

Isn’t that just how a lot of industries are? Sounds like every-day viewing to me. It’s starting to change and look more like life, which is awesome. Comedy needs diversity. Cultural differences make for good humour. This world fucking needs it! And me! It needs me like I need a man, although I only need a man for, like, an hour or two! The world needs me and my sexy arse. Just saying, in a sexyneed- a-man way!

The federal election uncovered racism, homophobia, xenophobia and sexism among so many up-and-coming politicians. Is Australia going backwards?

I think it’s going forward, which is why all the evil sluts are getting louder. The louder they get the closer we get to stamping out hateful rhetoric. Understanding and trusting someone who’s not a mirror image is way too hard for some minds and hearts to comprehend. They’re fighting to retain a power they’ve comfortably lived with that’s now being challenged and they’re scared. It’s still fucked that we have to deal with all their shit but we’re getting there.

The work of a lot of Indigenous people in the arts and media is being broadly recognised at the moment. Are we headed into a good place culturally?

Yes, but we need to understand the connectedness of time and the relationship between all of those who walk upon it. You can’t look to the future without looking to the past because past, present, future are all one thing. Wow! That’s some deep shit! I should definitely go out on a date with me!

Tell us about the show you have at the Adelaide Festival?

It’s called Bigger And Blacker and is not referring my genitals. It’s a one-man cabaret, showcasing my song writing, on the 8th and 9th of June as part of the Adelaide Cabaret Festival. It’s got laughs, feels and songs that are fucking amazing. I may not be able to hold a man but, bitch, I can hold a note. And that’s the slogan I wish I’d thought of when the marketing was being done, damn it! I’m gonna go laugh at myself. See! Just did it again. I should do stand up.