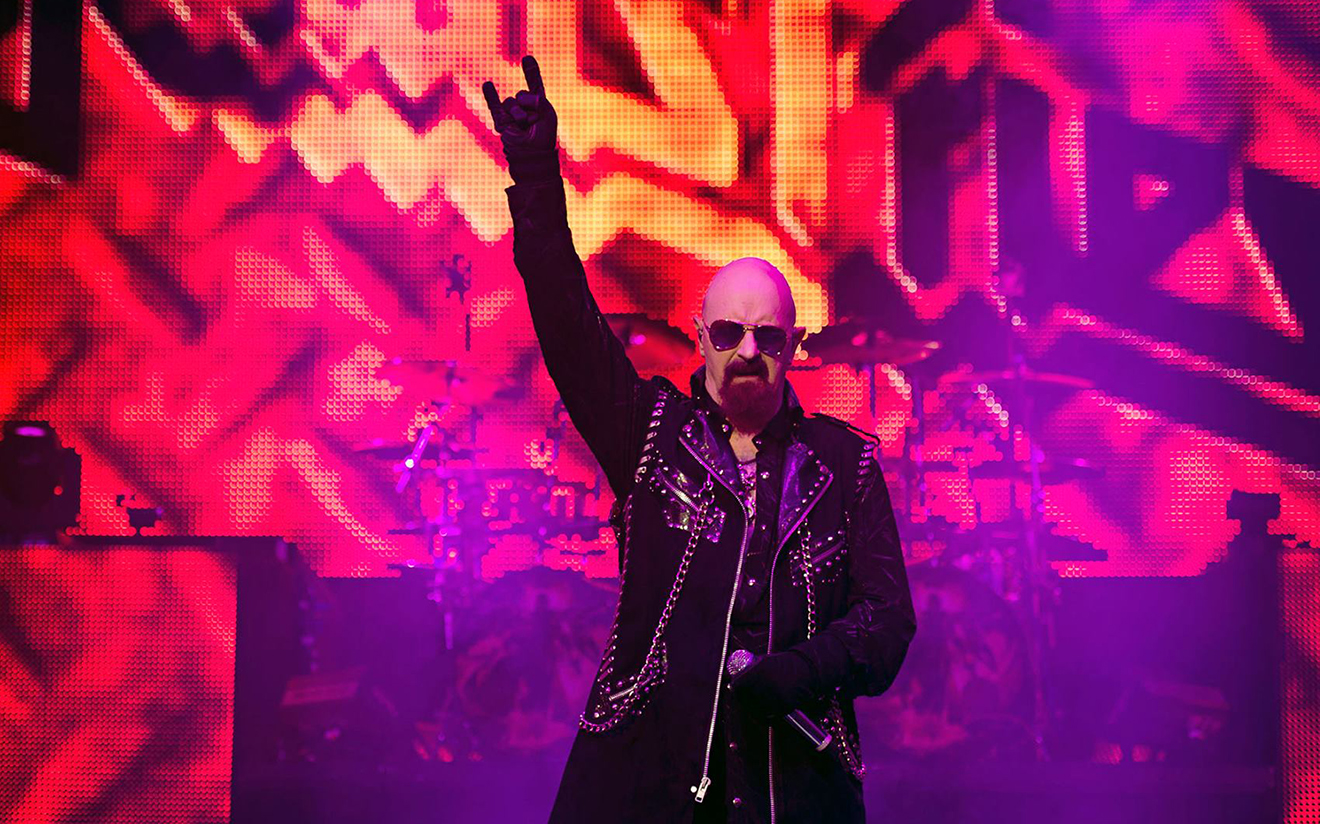 Rob Halford, Judas Priest’s gay frontman, used an interview with NME to call out the homophobia of America’s Christian right, saying “They want you to be scared, and I refuse to be.”

Commenting on the band’s upcoming Christmas album (yes, Judas Priest are releasing a Christmas album) he had this to say: “Don’t get me started on the Christian right pushing the LGBTQ community under the bus. They’re passing laws here where if you’re gay you can lose your job, based on whether the people who run a company follow a religion that doesn’t accept people like us. It’s horrible. America is supposed to be the world’s leading superpower and some of this stuff is medieval.”

“It’s not a country where you feel especially safe, and I do think I feel less safe now,” he continued.

“You are aware that by walking down the supermarket you might get shot. But I try not to let that stuff intrude on my life. The politicians, the media, they want you to be scared and I refuse to be,” Halford said.

Halford went on to say metal music fans are accepting despite what people may think.

“The metal community has always been inclusive and yet we’ve been kicked around like a football over the years,” Halford said.

“It just makes us stronger though. I genuinely believe that metal is the strongest component of rock‘n’roll. It’s still growing – only today I was listening to a new band I really like from my old stomping ground in the Midlands; they’re called Wolf Jaw and they’re great. Metal will always be there. We’ll always be loud! We’ll always be proud!” Halford said.

Halford who came out in 1998 was something of a pioneer. In an interview with Tone Deaf in 2017, he described the reaction of his fans as being one of overwhelming acceptance.

I’d never seen such an outpouring of love from people in all my life,” he says, “the letters, the faxes, the phone calls from everybody in the metal community: ‘Rob, we just don’t care. We want you to be who you are. We want you to sing those songs. We wanna come see you.’ And that was a tremendously uplifting moment for me. And it was also a tremendously uplifting moment for metal,” Halford said.