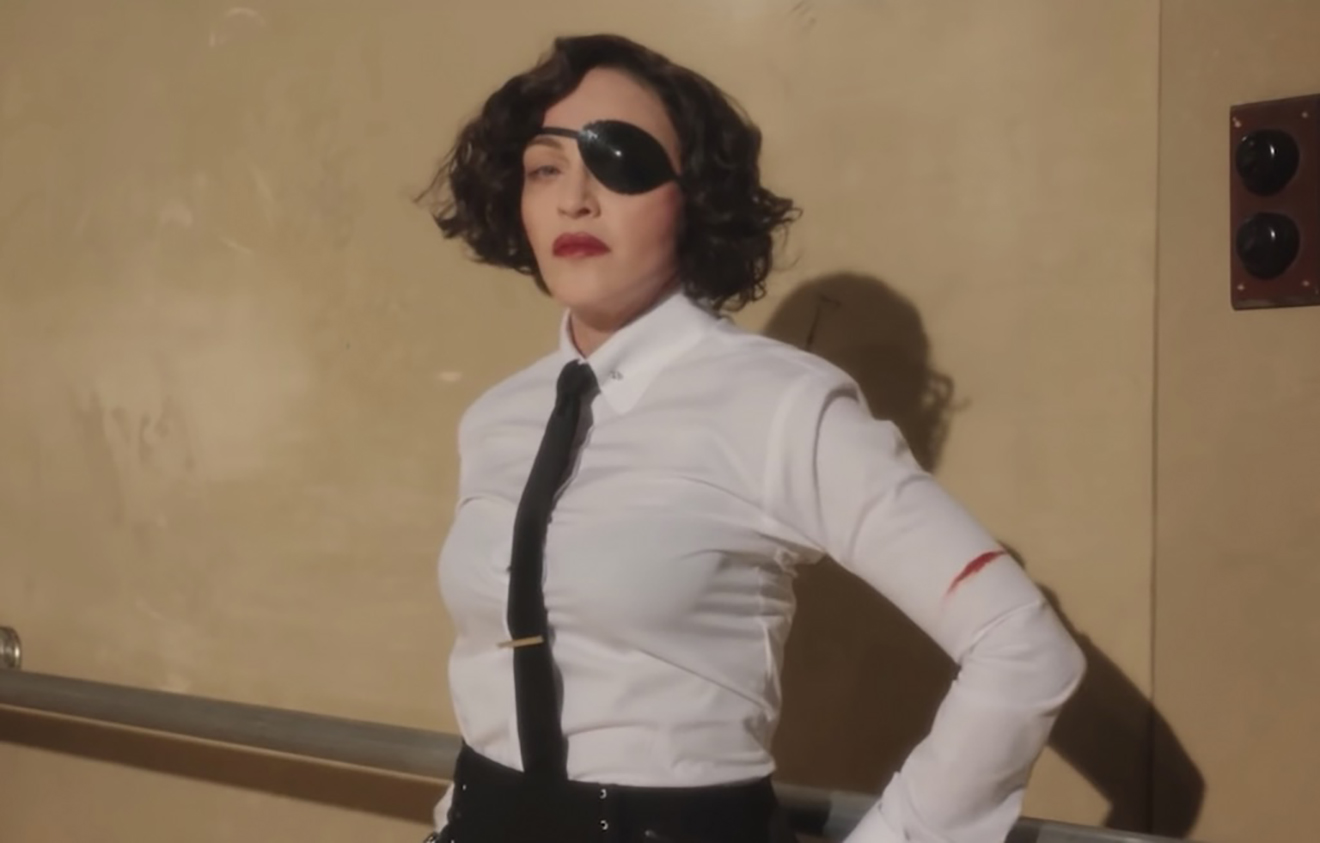 This sleek, chic house music #1 from 1990 took inspiration from Harlem’s late 1980s gay vogueing/ballroom scene and continues to “give good face”. Season two of Ryan Murphy’s boldly beautiful Pose TV series picks up on the day this single was released and how Madonna cast a mainstream pop culture light on the striking ballroom scene.

Written with Lenny Kravitz and arguably her most seductive song ever, the video was a faux Parisian celebration of pansexuals, crossdressers, lesbian kisses, fetish voguers and Mads in the thick of it having the time of her life with her bisexual toy boy, Tony Ward.

Nowadays everyone’s hip to ABBA, but in 2005 Madonna was only the second artist allowed to sample the Swedish supergroup (after Fugees). Lifting the nifty riff from 1979’s Gimme! Gimme! Gimme! A Man After Midnight (recently covered by Cher) it camped atop the charts becoming her biggest dance floor hit of this millennium so far.

V  I’d Rather Be Your Lover

Originally this thumping R&B tune from 1994’s Bedtime Stories album featured a rap by her then beau, Tupac Shakur. After the soon-to-be-deceased rapper dumped her, saying it wasn’t cool for him to be seen dating a white woman, Mads got her own back by asking lesbian artist Meshell Ndegeocello to coo a girl-on-girl rap instead.

With more #1 dance hits than any other artist, Madonna is not just the queen of gay hearts but queen of gay bars. That was finally acknowledged by the music biz when this track’s fab Club 69 remix (by late great gay Austrian DJ Peter Rauhofer) won a Grammy for Best Dance Recording in 1999. Like Madonna, we also love a good 12”.

Boasting a cry-for-help confessional rap from Nas, this underrated gem from 2015’s Rebel Heart album details how Mads modestly “came, saw and conquered”. It also has a major shout out to her gay fan base: “When it came to sex I know I walked the borderline/ When I struck a pose all the gay boys lost their minds”. Still losing it, too.

While Vogue received the bulk of the chart attention back in 1990, its sly follow-up, also from the Dick Tracy soundtrack, was a smaller yet more perverse hit. With lines like “Dick, that’s an interesting name!” and “My bottom hurts just thinking about it!”, Madonna was in a right mood for a spanking. She got it… and got away with it, too.

X  In This Life

Among all Madonna’s saucy songs lest we forget this stark ballad from the Erotica album chronicling the gay men in her life lost to AIDS, including her early NYC days BFF and the wise dance teacher who set her spirit free. Mads only ever performed this live on 1993’s The Girlie Show tour, but it remains a truly impressive instant. Sob.

Madame X is released through Universal Music. For more go to Madonna.com

Madame X is out now.