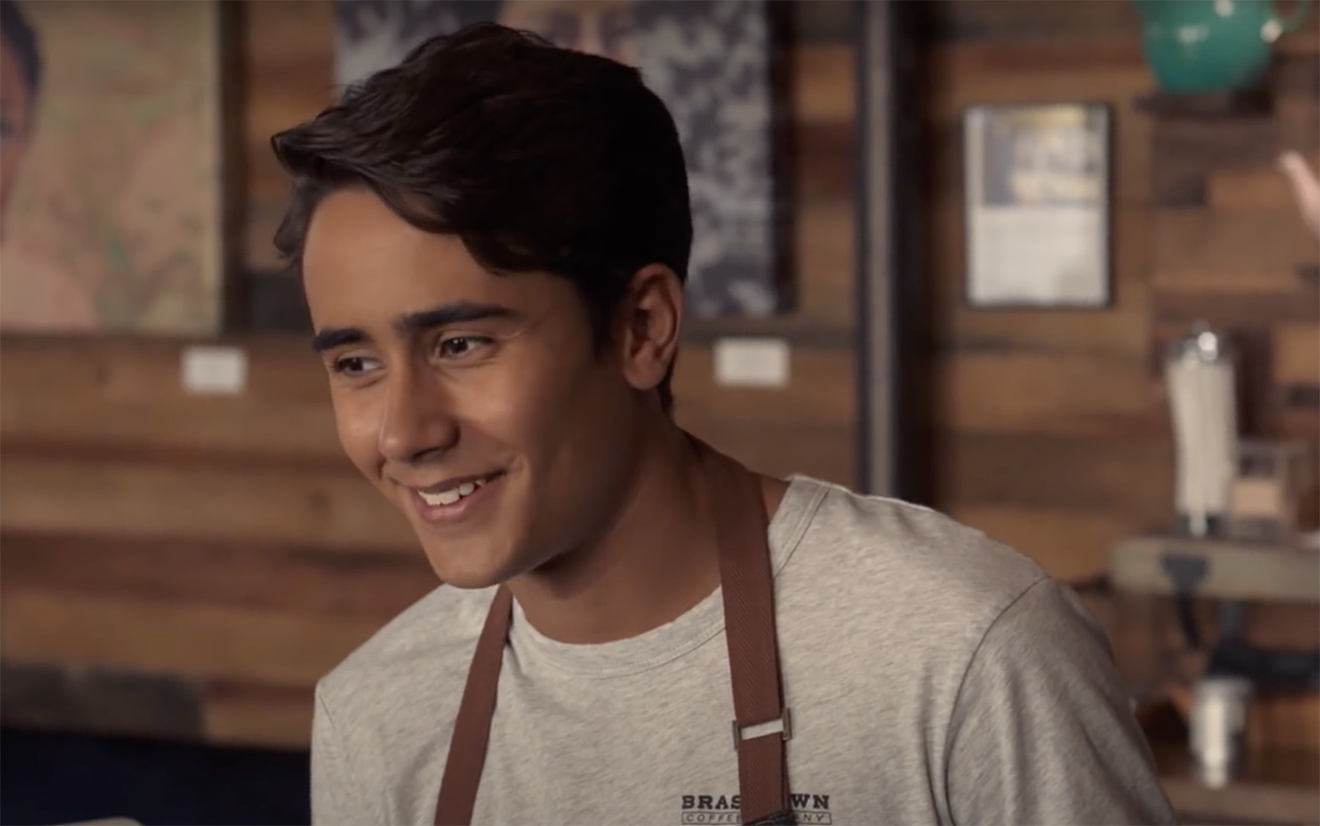 Brian, who worked on the episode told the LA Times he wished the series existed when he was younger especially with its openly gay NBA player, Jason Collins and drag show emcee Katya Zamolodchikova.

Tanen described Boys’ Trip, as a deeply personal experience and was emotional when pitching the idea.

“I remember feeling emotional while pitching the idea, because it felt to me like exactly the sort of episode that I wished I’d been able to see when I was a teenager,” Tanen told The Times.

“The fact that you could go to a place and be surrounded by like-minded people and be welcomed into their community. And to have those people tell you that your life was going to be amazing. Those are exactly the sorts of things you need to hear when you’re struggling with that,” Tanen said.

In Boys’ Trip, Victor (Michael Cimino), leaves his small town and strained relationships by fleeing to New York to meet up with Simon Spier (Nick Robinson), an openly gay teen from the 2018 film Love, Simon whom Victor has been messaging for advice about his sexual orientation and identity.

“A lot of the events from the episode are inspired by the experiences of our largely LGBT writers room, talking about the formative first experiences they had in coming out,” Tanen said.

“So for example, the moment where Bram [Simon’s boyfriend, played by Keiynan Lonsdale] first kisses Victor on the street was reflective of when I was first coming out in New York City. I remembered noticing and being surprised that other gay people always greeted each other with a kiss. This felt just alien to me. And then that first experience of going into a gay bar was something that we’d all felt,” Tanen said.

Tanen described Victor’s experience in New York an opportunity experience gay life outside of the town he lives.

“We wanted [Victor] to see what it might be like to go to New York and see just an array of different queer people living their best lives, thriving and being and living the fun, exciting life of a young person in New York,” he said. “So we knew we wanted to cast it with a group of young actors that were not only racially diverse but also encapsulated the entire umbrella of LGBTQIA identities.”

In addition to calling on his and his fellow writers’ personal experiences to write Boys’ Trip, Tanen also made sure to consider those who would come after him, seeing the episode as way to communicate with the rising generation of LGBTQ youth.

“As a gay writer, I have rarely had the opportunity in my career to speak so directly from the heart to young gay teenagers who are struggling with the same things that I went through when I was their age,” he said.

“Victor is really worried that being gay is going to make his life harder — and now in retrospect, as an adult, truly all the best parts of my life have come from being gay. And we really wanted this episode to tell that story, the idea that not only is it something that you should accept about yourself, it’s something that is going to be the great joy of your life,” Taren added.

If you haven’t caught the show yet, check out the below clip for the show’s best bits.