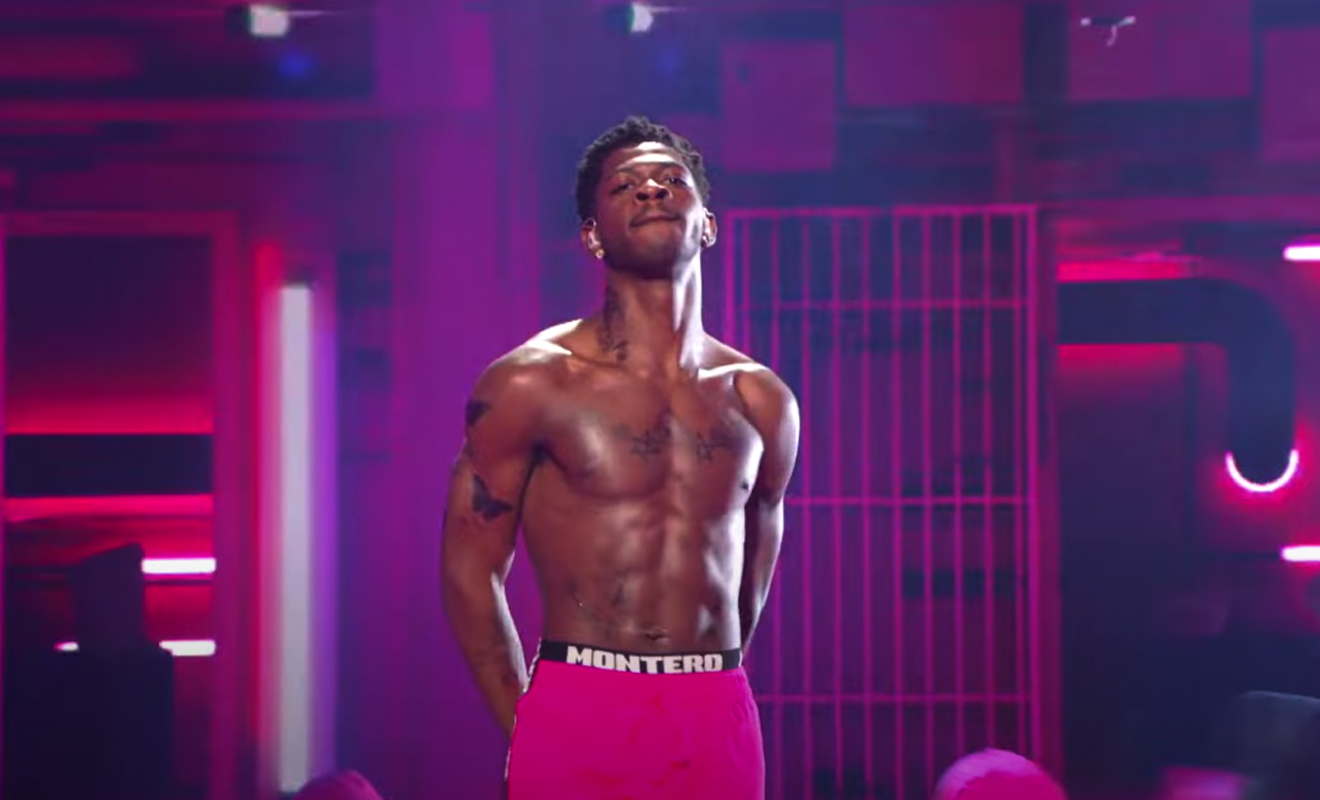 Lil Nas X performing at the VMA's (MTV/Screencapture via Youtube)

Lil Nas X has won the Video Of The Year Award at the MTV Video Music Awards for Montero (Call Me By Your Name). The 22-year-old beat out other popular contenders for the award, such as Cardi B and Megan Thee Stallion for WAP, Doja Cat and SZA’s Kiss Me More and The Weeknd in Save Your Tears.

Upon receiving the award, Lil Nas X said, “I want to say thank you to the gay agenda!”

Earlier in the night, the rapper who is no stranger to controversy, performed his newly released track Industry Baby alongside fellow rapper Jack Harlow. Donned in a hot pink marching uniform and flanked by a marching band, Lil Nas X performed his track in front of a prison emblazoned with his first name, Montero. Later in the performance, he and his marching band stripped down into sparkling pink underwear for a rendition of Montero (Call Me By Your Name) in a set resembling prison showers.

Upon accepting his award, Lil Nas X invited Madrequs Harris on stage with him. Harris, the director of community investments at the Southern AIDS Coalition, wore a black prison uniform with the number 433, 816 on the back in red. According to GLAAD, this number represents the number of people living with HIV in the South of the US.

Lil Nas X was recently honoured with The Trevor Project’s, Suicide Prevention Advocate of the Year award. He is also featured as one of our Sexiest Men Alive for 2021 in #260. Check him out here!