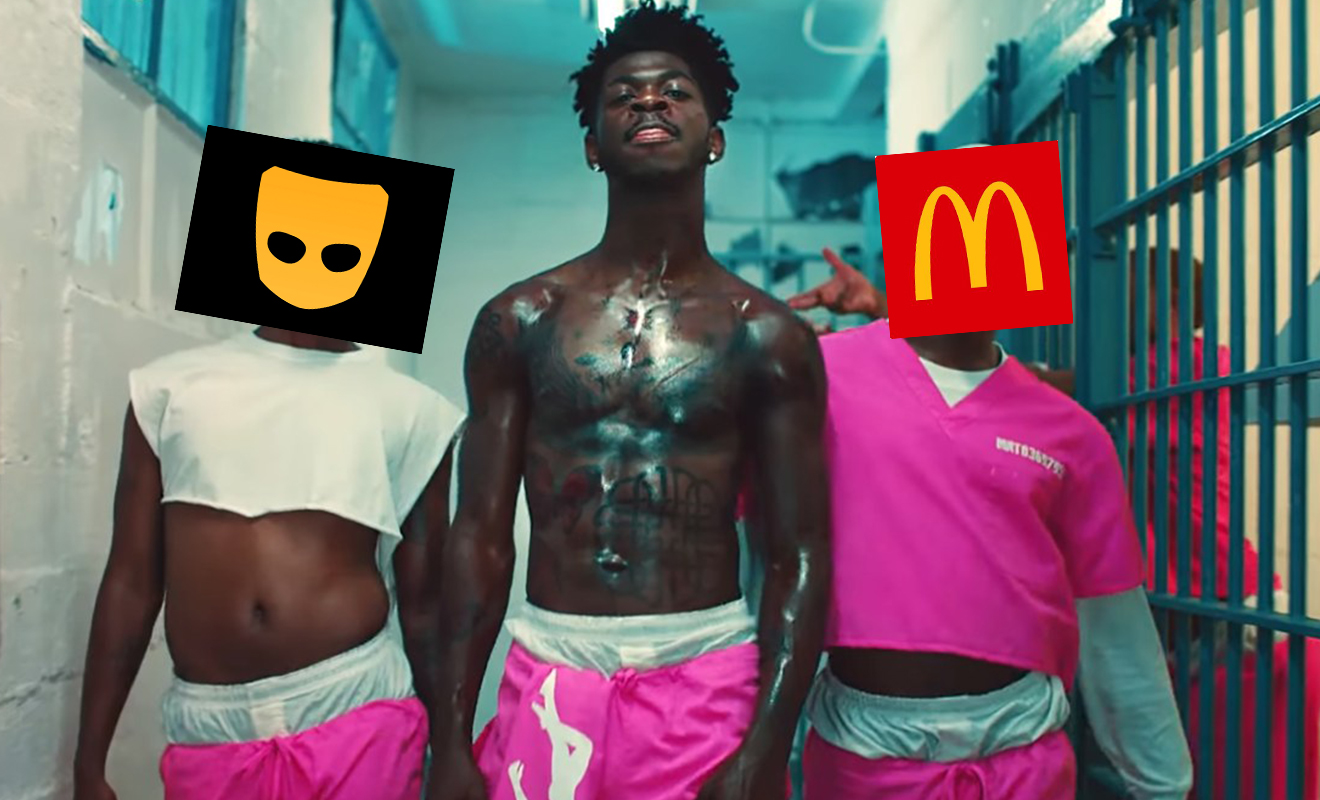 SOMEONE TAKE THIS MAN’S PHONE AWAY

Lil Nas X’s core demographic is made up of younger listeners, many of whom are chronically online. It’s this understanding of internet subcultures that has led the singer/songwriter to engage in fake partnerships that are admittedly very funny.

Among the list of brands Nas is “partnering” with are Grindr, homophobic dog and MacDonalds (not to be mistaken with McDonalds). For his Grindr partnership announcement, Lil Nas put a post up on his Twitter feed that read, “Free cock when you presave my new song today.” Alongside that he put the link to pre-save Late To Da Party with a badly made fake Grindr ad. The dating app’s official Twitter joined in on the meme by retweeting with, “Everyone hurry up and presave while you can, we’re running out of cock!!!”

If you’re not familiar with homophobic dog, it’s a series of memes where a goofy looking dog is shown in various photos captioned with homophobic sentiments. It’s sort of in the same vein as the Millie Bobbie Brown fake homophobia memes.

Capitalising on this, Nas of course had to announce his collaboration where pre-saving his song gets you the opportunity to be called a f-slur by none other than homophobic dog. He wrote, “calling you the famous word as seen on auntie diaries by Kendrick Lamar,” referencing how Kendrick rapped the f-slur on a track in his recent album.

Then, who could forget, Lil Nas X’s partnership with MacDonalds. The real fast-food chain has been known to partner with the likes of BTS, Travis Scott and The Kid Laroi. Each time, the artists would create a meal from the menu that could be purchased by fans with special packaging. We knew Lil Nas would take a different approach. “So happy to announce i am teaming up with macdonalds to give out FREE BBLS to the first 1,000,000 ppl to presave my new single!,” he wrote on Twitter.

It’s unhinged, but so effective with his audience. Memes rule Twitter and to be aware of them is to hold social currency. Lil Nas X might just be a genius PR strategist by poking fun at the partnerships being perpetually announced from brands and content creators. It’s a known fact how difficult it is to achieve mainstream success while maintaining an authentic-feeling proximity to your fans. One scroll down Lil Nas X’s Twitter page and many would agree that he has achieved just that.