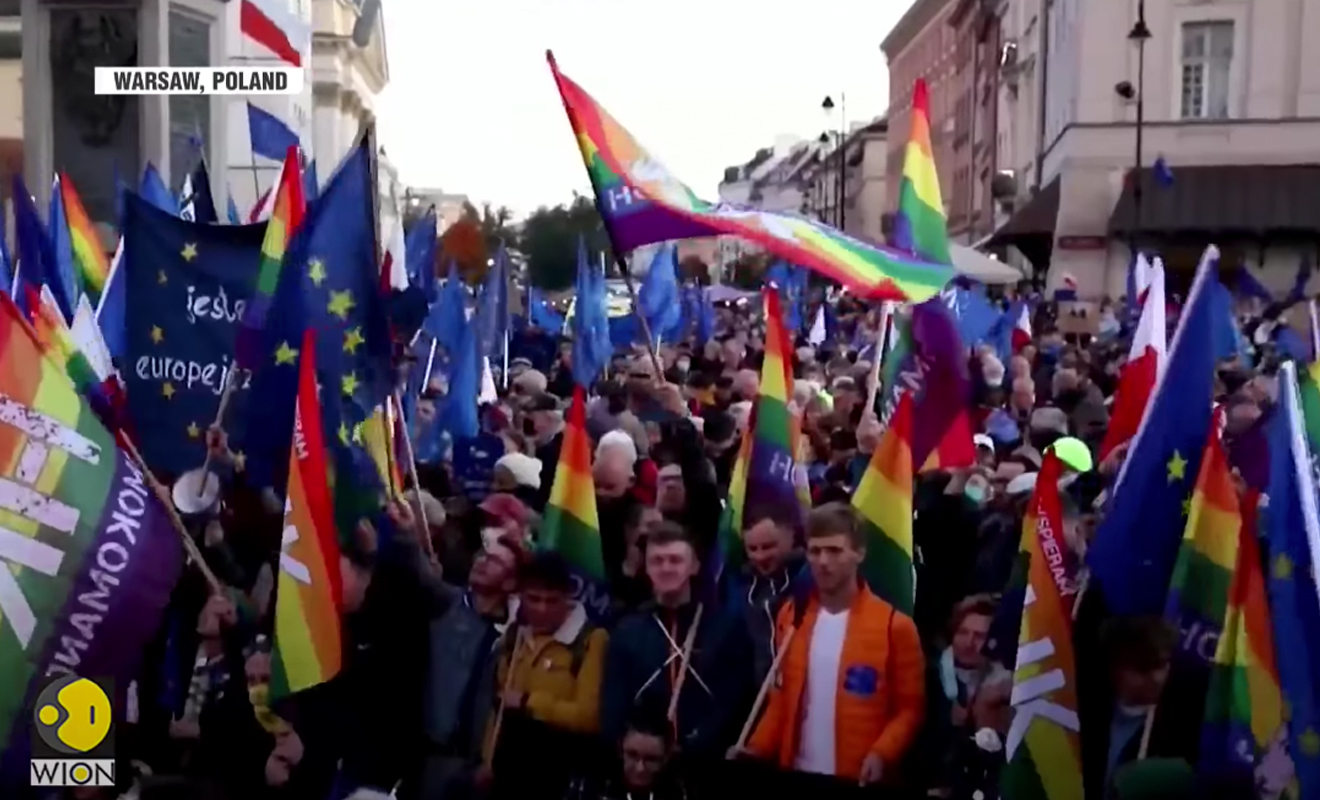 The LGBTQIA+ community in Poland are potentially at risk of further discrimination after the Polish high court challenged the primacy of EU laws, reports Euronews. As a member of the EU, Poland must uphold the ‘primacy of European Union law’, meaning, the laws of the European Union must take precedence over potentially contradicting laws of individual nations or EU members.

In March, Poland’s prime minister Mateusz Morawiecki introduced the case to the Polish High Court after clashing with the EU over LGBTQIA+ rights and other issues. The court ruled last week that the country’s EU membership did not give EU courts supreme legal authority and that their laws clash with the Polish constitution. LGBTQIA+ groups are concerned that the ruling will allow even further discrimination of LGBTQIA+ people after numerous towns and regions in the country made pledges to oppose ‘LGBT ideology’ in recent years, and have incited a number of hate crimes and hate-based violence against LGBTQIA+ people.

European Commission President, Ursula von der Leyen, released a statement saying the EU were, “deeply concerned,” over the Polish Court’s decision. “Our utmost priority is to ensure that the rights of Polish citizens are protected and that Polish citizens enjoy the benefits granted by membership of the European Union.”

Protests erupted in Warsaw over the weekend, gathering to defend the EU out of fears of a potential ‘Polexit’. Protestors chanted, “we are staying!”, held signs saying “we are Europeans” and waved EU and Pride flags.

One of very few LGBTQ+ inclusive mayors, Rafał Trzaskowski, expressed his concern about the court ruling, saying, “It is difficult to imagine a more serious breach of the obligations of a member state than the ruling of the pseudo-tribunal.”