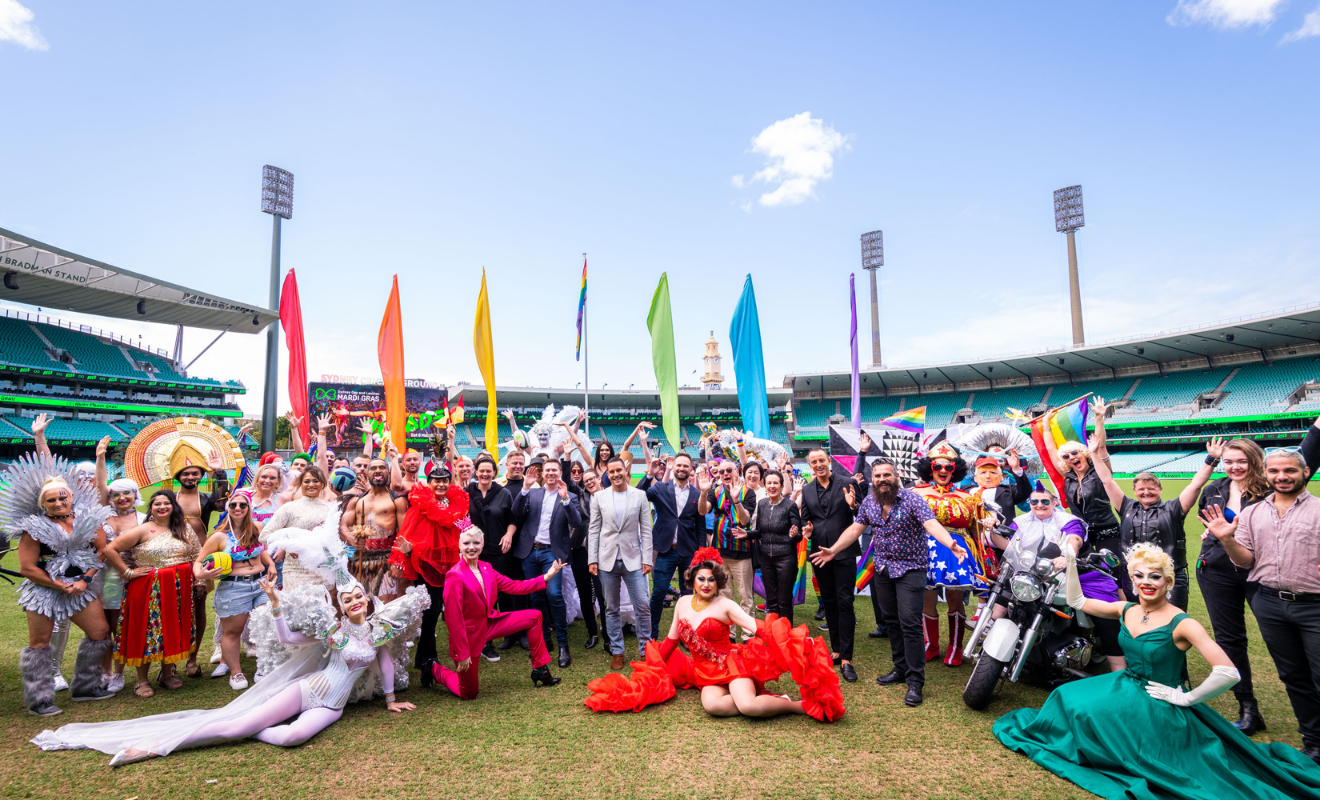 On Saturday 6 March, passion and pride will take-over the usually sports-mad Sydney Cricket Ground in a dazzling celebration of self-expression for the 2021 Sydney Gay and Lesbian Mardi Gras.

Arguably the biggest night of the year on the LGBTQIA+ calendar, Mardi Gras Parade remains a source of hope and euphoric display of creativity for its communities – showcasing issues and achievements from the past 12 months through costuming, satire and limitless joy.

This year, 5,000 marchers, across 120 parade entries will take to the field in a vibrant display of diversity and unity.

As in previous years, SBS will bring the colour and magic of the parade to life, broadcasting live for hundreds of thousands tuning in from home, as well as COVID-Safe Mardi Gras viewing parties taking place around the country.

This year’s Mardi Gras theme is RISE, a call to action that now is the time to rise again through love, compassion, respect and understanding. The theme is a poignant message following the challenge and hardship of 2020, with Parade entries incorporating it into their final concepts.

First Nations
ACON’s Aboriginal Project and BlaQ Aboriginal Corporation present the community-led First Nations entry, which will once again lead the opening of the Parade. A favourite every year, the First Nations float is always a brilliant showcase of the Aboriginal and Torres Strait Islander LGBTQI+ community.

Haka For Life
Haka for Life is a Perth-based suicide prevention organisation, in collaboration with Corroboree for Life, that empowers Maori and Aboriginal people through dance, including those that identify as LGBTQI+, to connect with culture through dance. This year, Haka for Life will present a strong and powerful Haka, with traditional Maori costumes, decorated with a touch of rainbow flair.

Use Me Up, Wear Me Out
Use Me Up, Wear Me Out are a group of friends who are committed to keeping Mardi Gras creative, artistic, progressive, and politically and culturally relevant.  With a deep-rooted concern for the environment, this parade entry will use upcycled materials to create their colourful costumes, becoming a physical expression of consumerism, commercialism, waste, and the climate crisis.

P.I.N.K. F.L.A.M.I.N.G.O.S.
With an exhaustively long name, The Politically Inspired, Non-violent, Kind & Fabulous LGBTQ+ & Allies Marching In Notorious Group of Satirists (aka Pink Flamingos), are bringing back their rainbow army to celebrate the removal of one-term President Trump, marching him out of the oval office on Parade night. Taking his “I always win’ mentality in their stride, expect a true spectacle, complete with an appearance by Trump himself, in a baby’s diaper of course.

Trikone Australia
Founded in 2007, Trikone Australia is a non-profit, volunteer-led social-support organisation for LGBTQI+ people of South Asian descent living in Australia. Always delivering with colourful and out there costumes, the key message of Trikone’s entry will be rise and the uplifting of everyone on the LGBTQI+ spectrum.

The 2021 Sydney Gay and Lesbian Mardi Gras Parade is supported by the City of Sydney, Government Partner and Sponsor of the Mardi Gras Festival and the NSW Government through its tourism and major events agency Destination NSW.

Buy tickets and get more information over at www.mardigras.org.au.