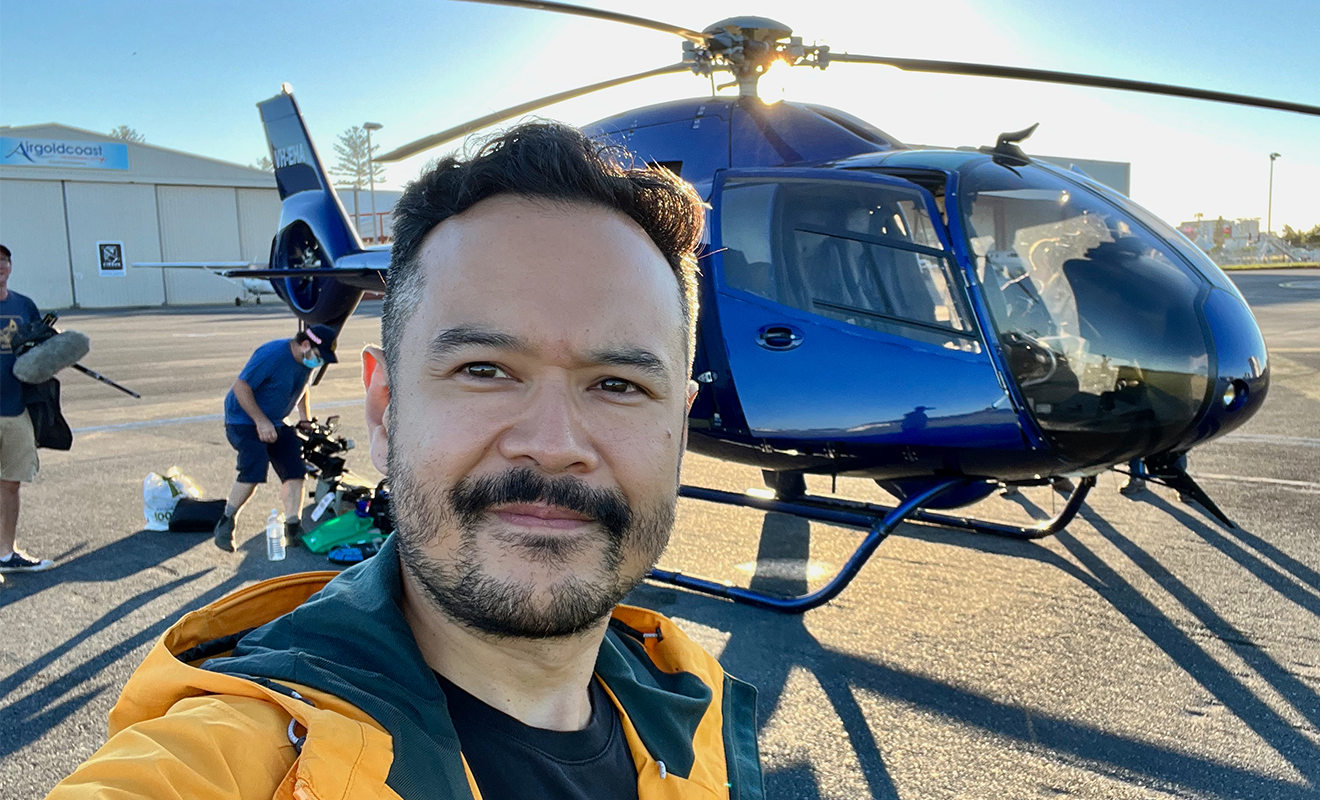 DNA: In the newsroom, if there’s an Asian story, you give it to the Asian reporter; a queer story to the gay reporter. If it’s a gay Asian story do they say, “Where’s Jason?”

Jason Om: Over the years the landscape has changed. When I started in the early 2000s, I decided not to do gay or Asian stories. Just do stories on their merits. After 18 years I’ve only recently been doing stories affecting Asian Australians or LGBTQIA+ stories. Now it’s seen as an advantage in the media, that you can inform your reporting with lived experience.

I’ve done stories on 7.30 about cultural diversity and the Chinese Australian community. I’m not Chinese, but my Asian background gives me some credibility and access because people trust you more. But I’m not pushing a barrow – I know what is and isn’t a story.

You’ve been patronised because you’re Asian – turning up for a story and being sidelined because it was assumed you were not the producer, correct?

It’s true, sometimes you’re not seen as an authority figure because you’re Asian. In 2019, we went to a bushfire and we were trying to get through this roadblock. I was sitting in the back… and the cop focused on the guys up front, asking for their passes and ignoring me. He called me, “the lad in the back”. We drove through and I said to the guys, “I’m not a lad, I’m like really old!” I might have this youthful-looking face, and people think I’ve just come down in the last shower, but not the case. Asians are often seen as though we’re supposed to be there to serve.

In the book you ask, “Would you trust a face like mine to read the news?”

The news business is about trust; it’s what we trade on. There are some ethnic minority faces on TV now, but I challenge you to think about that. Would you trust a non-white face to tell you the news? It’s all about authority and power. Can you trust a gay person to be unbiased?

In the book, you describe finding your mum having a heart attack. What happened?

I was 12, sitting in the lounge at midnight. Dad was at a wedding. Strange noises were coming from mum’s bedroom. I found her flailing on the bed. She tried to grab me, struggling to breathe. I was terrified. I didn’t know what to do.

I called grandma and have regretted it ever since. I should’ve called the ambulance first. I did CPR on mum and the ambulance came. Dad came later. I felt guilty because I wasn’t able to save her. I put a wall around it to block it out. That’s how my body reacted. And I carried on with my life. It was my first year of high school and my next goal was to plow through to year 12.

She told me she’d had a nervous breakdown, but that’s a euphemism. When I got to the 20th anniversary of her death, which coincided with grandma’s death, feelings came crashing back and I had to confront my confusing childhood.

I didn’t know if she even loved me because when she was in a mood, she’d say, “Oh, Jason, you’re a mistake,” or “Get outta my sight”. Or do cruel things like throw out a Mother’s Day gift I’d made or dump my pet kitten.

Your dad really battled with your being gay. He was from a generation which didn’t talk about it. When did your dad embrace you as a whole man?

Only in the last five years. He was in denial for 15 years. I came out to him in 2001. In 2016 he proposed an arranged marriage to a woman, so he still didn’t get it. I needed to know how he was gonna vote in the same-sex marriage vote. I confronted him. If he’d said he was voting no it would’ve ended our relationship.

I did a story on 7.30 about same-sex marriage in which I read all these positive messages of support from the public. It was a revelation to him. He emailed me, saying he was going to support it, too. It was a total turnaround. He’d gone from 15 years of denial to wanting to see more of me in the Mardi Gras broadcast!

He simply wrote “I vote a yes” and moved on.

You were called a mistake by mum, you were ignored by dad. So when you found love in a guy’s arms the idea of feeling desirable was foreign, and exhilarating. That’s universal, not just due to your Cambodian heritage. What have you observed about Australian guys?

Even more broadly, men in general have issues with intimacy, and getting close to each other. It’s a contradiction because being gay you want to be close to another man. But sometimes for us gay guys going deeper is challenging. That’s because of the rejection we generally all go through as gay men.

And when we do get close, there’s a tendency to push away. It’s a very male thing. We tend to joke about stuff, fall into blokiness, not taking things seriously. Blokiness is a bit childish; we like being free to be teenagers and not grow up.

We want be able to do whatever we want without consequences or rules or restrictions. Sometimes we have to realise there are actually other people apart from ourselves. And it’s a leap. We just want to be that teenager doing whatever he wants.

All Mixed Up by Jason Om is published by HarperCollins.

Read this interview in full in the next edition of DNA.