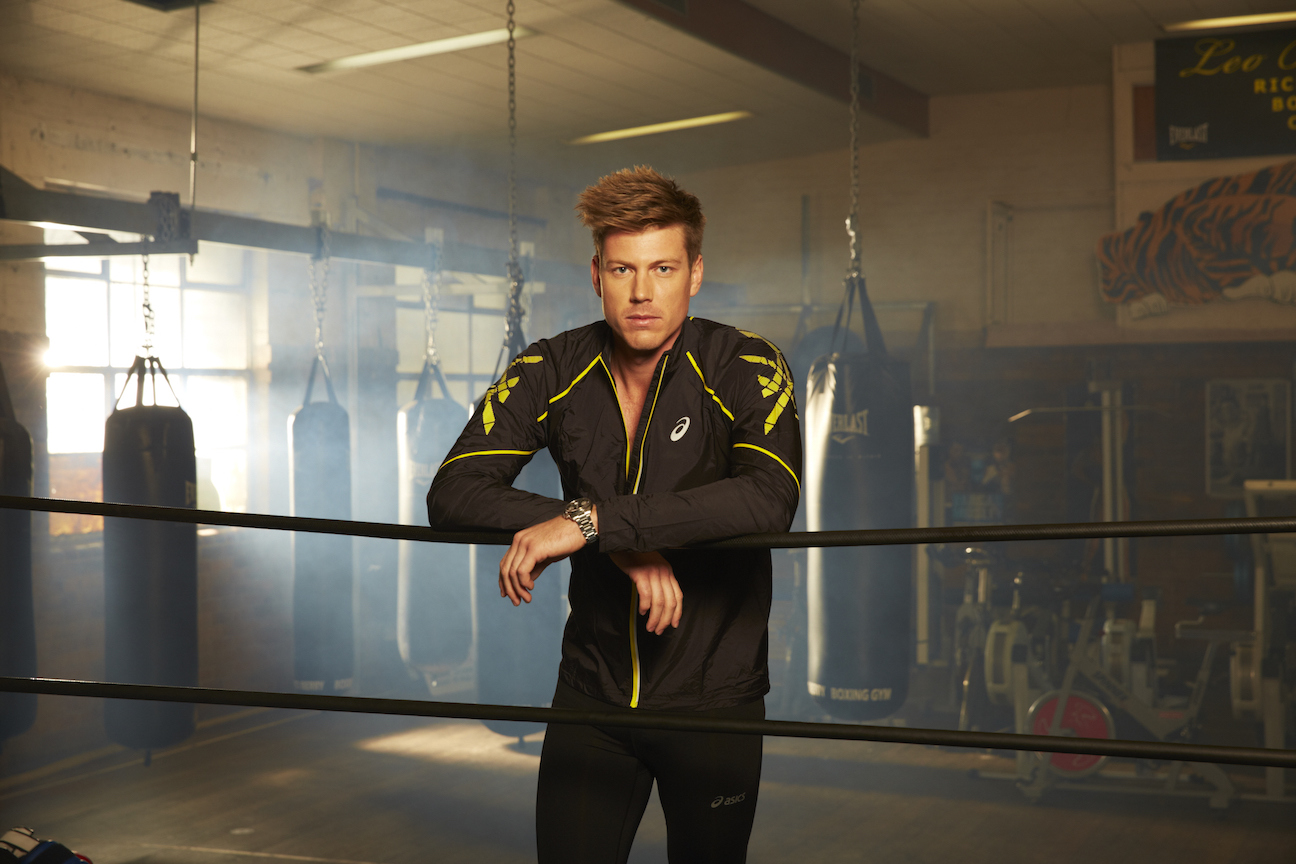 Aussie pro-cricket player James Faulkner outed himself on Instagram on Monday in a picture of himself having a birthday dinner with his mum and his “boyfriend” of five years, Rob Jubb. However… it was a joke. He has since posted, “I’m not gay, however, it has been fantastic to see the support from the LGBT community… Love is love.” He also explained that Rob is his housemate and “just a great friend”.

James, previously a DNA Straight Mate, told us back in DNA #179, that if he were gay he’d choose a team mate. Here’s that interview…

DNA: If you were gay, who would you go for?

What did you think of Ian Thorpe coming out? What he’s done for Australian sport and the Olympics is phenomenal, and I’m sure he’s got the support of everyone. I think anytime you tell the world something personal like that, it would take a lot of courage, so credit to Ian. He obviously wanted to get it off his chest. I wish him all the best, like everyone else does.

Did you know that in the cricket world you’re known as “the Comeback Kid”?I didn’t know that! It’s good to be known as a sportsman, and I guess if people want to refer to me as that, it’s great. But I just have to make sure I keep performing!

Every time you get to play for your country it’s a huge honour. When you’re on the road and touring with the same group of players it’s a lot of fun but you get to learn about the game and about life, including life in other countries. We learn from each other’s experiences.

What’s it like playing with sportsmen you grew up admiring? When I first played in the Twenty20 it was with some well-known players and Brett Lee presented me with my cap. When it came to one-day cricket Dennis Lillee presented me with my cap and I’ve also played with Ricky Ponting for Tasmania and Michael Clarke for Australia. I’ve played a few Twenty20 games with Shane Warne and speak to him every now and again. Then there’s Shane Watson, Brad Haddin… they’re all very big names, not just in the sporting community but the Australian community in general. You grow up watching these players and wanting to model your game around them. I pinch myself from time to time, but when you spend enough time around these guys they become your mates and they end up being normal people who happen to also play a game we all love.

What other sportspeople do you hang with? A few AFL players when I’m in Melbourne. I’ve played with the Melbourne Stars so Eddie McGuire has introduced me to a few of the Collingwood players. I got to know Dale Thomas, who moved on to Carlton, and Angus Graham from Adelaide.

Do cricketers get up to the Mad Monday type antics that footballers are known for? [Laughing] The Australian Cricket Team doesn’t really have a Mad Monday because our season just keeps rolling over. We have a few months off, but there are always other tournaments around the world that players are involved in. We normally celebrate pretty hard after a series win, though. I suppose that counts as a Mad Monday!

Do you play jokes on one another? There’s a lot of joking that goes on in the change rooms before and after training, but it’s all in good spirit and no one gets hurt. When the boys are in the rooms there’s always little games. Some players cut the ends off socks or cut off belts, and there’s hiding bats and bits of equipment, but it doesn’t go on for too long. Players can get crabby pretty quickly!

What about itching powder in the box? Oh wow, I haven’t done that one!

For the benefit of our American readers, can you explain what a box is? It’s a protector to guard your penis and testicles! So if you get hit with a ball going at 120kms you won’t be in too much trouble.

Would it be fair to say that cricket is about the only Aussie sport that requires a jockstrap? Good question. I reckon for Aussie sport it probably would be.

Do you ever get nervous going out to bat? Yeah, I think everyone gets nervous and we all have our own little routines to deal with it. It’s definitely a lot of pressure when you step out on the ground. It’s just a matter of how you handle it. I like to talk a bit before I go out to bat, rather than sit still. I get up and walk around and stay on the move. At that point, people can have a conversation with me about anything.

Which is worse, going out for a duck or being hit for a six? I’ve been hit for a lot of sixes, so I’m used to that, but it’s not a very good feeling when you go out for a duck! That’s not much fun at all.

Who is Jason Faulkner’s diva? I think Katy Perry is pretty good, and so is Beyoncé. I’m pretty mainstream when it comes to music and listen to the usual top ten, but I do listen to a bit of Calvin Harris, too. Beyoncé is also pretty good looking, so it’s hard to go past her.

Who has been the biggest influence on your career? My mum and dad have been very supportive. My dad spent hours out in the backyard playing with me. My grandparents, especially Nan, were a huge influence.

Do you still get a chance to play backyard cricket? I don’t, actually. There’s nowhere to play at dad’s place, but to tell you the truth, when I get home it’s the last thing I want to do. Maybe at Christmas I might get the bat and ball out and have a bit of a muck around but normally I just want to switch off.

Any New Year resolutions? Just to stay fit and healthy. I’ve had a knee injury over the past couple of months and had to have surgery. It’s all pretty good now though and I’ve been playing well. I just have to concentrate on keeping my leg and knee strong.

At the beach are you a boardies or speedos man? When we’re on tour we normally have beach recovery sessions, and I’m a boardies man on the beach. But when it comes to training sessions at the pool I’m a speedos man.

And under the cup, is it jocks, boxers or freeballs? Definitely jocks!