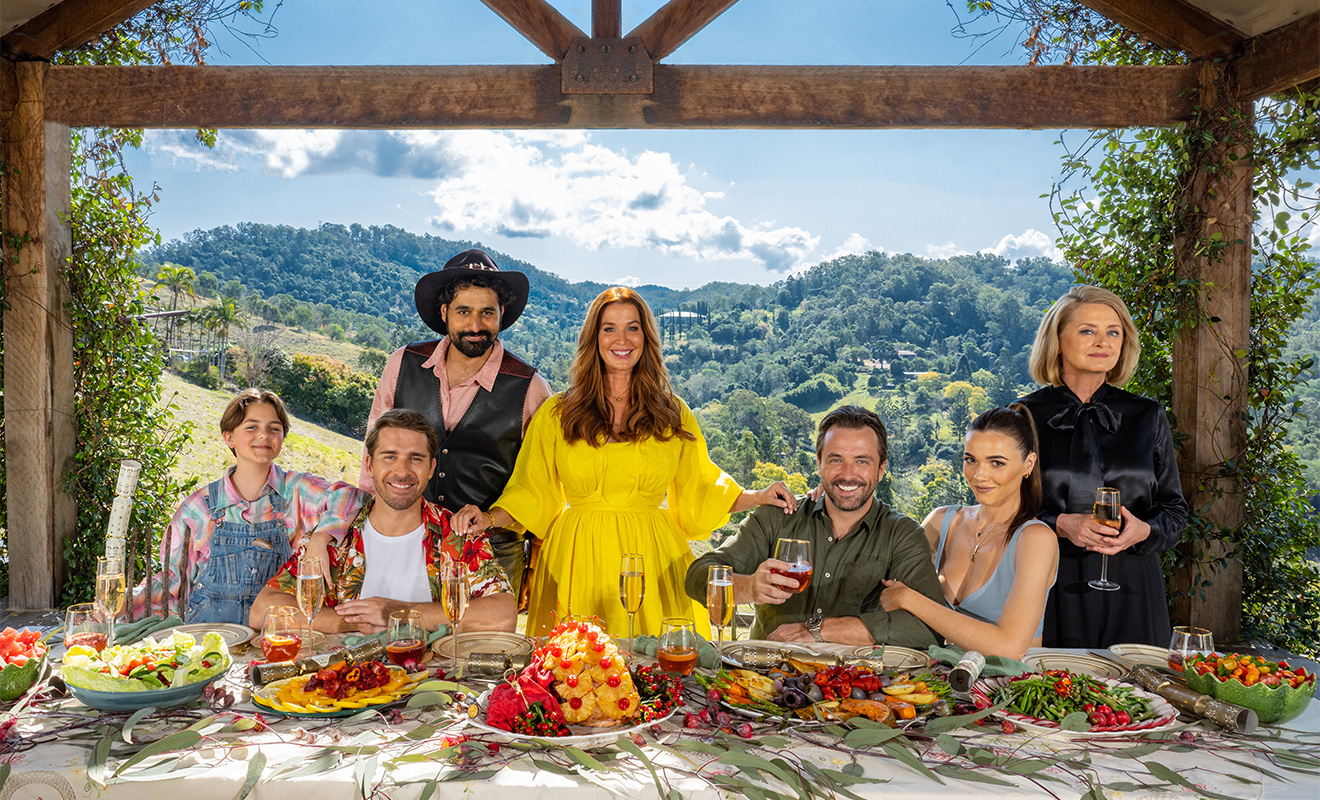 Christmas On The Farm (Stan)

Now streaming exclusively on Stan, Christmas On The Farm is a seasonal feel-good film that promises to be a family favourite. The film stars Poppy Montgomery, Hugh Sheridan, Darren McMullen and Nicholas Brown and is set on an authentic Australian farm in Queensland.

Montgomery plays Emmy, a New York writer who lands a potential book deal when she passes off her Australian mother’s journals about Christmas on their farm as her own. Things get tricky when the publishing house wants to visit Emmy’s farm for an authentic Christmas experience.

Hugh Sheridan plays Emmy’s gay cousin David who gets brought into the fold alongside husband Miles (played by Nicholas Brown), and chaos ensues as the trio attempt to convincingly play up the hoax to CEO Ellison (played by Jennette Cronin) and her adult son Jack (played by Darren McMullen).

As with all Christmas films, the convoluted premise can be forgiven when paired with humour, good acting and a decent dose of that feel-good magic. Add to the mix that this film is set in the Australian summer, it’s all-together charming and refreshing.

Stan Chief Content Officer Cailah Scobie says, “After the huge success of A Sunburnt Christmas last year, we look forward to working with Hoodlum to deliver another cheerful hit. With a stellar casting line-up of proven Aussie stars on board, we can’t wait for our subscribers to watch Christmas On The Farm this holiday season.”

Christmas On The Farm is now streaming on Stan. Watch the trailer below.