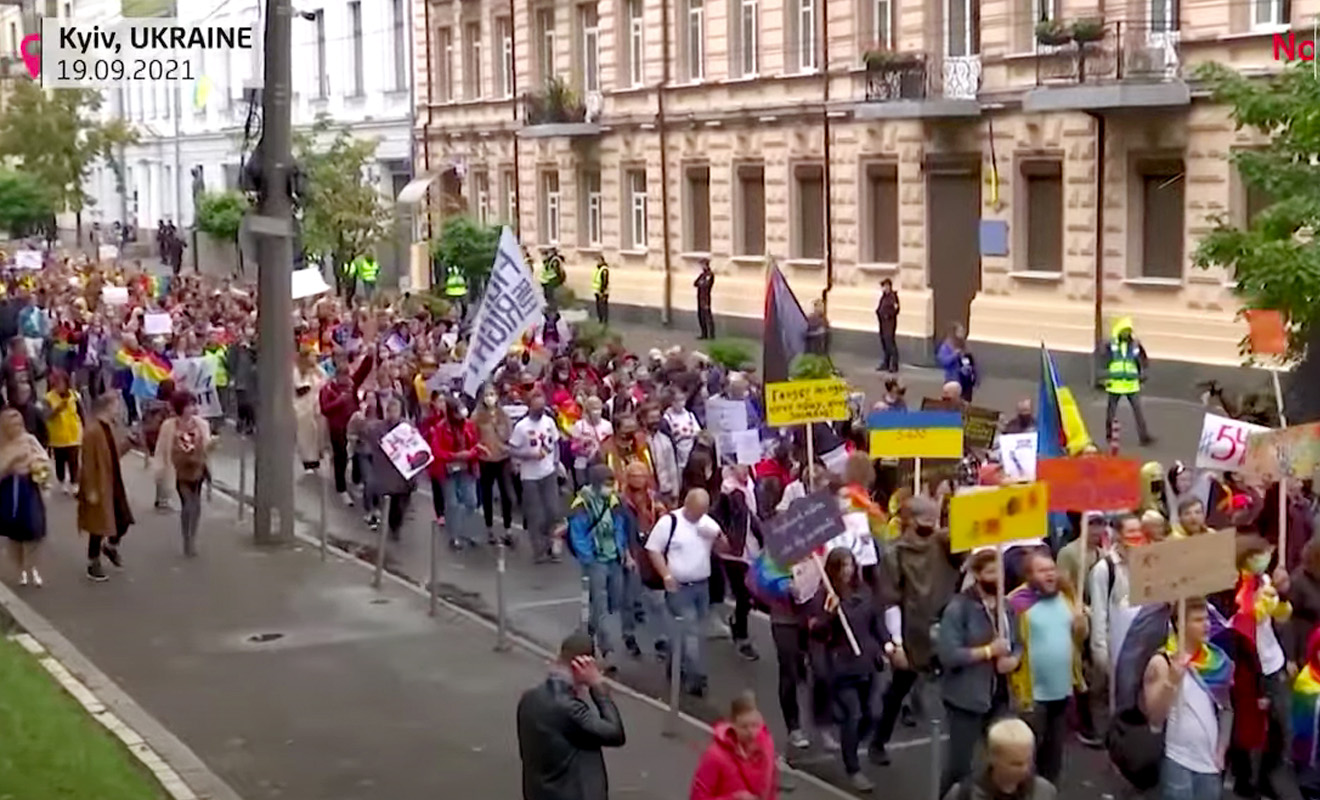 Thousands of people, including soldiers and government diplomats, marched peacefully through the streets of Kyiv on Sunday for their annual Pride parade, reports Reuters. Organisers estimate that roughly 7,000 people attended the Equality March this year held in the nation’s capital, after last year’s event was called off due to the Covid-19 pandemic.

Concerned about the marchers safety, police flanked the peaceful procession as a few hundred anti-gay rights protestors gathered nearby. One right-wing activist told The Associated Press that he was protesting to, “protect family and Christian values, to protest against LGBT propaganda, because we are against it.”

According to a survey conducted in August by a Ukrainian non-governmental polling organisation called Rating, 47% of respondents in Ukraine had a negative view of LGBTQIA+ people.

Diplomats from the UK and US also marched alongside Ukrainian participates showing their support for the movement.

In previous years, Kyiv’s annual Pride event has been marred by violence or cancelled altogether, due to the actions of anti-gay hate groups attacking peaceful LGBTQIA+ rights marchers. Ukraine’s first LGBTQIA+ Pride parade was held in 2013 with 100 participants in the parade and over 500 anti-gay activists protesting.

The Ukrainian government has made some progress toward LGBTQIA+ equality in recent years, introducing legislation in 2015 banning discrimination in the workplace. However, same-sex marriage and adoption are not legal.

Ukrainian politician and Commissioner for Human Rights, Lyudmyla Denisova, said in a statement posted to Facebook that the Ukrainian constitution recognises all people, “equal in their rights from birth, regardless of any characteristics, including sexual orientation and gender identity”.

“I urge citizens to be tolerant to one another and refrain from manifestations of discrimination,” she said.