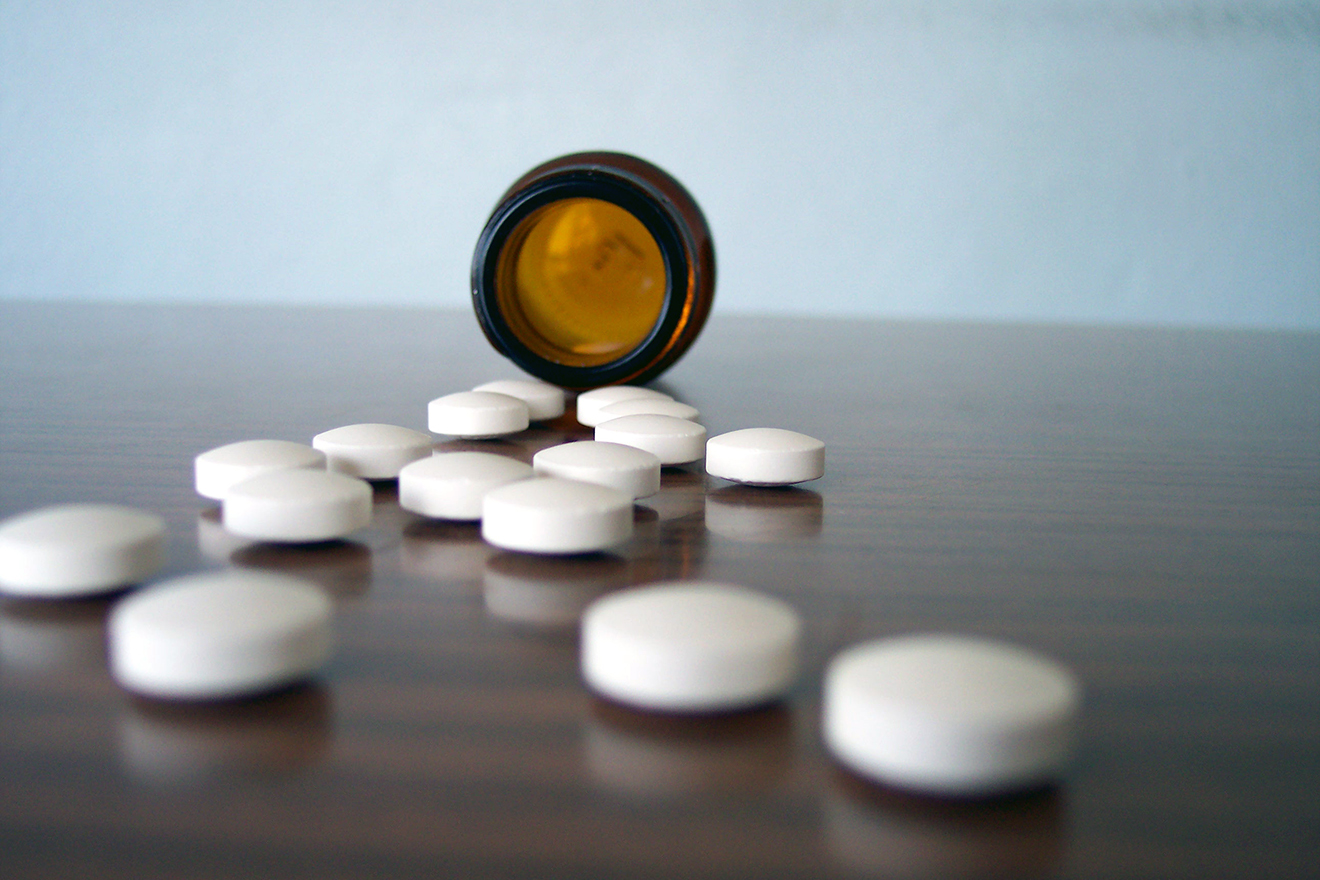 Modern drug therapies have revolutionised the lives of HIV-positive people but they don’t come without side effects.

In September last year, the former captain of the Welsh rugby team, Gareth Thomas was forced into revealing that he was HIV-positive by a tabloid newspaper. The next day, he completed an Ironman challenge: a 3.8km swim, followed by a 180km bicycle race, capped off by a full marathon.

He wanted to challenge the idea that HIV-positive people are “walking around with walking sticks… close to dying” to show that they can, instead, go on to live their lives exactly how they wish. Having placed 412th out of 2039 participants, with a time of 12 hours 18 minutes and 29 seconds, there’s no doubt that he succeeded.

Thomas’ success was, in part, enabled by the huge advances that have been made in HIV medication. Throughout the 1980s, people were often given no more than a few months to live. Even by 1996, researchers estimated that the total life expectancy of a 20-year-old person with HIV was just 39 years. However, the last two decades have seen dramatic improvements in treatment to the extent that, earlier this year, it was announced that young people on the latest HIV drugs now have near-normal life expectancy. This is nothing short of miraculous.

These new treatments, collectively called antiretroviral therapy (ART), work at different stages of the virus life cycle to stop HIV from replicating in the body, once someone has been infected. Patients usually take a combination of different drugs to ensure efficacy. By doing so, ART helps to drastically reduce the amount of virus present in the body (the viral load), and so prevent an HIV infection from progressing to stage three, the point at which there is so much virus present that a person’s immune system becomes severely damaged and vulnerable to serious infections. By doing so, the latest HIV drugs are able to decrease the virus’ impact on the body, and therefore extend life expectancy well into a person’s seventies and eighties.

This being said, ARTs are not without side-effects that can seriously lessen the quality of that extended life. Ranging from minor rashes to quite serious illnesses, many of these side effects are an unfortunate, daily reality for people living with HIV.

For those with HIV, knowing the side effects is clearly important. It’s also important that those without HIV to understand what it is like to live with it.

The most frequently experienced side effect of ART is gastrointestinal intolerance. This can include issues like nausea, vomiting and diarrhoea. For a majority of people, these issues are mild, but for a small minority, this can be quite debilitating; people have described days of vomiting leaving them feeling “unbearably weak” and “totally empty” after more serious episodes.

Tenofovir, a drug which is also used in PrEP, frequently causes renal dysfunction, but can also cause acute renal failure as well. (This is one of the reasons why those on PrEP are encouraged to see their health provider every three months.) Beyond this, it has been well documented that certain HIV medications, such as didanosine and stavudine, can cause even more severe gastrointestinal intolerance like pancreatitis. This results from an interaction between the ingredients in the medicine and certain digestive enzymes. Without appropriate treatment, pancreatitis can be lethal. Thankfully, these more serious issues are almost always picked up by healthcare providers, as people with HIV are encouraged to see their doctors frequently. Nevertheless, gastrointestinal intolerances are a frustrating part of life for many with HIV.

Neuropathic pains are the second most commonly experienced side effect. These usually present themselves in the form of constant and long-lasting numbness, but can often be accompanied by other unpleasant experiences, such as soreness, throbbing pains, dizziness and memory loss, the severity of which varies widely between people.

Dermatological issues, like rashes, are a third common type of side effect, which can stem from almost every HIV medication. Although deeply frustrating and often embarrassing, most of these issues can be sorted with antihistamines and moisturisers.

While the above side effects are all quite well known and documented, the effects of ART on the body’s metabolism are less well understood. For example, researchers have found that HIV-positive adults receiving treatment are more likely to have elevated blood pressure and heart disease. Furthermore, it appears as though patients with treated HIV infection are also at an increased risk of diabetes; this risk seems to increase the longer a person is on treatment. It is not yet known if these issues are directly caused by ART, or simply correlated with treatment.

Beyond this, recent studies have pointed to a more fundamental problem. It was previously assumed that if the viral load was suppressed enough, the body’s immune system would function as if it had never been infected – ie, people with undetectable viral loads had a completely normal immune system. Unfortunately, a study published at the start of this year has found that this may not be the case.

“Even with therapy, there’s something not quite fixed about the immune system,” said lead researcher, Michael Augenbraun. This is because people with HIV appear to experience “immune amnesia”, meaning that their body slowly loses its ability to recognise and fight off infections that it has previously experienced. This could help explain why people with HIV have a four-fold higher rate of chickenpox (which manifests as shingles later in life), despite many having already had it in childhood. Measles, mumps and pertussis (whooping cough) also appear at a higher frequency in the HIV-positive community.

It has been hypothesised that this “immune amnesia” may in fact be the root cause behind many of the side effects mentioned above, including heart disease, high blood pressure, rashes, numbness and nausea. As stated by Augenbraun, “like all studies, it’s a first step… If we can shed light on reducing risk of those things like cardiovascular risk and cancers, that would be helpful – but that’s down the line.”

By the time Gareth Thomas was forced into announcing his status, he’d been on ART for over eight years; many of these side effects had thus become a part of his daily routine. But this didn’t hold him back; a month after completing that Ironman mammoth, Thomas cycled 800km across England, Wales and Scotland in just seven days to help further tackle the stigma attached to being HIV-positive.

Thomas fully credits his husband for helping him do this. “He has been a beacon of light for me. When I was feeling really low, I always had Stephen to go home to, to talk to, to make me laugh and be there if I wanted to cry and not judge me. He was there at a time when I really needed him.”

Hopefully, by increasing awareness of, and educating ourselves about, the side effects of living with treated HIV, we can also be that beacon of light to someone else, should they ever be in need.