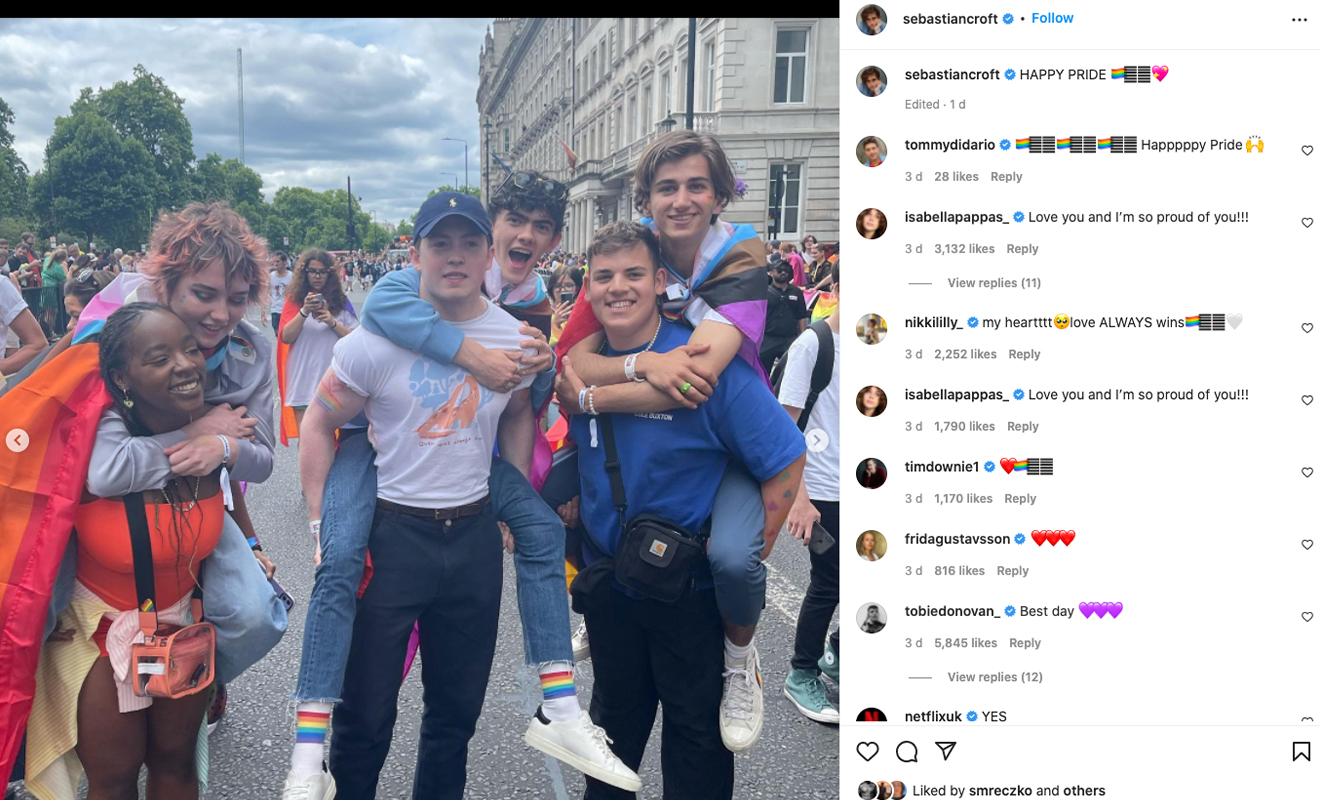 Just when we thought we couldn’t love the cast of Netflix’s Heartstopper anymore, Joe Locke, Sebastian Croft and Kit Connor have danced in front of and flipped off homophobic protestors at London Pride on the weekend, reports Out.

JOY IN THE FACE OF HATE

When the cast of Heartstopper wrapped filming for season one, it’s hard to imagine they knew the cultural impact their performances would cause. But, nonetheless, the whole cast have burst onto our screens and into our hearts.

Over the weekend on July 2, London held their Pride march where groups showed up to protest the LGBTQIA+ march. Shown in multiple viral videos, Joe Locke, Sebastian Croft and Kit Connor decided that in response to the homophobic protests, they would dance gleefully in spite of the hate.

Funnily, due to the vibrant music and singing from the march, the homophobic protests appear to be drowned out. The Heartstopper cast responded on social media making it clear they felt their involvement was just part of being present at Pride.

Kit Connor, who plays the beloved Nick Nelson, made sure to let everyone know that his co-stars Sebastian Croft and Joe Locke were the real heroes of the day. “Uhhh I was videoing and screaming at them but please don’t be mistaken, it wasn’t ‘Kit Connor and the rest of the cast,’ it was [Joe Locke] and [Sebastian Croft] front and centre. Please give them the credit for doing something so powerful,” he says. Gosh, he’s loveable.

As stars of a major LGBTQIA+ Netflix series, these actors have shown the very best of what their fame can do. There is no shadow of a doubt why both the characters and the actors are so adored by fans.

The good news for those who can’t get enough of these young stars is that Heartstopper has been renewed for not just season two, but also a third season. There’s plenty more of this cast to come and we are excited to see as much as we can.