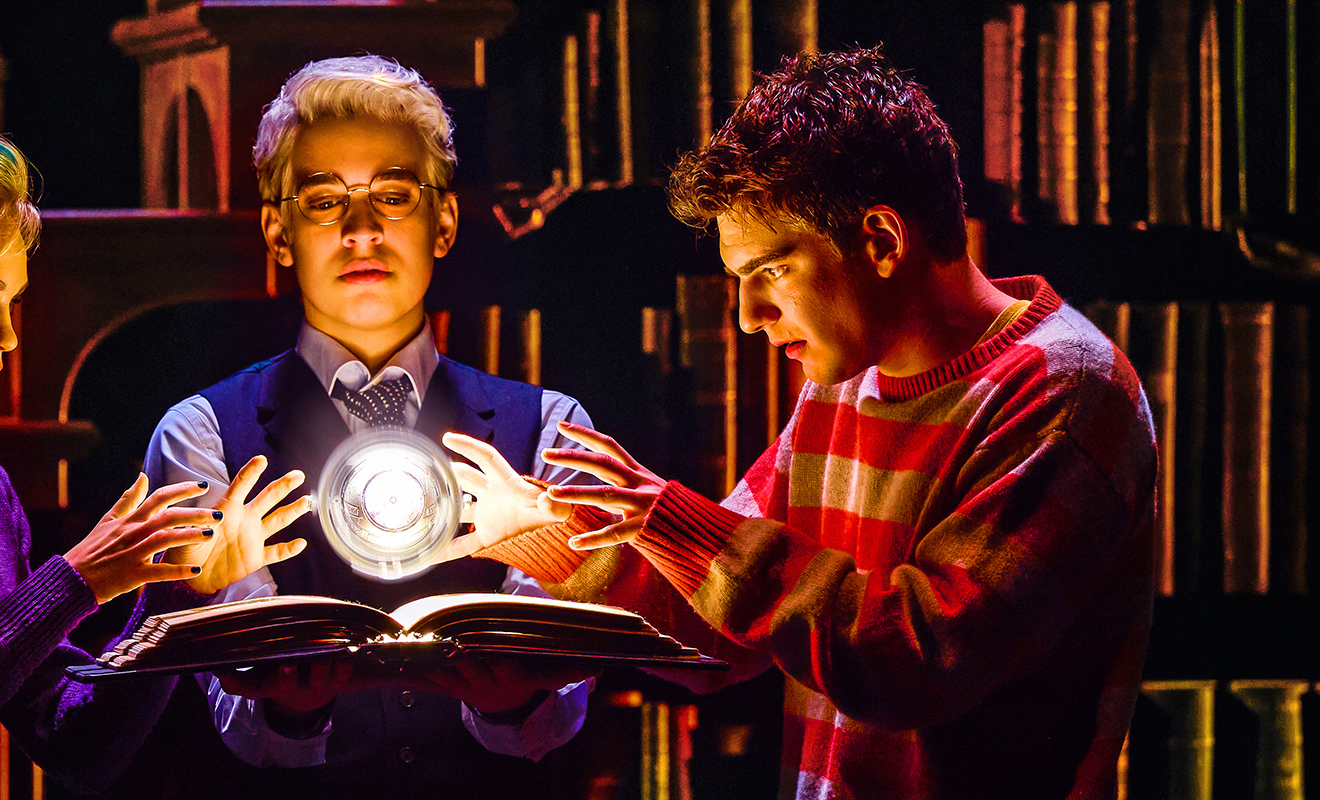 The stage extravaganza has re-opened at Melbourne’s Princess Theatre, streamlined into one night, rather than the original two-night epic. The change is good, making the storytelling even more compelling, bewitching audiences with wizardry, magic, and… highlighting a surprise romance!

Some may assume that a reduced format would remove all the great content, but such is not the case. By creating a more concise and faster-paced version, the story, characters, and themes have become more poignant.

The story is, understandably, one shrouded in mystery. After all, its promotional hashtag is #keeptheserects, and what Harry Potter fan wants a spoiler? But it’s safe to say the scenario begins 19 years after Harry Potter And The Deathly Hallows. Harry is now an official at the Ministry Of Magic – Head of Magical Law Enforcement – and, along with wife Ginny, has a son named Albus Severus. Like the generation before, Albus begins his education at Hogwarts School Of Witchcraft And Wizardry, where he befriends Scorpius Malfoy, son of the infamous Draco.

Let’s leave the plot there… but, suffice to say, it involves parenthood, puberty blues, friendship, sacrifice, and plenty of magical feats including time travel.

First premiering in 2006, the theatrical spin-off from the Harry Potter franchise was developed by JK Rowling and John Tiffany, with the major work written by Jack Thorne. Directed by Tiffany, it’s gone on to win over 60 honours, including six Tonys and nine Laurence Olivier Awards.

While the visual effects are truly mind-blowing, its Ben Walter as Albus and Nyx Calder as Scorpius who steal the show. Considering the history between their fathers, their friendship is unexpected, and their bond develops further throughout the adventure they share in the show.

The shortened version of the play first came about in 2021 for Broadway audiences, with San Francisco, Toronto and Melbourne following suit. Meanwhile, London and Hamburg have continued with the existing two-part production.

To call the new version “retooled” would be unflattering, after all, nothing needed fixing. It’s more a case of a reimagining to suit its reduced time length (now around three hours). To that end, there isn’t a noticeable difference to the original – only that it’s been enhanced.

The stagecraft and magical effects range from kooky fun to downright scary. Melbourne’s Princess Theatre is regal enough, but the gothic stage sets are so creative that the audience are drawn into the story at goosebumps level!

But the greatest aspect of the show comes through the story’s relationships, particularly between Albus and Scorpius. Again, it’s best to keep the secrets but, rest assured, at the core of Harry Potter And The Cursed Child, there is a love story.