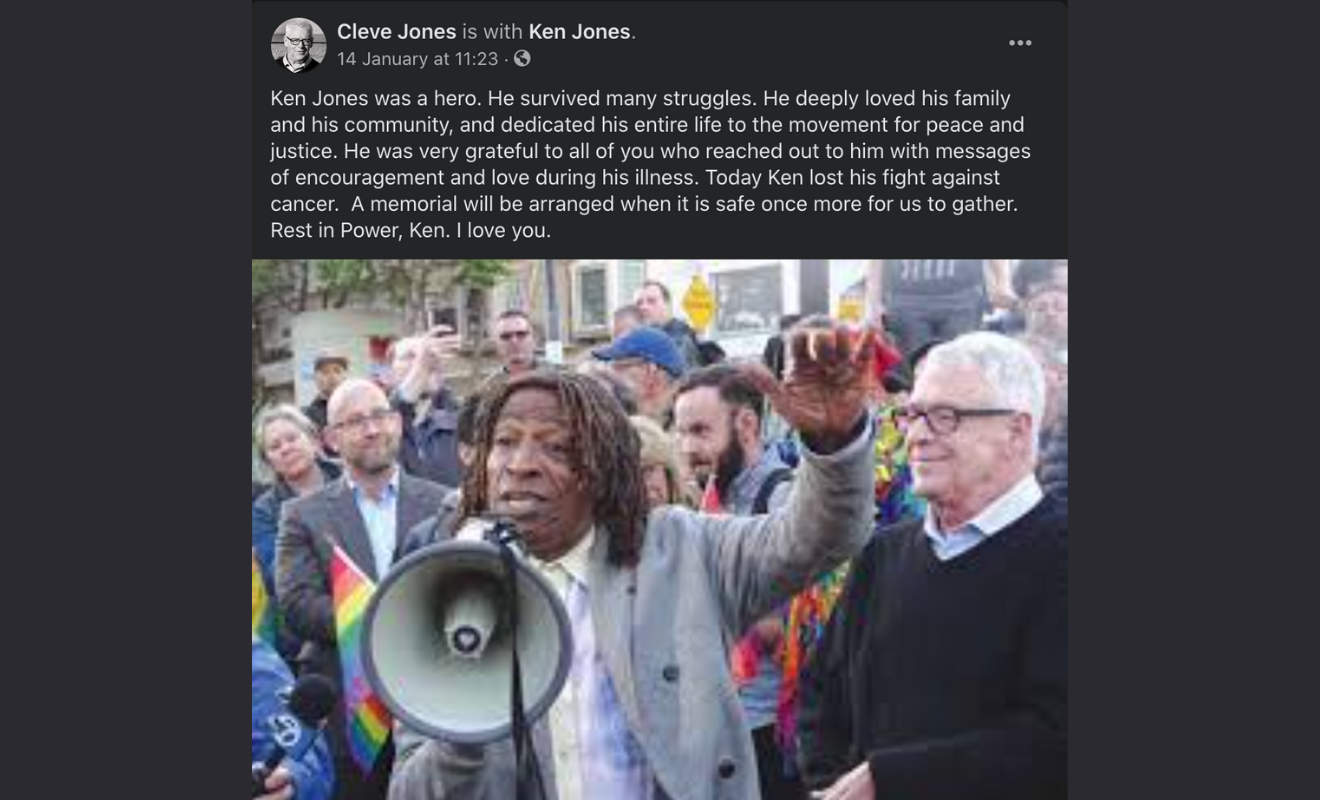 Ken Jones, a black gay rights activist has passed away at 70 after a battle with cancer, Gay Times reports.

Friend and fellow activist, Cleve Jones posted the news on 14 January via a Facebook post that described Jones as a hero.

“Ken Jones was a hero. He survived many struggles. He deeply loved his family and his community and dedicated his entire life to the movement for peace and justice.

“He was very grateful to all of you who reached out to him with messages of encouragement and love during his illness. Today Ken lost his fight against cancer. A memorial will be arranged when it is safe once more for us to gather. Rest in Power, Ken. I love you,” the post says.

For decades, Jones has been an activist for LGBTQIA+ rights and was the first African American to chair the San Francisco LGBT Pride Celebration. His story was also told in the series, When We Rise.

The Bay Area Reporter said Jones had been diagnosed on September. His carer, Sanjai Moses, said his passing was a great loss to the community. “It’s going to take a lot of time for our community to adjust to Ken not being here anymore,” she said.