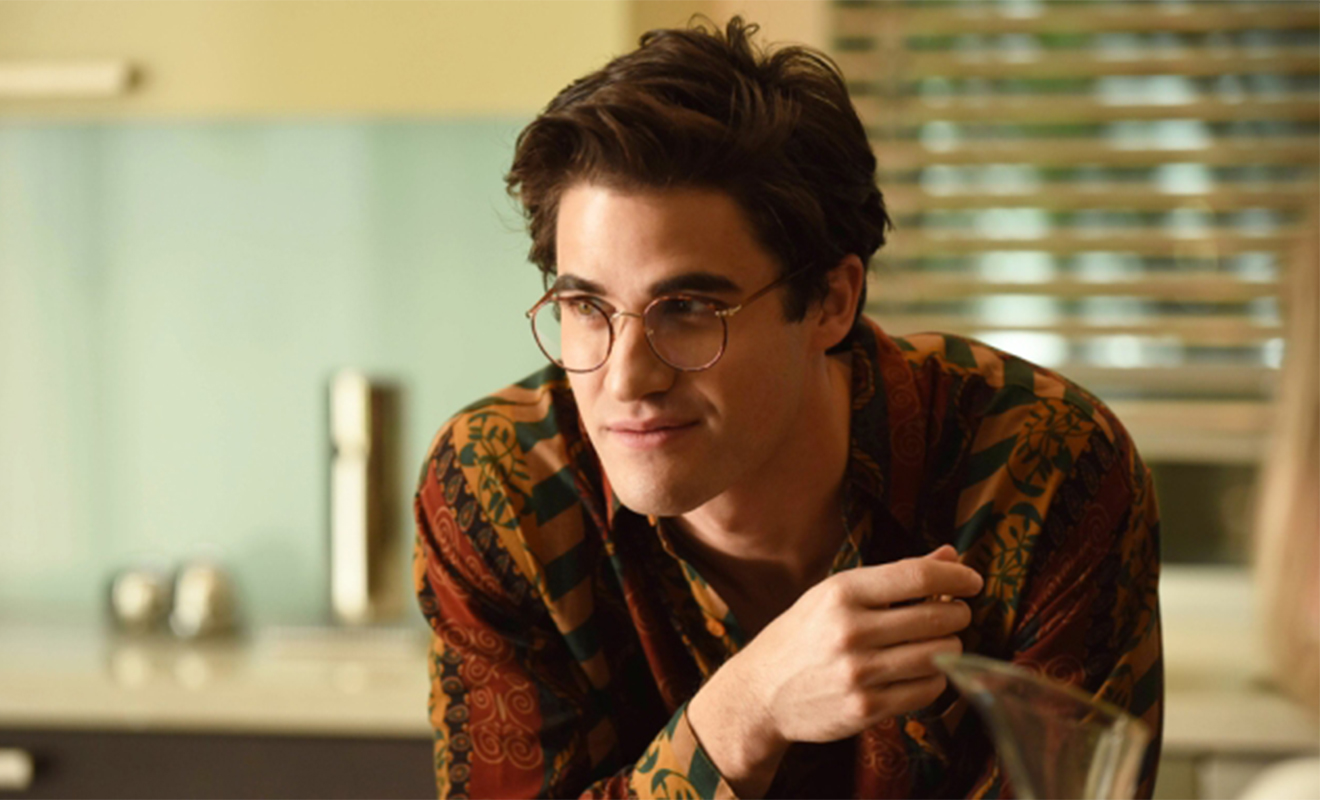 The debate continues over whether straight actors have a right to play LGBTQIA+ roles. Joining this conversation are screenwriter Aaron Sorkin and acclaimed actor Darren Criss.

Sorkin spoke to The Times Of London saying that only allowing gay actors to play gay roles is an “empty gesture”. Darren Criss spoke with The Independent about his experience playing gay characters which, he reports, has garnered him some flack.

The 60-year-old screenwriter and playwright is known for Molly’s Game and The West Wing. Most recently, Sorkin worked on the film Being The Ricardos with Nicole Kidman and Javier Bardem playing Lucille Ball and Desi Arnaz respectively.

According to People, Sorkin’s decision to cast Bardem, who is Spanish, as Desi Arnaz, who is Cuban, came into question. Sorkin responded saying, “You can act being attracted to someone, but can’t act gay or straight. So this notion that only gay actors should play gay characters? That only a Cuban actor should play Desi?

“Honestly, I think it’s the mother of all empty gestures and a bad idea,” he said. This kind of rhetoric adds to the conversation around representation in Hollywood. Bardem told The Hollywood Reporter, “Where is that conversation with English-speaking people doing things like The Last Duel, where they were supposed to be French people in the Middle Ages?”

The actor continued saying, “We should all start not allowing anybody to play Hamlet unless they were born in Denmark”. Many people find issue with this argument. One such person is podcaster and editor Lyra Hale who says, “Aaron Sorkin doesn’t understand that it’s not about only gay actors playing gay characters or only Cubans playing Desi. It’s about underrepresented communities having an opportunity to take a part in the stories being told with an authenticity others don’t understand”.

Hale touches on an interesting nuance to the conversation; representation matters more for minority groups such as LGBTQIA+ and POC individuals because the opportunities to tell their own narratives have been historically slim. If Euro-centric, heterosexual narratives had been told exclusively through queer POC for generations, and the institutions making this media had excluded straight white actors, would people like Sorkin still be advocating for a fluidity in casting?

Another Hollywood figure to be confronted with their history playing queer roles as a straight person is Darren Criss. The Glee and American Crime Story actor addressed getting “shit on” for taking these roles when he spoke with The Independent.

It must be stated that although Darren Criss is being held to scrutiny for accepting LGBTQIA+ roles, it isn’t to say he is homophobic. He has advocated for LGBTQIA+ people and is on record saying he supports queer interests. But, in saying this there are critics who don’t feel that a straight man, albeit an ally, should get to represent a group they aren’t part of.

“While I have not grown up as a queer person, I’m a lifetime subscriber, man. I’m a season ticket holder to the queer experience. I grew up in San Francisco in the ’90s; these are people that raised my cultural awareness,” says Criss.

The actor says he feels that if a role is played well and with delicacy people won’t say anything about the actors. However, if the film isn’t received well then it becomes about representation.

“There are so many performances that are either straight roles given by queer actors or queer roles that are done by straight actors that are so beloved, that we just don’t talk about those.

“But if they’re done poorly, we get up in arms and we blame it on the fact that this person isn’t queer, this person isn’t straight, as opposed to maybe they just weren’t the right person for the job?” he says.

One figure who has been vocal on this topic is It’s A Sin and Queer As Folk screenwriter Russell T Davies. Davies has always advocated for having queer people playing queer roles. He is often quoted as saying, “Gay is not a performance. I don’t think gay is performative. I am not a bunch of performance codes. I really, really think now – I genuinely think – that casting gay as gay now is the right thing to do”.

WHO HAVE WE HEARD FROM AND WHERE IS THIS CONVERSATION HEADING?

Although Sorkin and Criss may be the most recent voices we’ve heard from, they are far from being the first. Recently, Eddie Redmayne was quoted saying he regrets taking his role in The Danish Girl which won him an Oscar.

Redmayne played Lili Elbe and, in hindsight, says the role should have been played by a trans person with a deeper understanding of that experience. Redmayne follows in the footsteps of many actors criticised for playing LGBTQIA+ people, amongst them are Hugh Sheridan, Jared Leto and Elle Fanning.

The long-running discussion about who gets to play which roles runs deep in the cultural Zeitgeist. It’s now widely understood that white actors shouldn’t play POC in film or TV. This viewpoint was heavily debated and in a familiar fashion, Hollywood names came out to add their two cents. For the majority of those in power, this is a discussion about losing opportunities, but for queer people and POC this is about equitable representation.