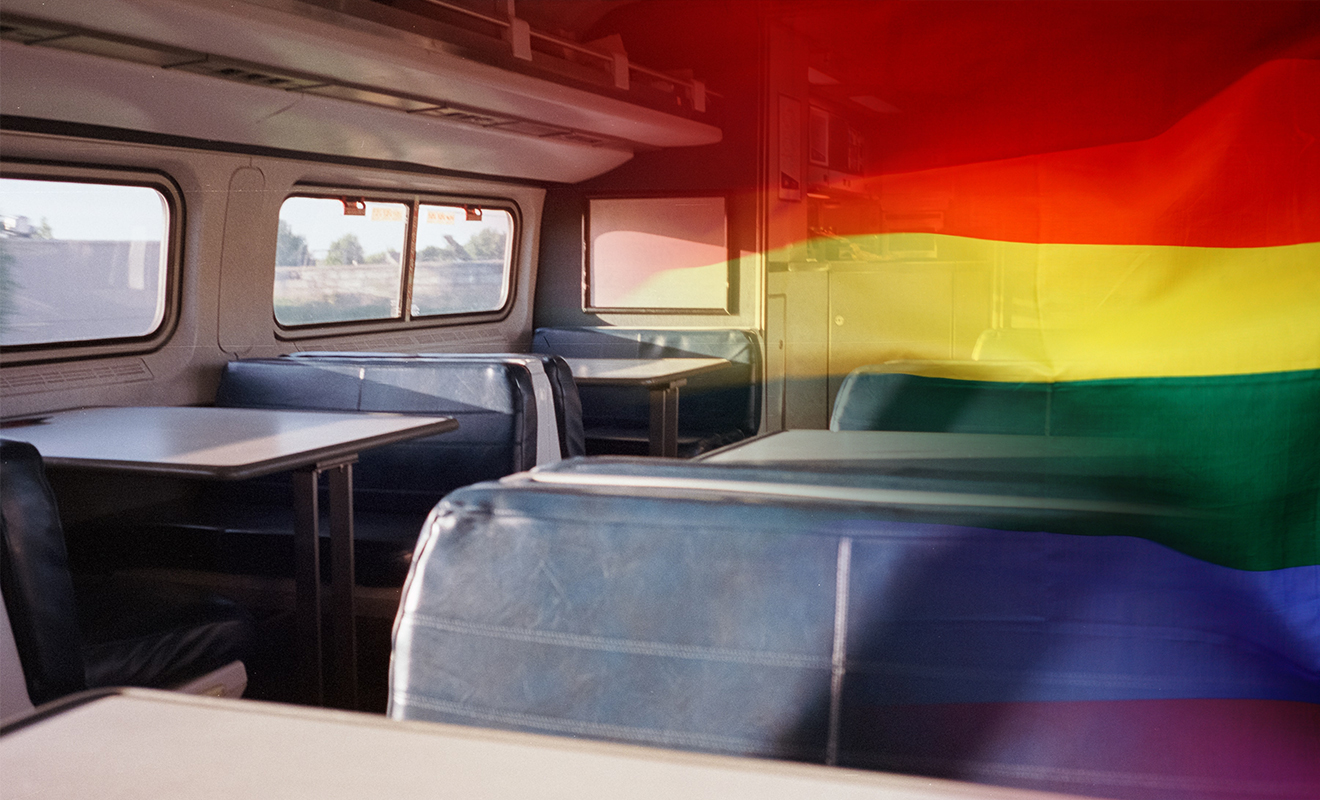 Two dads and their family were verbally assaulted by a passenger on a train ride on Wednesday, April 13. Robbie Pierce, his husband Neal Broverman and their two children were taking a train along the Pacific coast to California when a fellow passenger began abusing the family with homophobic insults, reports NBC News.

THE FAMILY BLAMES CONSERVATIVE DEPICTIONS OF THE LGBTQIA+ COMMUNITY

Reporting worldwide has focussed on the current political landscape in the US where lawmakers nationwide have been introducing anti-gay and anti-trans legislations, which are harmful to the queer community.

From the Don’t Say Gay Bill in Florida to the ban on gender affirming care in Alabama, conservative Republicans have been spruiking anti-LGBTQIA+ policies by offering the reasoning that it protects children.

Robbie Pierce and Neal Brovermans’ family would say that this harmful rhetoric is having the opposite effect. According to NBC, Robbie recounts a passenger ruining the family’s vacation by launching into a homophobic tirade about gay men adopting children.

Robbie says, “He started yelling across me and shouting, ‘Remember what I told you!’… The next thing he said was, ‘Marriage is between a man and a woman. They stole you, and they’re paedophiles.’”

The incident occurred at Diridon Station in San Jose. Pierce mentions that the man in question was yelling at his children, an adopted son who is Black and an Asian foster daughter, reports NBC News.

Getting between the man and their children, the husbands report feeling shocked at the vitriol of the man’s abuse. “That’s not a family! You’re rapists and paedophiles. You steal Black and Asian children and you rape them,” is reportedly what the passenger was saying.

According to Buzzfeed, Amtrak officials put out a brief statement that says, “We apologise to the family onboard who were involved in this heinous incident. Amtrak strongly condemns this act of hate and will conduct a full investigation to ensure our customers feel valued and respected when riding our trains.”

It’s a dark look at what the debate over LGBTQIA+ rights has led. A family enjoying a simple trip becomes a platform for deeply homophobic sentiments that are being promoted by right-wing politicians perpetuating dangerous stereotypes.

If legislation continues to make queer people the lightning rod for far-right agenda, who ends up suffering? Robbie Pierce and Neal Broverman would be able to tell you.