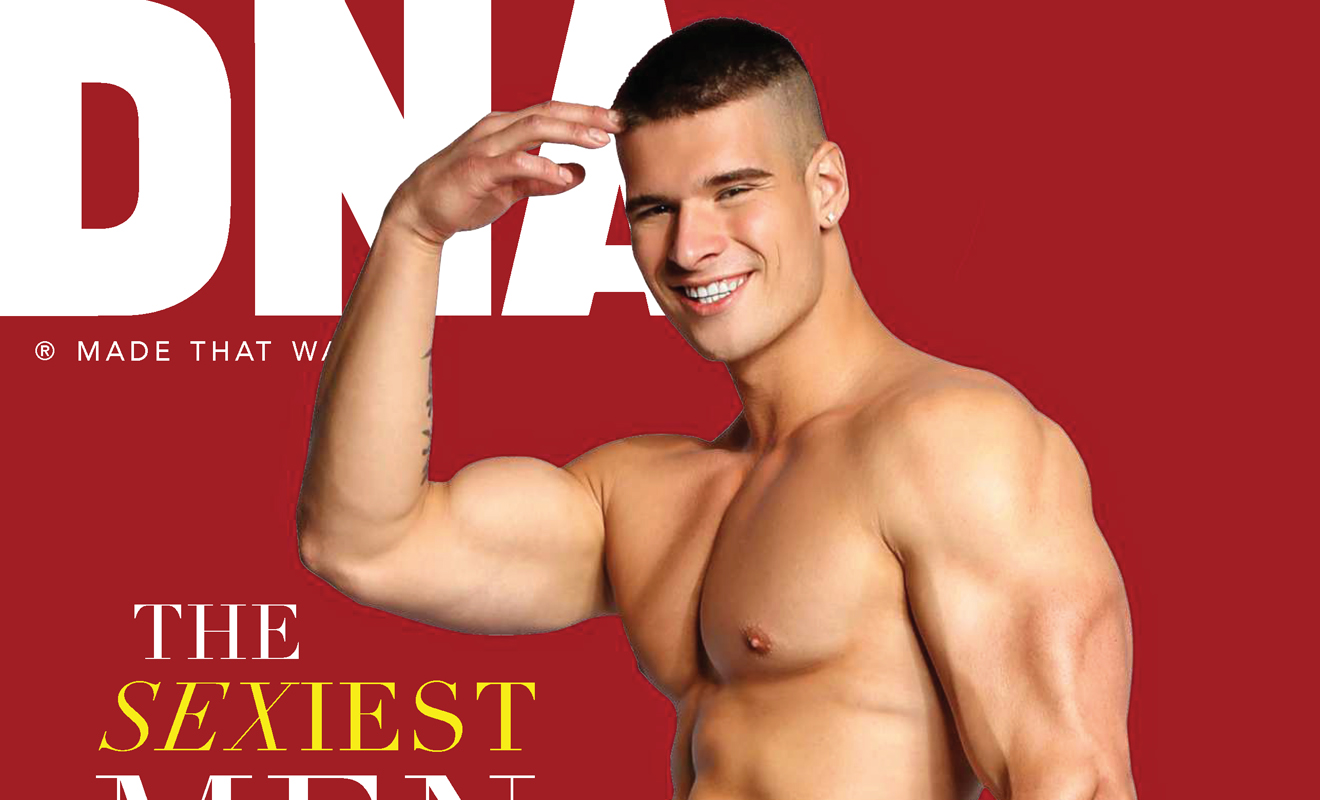 All year I keep my eagle eye out for hot men to include in DNA’s annual Sexiest Men Alive issue. I’m looking for men who are not just handsome or conventionally sexy, but who bring that extra something that lifts them above “ordinary sexy”.

Case in point is Lil Nas X. Not only did he burst out of the country music closet in a pair of pink, arse-less chaps, he decided that every video and live appearance would be an in-your-face celebration of his exuberant homosexuality! Nas slides down a giant pole to Hell and gives Satan a lap dance, Nas shares a sloppy tongue sandwich with one of his dancers at an awards show, Nas and his dancers get naked in a prison shower sequence for Industry Baby. He’s not the first gay music artist to be this fearless – but he’s the first to be this fearless and remain successful. There is a certain magic in him.

I’m similarly intrigued by our allies. British Formula One driver, and world champ, Lewis Hamilton is strikingly good-looking and has had an interesting journey to LGBTQIA+ acceptance. In an unfortunate post, he belittled a young nephew for wearing a princess dress.

But someone took him aside and gave him an education, because he later recanted and took the kid to Disneyland wearing a Rapunzel T-shirt. And just last month he came out in support of fellow driver, Sebastian Vettel for wearing a Same Love T-shirt to the track.

“Love to see Seb supporting the LGBTQ+ community,” he tweeted.

Without a doubt, TV’s hottest gay couple are TK and Carlos and from 9-1-1 Lone Star. They’re cops, they’re hot, they have sex scenes… what’s not to love? Well, in even better news, the characters are played by bisexual Ronen Rubenstein and gay Rafael Silva. Yes, gay characters actually being played by gay and bisexual actors. We’ve come a long way from Brokeback Mountain… or even Love, Victor for that matter.

No matter who you are, the coming out process always involves a certain amount of risk. You may lose family or friends or even your job. But when you’re a high-profile athlete there’s even more at stake – your place on a team, your sponsors, your public standing.

Carl Nassib, a professional NFL player for the Las Vegas Raiders, came out this year during Pride month. He is the first NFL player to be out while actively playing. That takes balls.

Plus, he donated $10,000 to The Trevor Project and he acknowledge the “shoulders of giants” who came before him, namely Michael Sam, who came out after being drafted into the NFL from college but was never “active” because none of the teams signed him. That was back in 2014 – when coming out could still have serious consequences. Carl is dreamily handsome but, at over two-metres tall, I imagine he’s a nightmare if you’re on the other team.

When politicians come out, they risk losing endorsement and votes. So snaps to US Democrat Brian Simms f rom Pennsylvania. Not only is he loudly out and proud and on PrEP, he’s fighting to ban conversion therapy, fighting for equal pay for women and posting a lot of pictures of himself, often shirtless, often in wet swimwear, to Instagram. He has our vote!

I loved my chat with cover model, Malik Delgaty this month. He’s French-speaking Canadian so there was a slight language problem, but he’s very direct and has a naughty sense of humour as you would expect from a go-go boy / stripper. His interview is short, but sweet. He told me that he’s straight, which confused me, having seen his OnlyFans. I’d be interested to hear what you think.

I couldn’t put the Sexiest Men Alive together by myself. I rely on the suggestions of our contributors to make the list as diverse and interesting as possible. One DNA team member, who I won’t name, sent me a long list of men who all look almost identical. I guess I know what his type is now.

Away from the SMA’s, there’s a couple of very good reads I’d like to draw you to this month.

First up is a strongly worded opinion piece on biphobia by William Goh. I didn’t realise that I was (a little bit) biphobic until I read his story.

The other is an interview with a Polish activist who is campaigning against the so-called “LGBT-Free Zones” in his country. He’s being sued by local governments for exposing their homophobia. It sounds crazy, right? Well, it’s also pretty scary (page 70).

Related Items:DNA #260, from the editor