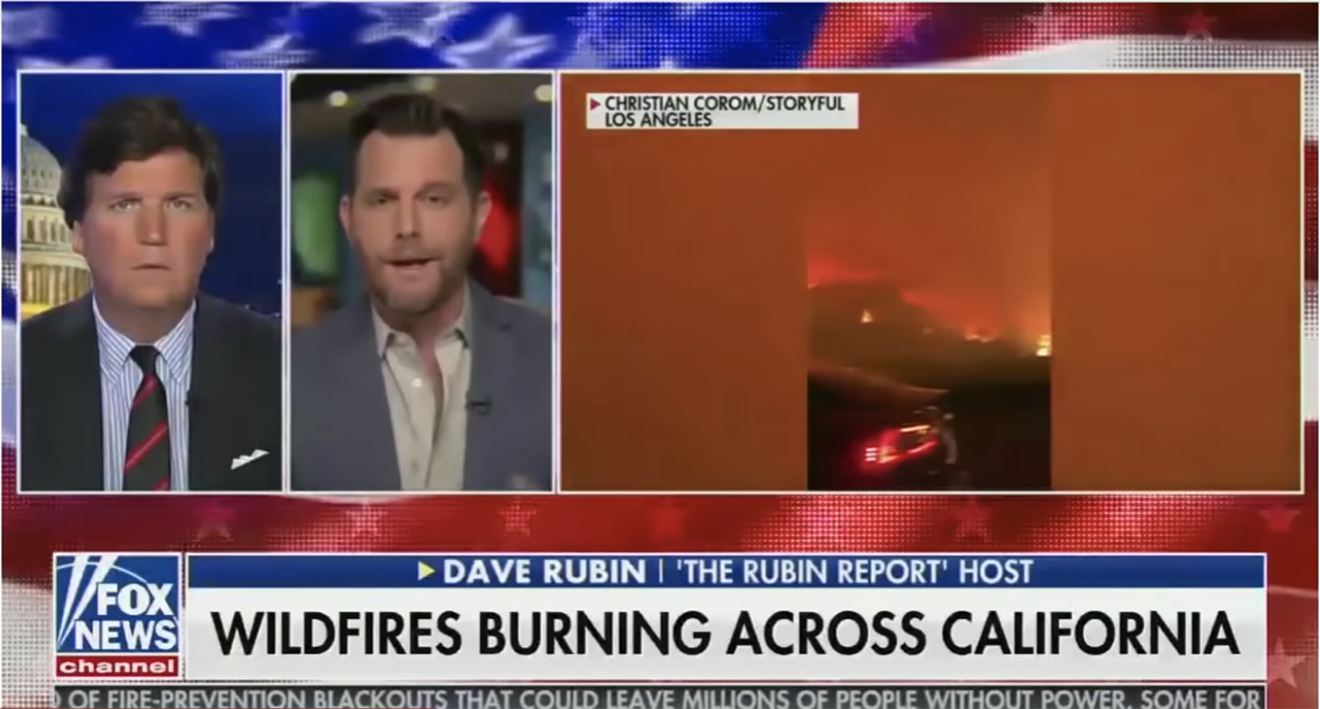 As fires rage through California resulting in the destruction of housing and leaving hundreds of thousands businesses and homes without electricity, the conservative elites at Fox News get together to blame it on the gays.

In an insightful discussion, Fox News host Tucker Carlson and his gay conservative guest Dave Rubin agreed the wildfires were probably down to utility company PG&E being too concerned about hiring gay and black people.

Pink News reports investigators believe the fires began when a tree fell on power lines operated by PG&E. Carlson, however, disagreed saying “PG&E strikes me as almost a metaphor for the destruction of the state.”

“Here’s the utility which doesn’t really know anything about its own infrastructure but knows everything about the race of its employees. How did we get there?” Carlson said.

Rubin went on, “Tucker, imagine if your house was on fire, would you care what the public utility or what the fire company, what contractor they brought it, what gender or sexuality or any of those things he or she was? I mean it’s just absolutely ridiculous.”

Rubin added: “We just don’t have enough clear-thinking, more libertarian or conservative-minded people in California to fight what the progressives are doing to the state.”

Rubin responded to accusations that his comments were “racist” and “homophobic” by writing on Twitter: “Nothing I said was racist or homophobic. Actually not that it matters but I’m married to a man.”

Carlson is no friend of the LGBTIQ community. In the past he called the legalisation of same-sex marriage “depressingly frivolous”, and has said that the recognising the difference between gender and biological sex would “make healthy relationships impossible and devastate society”.

See the clip for yourself.