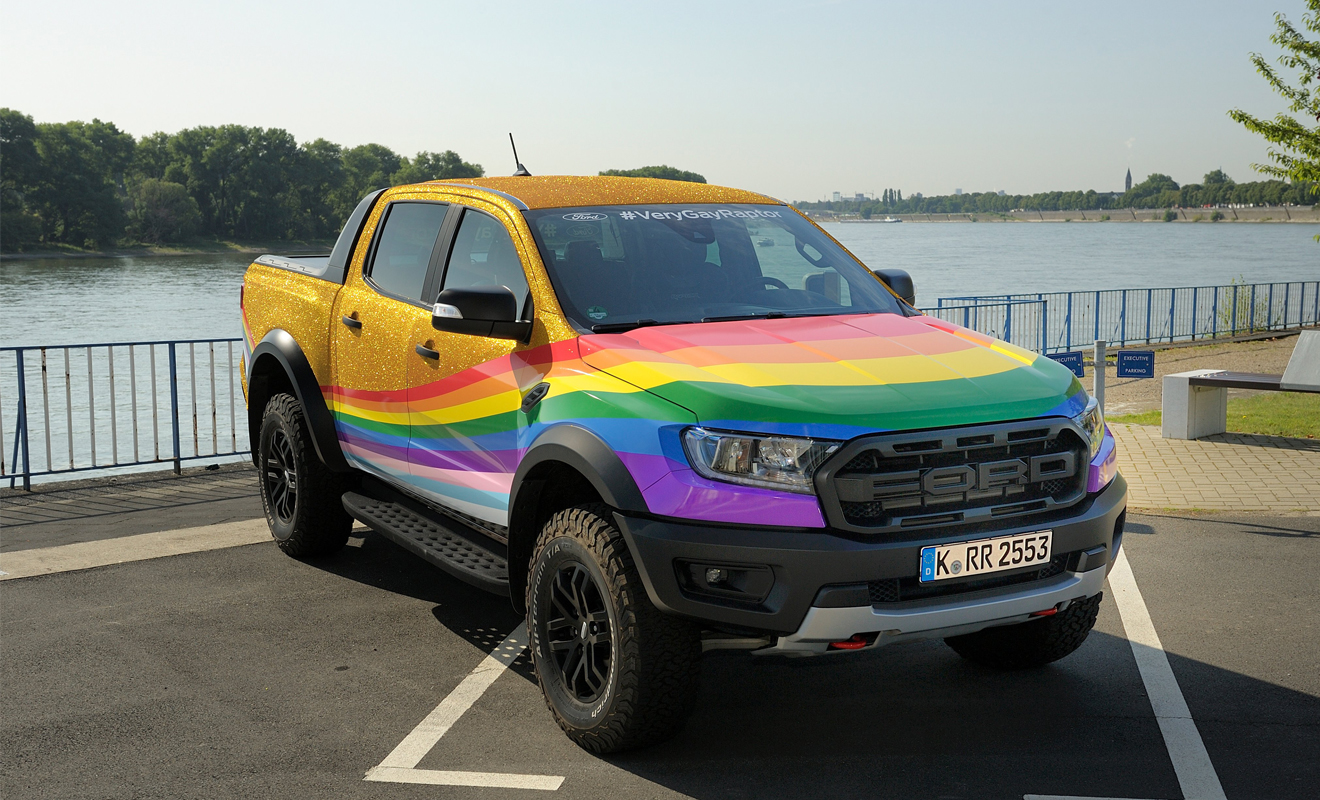 Covered in rainbows and gold glitter, Ford Europe has released a ‘Very Gay’ car in response to a homophobic comment online, reports New York Daily News. Upon releasing their Raptor truck in “performance blue” earlier this year, one commenter on social media said, “well… that’s a cool car! But that blue colour is very Gay!!”

Ford Europe responded in June with a 30-second animation saying, “Our latest Raptor reveal has had a lot of attention… but one comment stopped us in our tracks,” revealing a glammed up Ford Raptor to celebrate Pride Month.

No stranger to being an LGBTQIA+ ally, Ford have made a concerted effort to be more inclusive by creating a number of LGBTQIA+ events and groups for its staff and other corporations. One such initiative, Ford Globe, is an employee run group created to foster an inclusive and supportive atmosphere within Ford for LGBTQIA+ people.

Ex-CFO of Ford, Allan Gilmour, came out as gay in 1995 after his initial stint as vice chairman and CFO. He later returned to Ford in 2002 leading their Finance sector, becoming one of only a handful of out executives leading a Fortune 500 company.