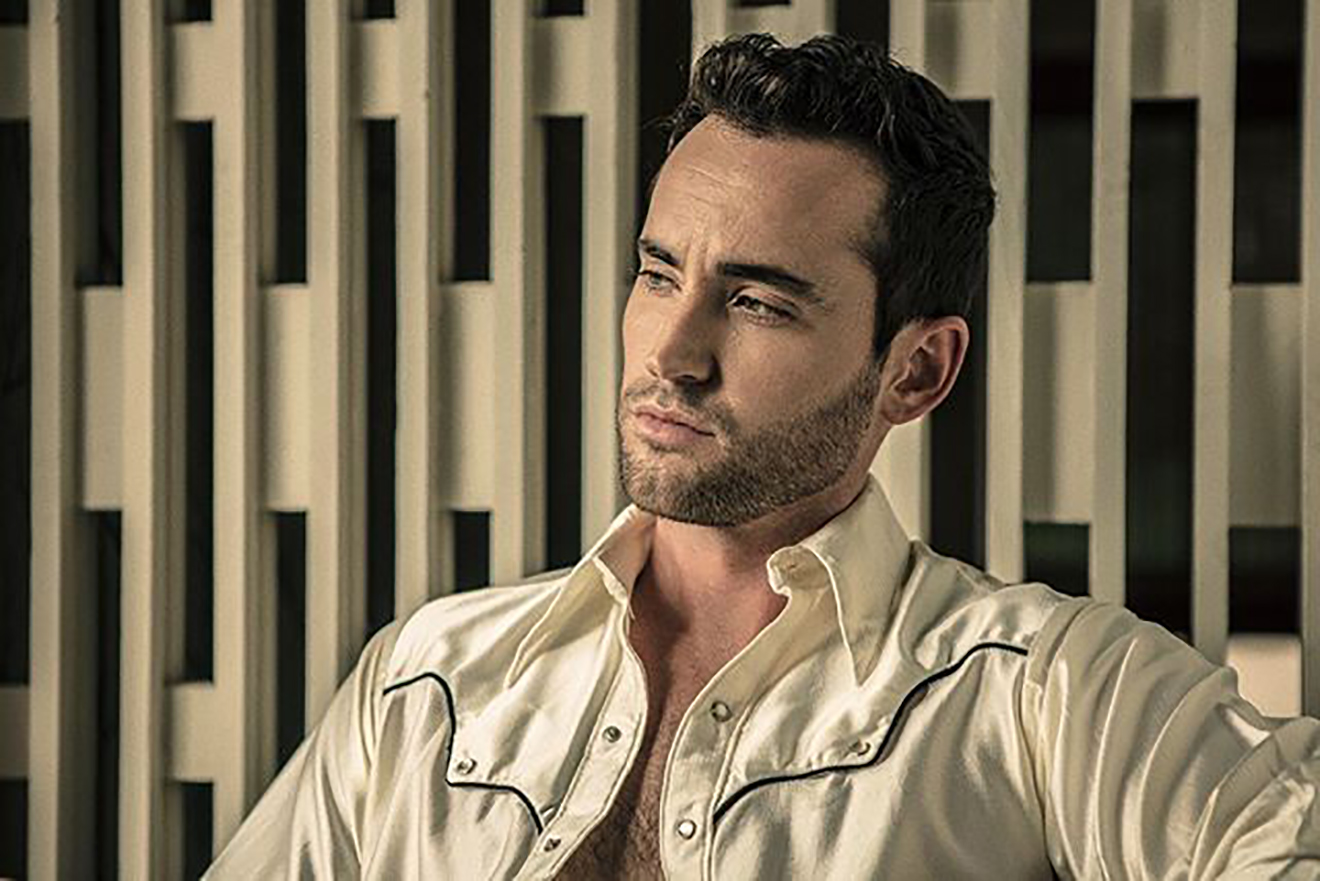 2019 has shaped up to be a year some big-name celebrities have come out as gay, bi or queer. It’s empowering and shows the progress we’ve made towards greater acceptance.

Country singer Cameron Hawthorn used his Dancing In The Living Room video to come out to his fans. In the video the singer features straight and LGBTIQ couples dancing as he plays his guitar. The final scene is of Hawthorn going home to his boyfriend and dancing.

In an interview with the Advocate, Hawthorn said: “I remember always thinking how special it was to dance freely with my boyfriend in the living room of our apartment — being gay, it’s not as easy to dance as a couple in public together as it is for a straight couple.

“I wanted to express how special that moment is for a couple, when it’s just the two of you in the privacy of your own four walls.”

Pro-wrestler Anthony Bowens came out as bi-sexual two years ago, but this year he came out again saying via a YouTube video that he now solely identifies as gay.

“I came out as bisexual, which was a very real thing,” he said in the video. “I identified as bisexual because I really didn’t know much about the LGBTQ community. I didn’t really dive into much because I was closeted.

“So the closest thing that I knew that I could relate to based upon that time period of my life was bisexual.”

“Specifically, more so in the past couple of months, this past year, I was looking back at some old articles of mine because I was coming up with a new character for my wrestling career,”

“And the articles kept labelling me as bisexual, and it was kind of annoying me that they had to continually put what I was, I couldn’t just be a professional wrestler, he’s the ‘bisexual pro wrestler’ but I just wasn’t identifying with that term any more.”

He said he’s in love with his current partner, Michael, and pictures being with him for the rest of his life, so he no longer identifies with the term bisexual: “I now feel more comfortable labelling myself as gay,” Bowens said.

CrossFit athlete, Alec Smith took to Instagram to come out in an emotional video.

“I know this isn’t a fitness related post, but there’s been something on my mind that I’ve been wanting to talk to you guys about for a while now,” he began. “I think I’m finally ready to. So, I’m gay, and I’m at a point in my life now where I’m okay with that.”

Smith said he decided to come out to his followers so he could share more about his personal life.

“Ever since I was a kid, I told myself that I was never gonna tell anybody and figure it out when I’m older,” he said. “And I’m older, and I’m still figuring it out now. I still don’t really know who I am and it’s okay. It’s okay to not know who you are.”

Since moving to New York, Smith says he’s met so many people who are accepting of his sexuality, and he credits them for being able to live as his most authentic self. “Don’t feel pressured into coming out,” he added.

Juan Pablo Di Pace, the Argentinian actor, singer, and director used a TedX speaking event he attended to talk about his sexuality for the first time.

“Acceptance was my fuel, and when that is the case, like an addict, you do whatever it takes to get a fix. I figured if I changed myself, I could be in.”

He said he found acceptance within himself when he moved to a different country to attend college, and then recalled his role as Jesus Christ in the miniseries, A.D. The Bible Continues.

“Many years later and still justifying my being gay with my critic, I get offered the role of a lifetime: Jesus Christ,” he continued. “Well, you know, of all the people in the world that could play this part, they gave it to me.

“So there I am, hanging on the cross… in Morocco… and I look up at the sky, and I think, ‘You could still strike me down with lightning. Are you sure you want me to play your son?’”

Di Pace explained that he felt an “overwhelming feeling of love and acceptance and freedom” that he couldn’t put into words, and said it was possibly a message from a higher power.

He added: “Words are like universes and we are musicians who can create universes with them.”

Former Pretty Little Liars star Tyler Blackburn came out as bisexual during an interview with the Advocate.

In the interview Blackburn spoke about his sexual identity saying: “I’m queer. I’ve identified as bisexual since a teenager. I just want to feel powerful in my own skin, and my own mind, and in my own heart.”

Tyler went on to speak about how he’d had relationships with women when he was in his 20s, but there had always been an “underlying curiosity” when it came to men.

“And I think for the longest time, I suppressed more of my attraction to men.

“It wasn’t until my late 20s, towards the end of Pretty Little Liars, that I really allowed myself to go there and not just wonder about it or lust over it but experience that vulnerability and experience the emotional aspect of what it is to be bisexual.”

And in an empowering message about how he wants to live his life, he said: “I’m so tired of caring so much. I just want to live my truth and feel OK with experiencing love and experiencing self-love.

“Yes, there is an element of, I want to feel like it’s OK to hold my boyfriend’s hand as I’m walking down the street, and not worry. Is someone going to look and be like, ‘Whoa, is that guy from that show? I didn’t know that [he was queer.]’ I want to own my space now.”