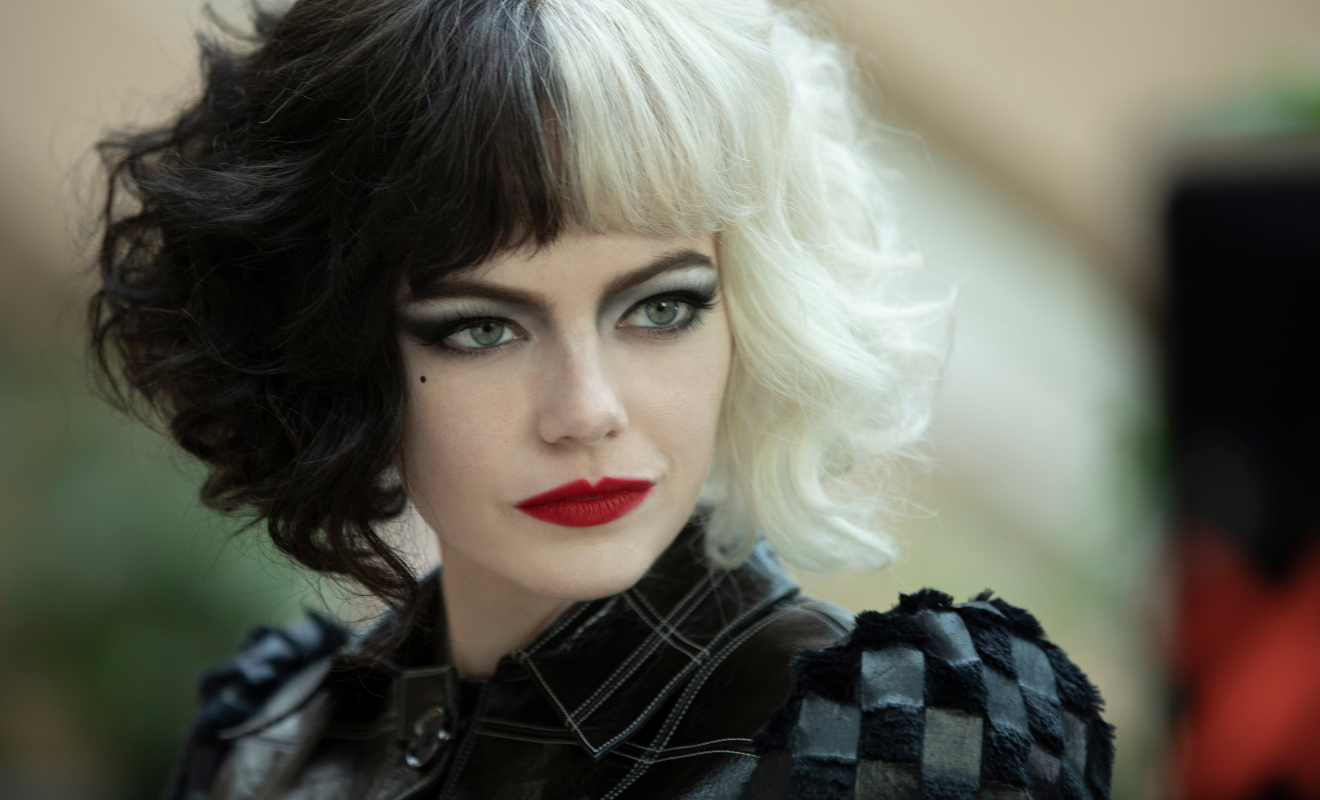 We’ve all seen drag queens assume her famous monochromatic look, and Halloween costumes on sexy boys inspired by Cruella and the 101 dalmatians. Glenn Close is, of course, the Cruella, but her back story is coming to screens soon.

Emmy Award-winning Emma Stone stars in Disney’s new Cruella, an all-new live-action feature film about the rebellious early days of one of cinemas most notorious – and fashionable – villains.

Cruella is set in 1970s London during the punk rock revolution and follows Estella, a clever and creative girl determined to make a name for herself with her fashion designs.

She befriends a pair of young thieves who appreciate her appetite for mischief.

Estella’s flair for fashion catches the eye of the Baroness von Hellman, a fashion legend who is devastatingly chic and terrifyingly haute, played by two-time Oscar winner Emma Thompson.

But their relationship sets in motion a course of events and revelations that will cause Estella to embrace her wicked side and become the raucous, fashionable and revenge-bent Cruella.

Cruella is slated for release in Australian cinemas on 27 May 2021. Watch the trailer below.