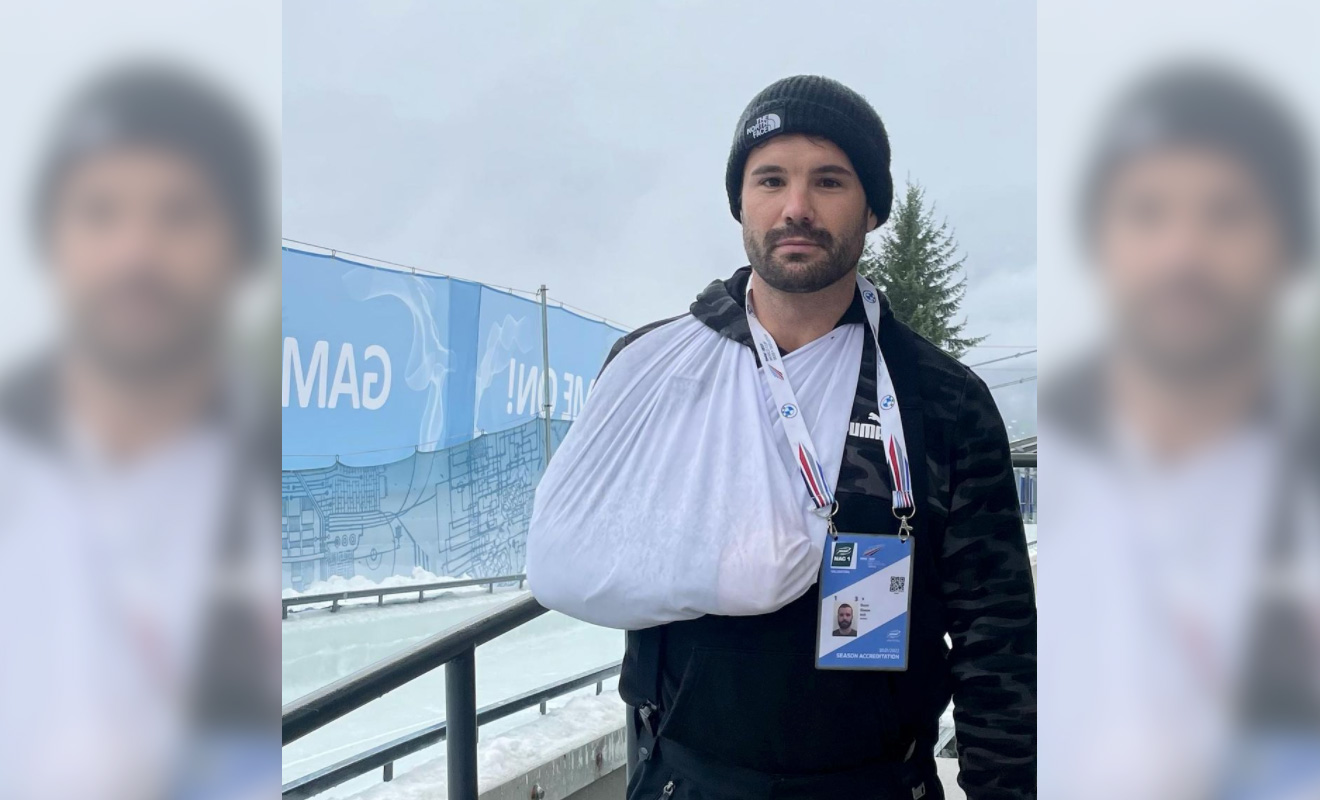 Gay Australian rugby player, bobsleigh athlete, and DNA cover model, Simon Dunn, has had to put his Winter Olympic dreams on hold after suffering a bobsleigh injury requiring surgery, only months after moving to Canada to start training. Speaking to DNA, Dunn has said that although his injury makes his chances of competing in the Olympics slim, he’s not giving up on his dream, and has been honoured to both represent Australia and the LGBTQIA+ community in competitions while away.

DNA: So you’re heading back to Australia for surgery, is that something you’re doing just because it’s easier to get the medical help you need here? How soon is your surgery and what would the recovery be like?

Simon Dunn: Indeed, I’ll be flying out in two days and will be straight into the hospital for surgery. I would have much rather had it here as it would allow more time to heal and possibly come back before the end of the season, but as it’s not seen as an “urgent” surgery so it’s not covered by insurance. It would’ve been an out of pocket cost for myself, and technically I’m unemployed when away competing.

Ideally it’s a four-month recovery time, but I’ll be doing everything I can to reduce this as I still want to race this season. I don’t want to give up on the dream yet!

You’ve said that you’ve already had the chance to represent Australian in the 2man and 4man, what competition was this in? Did the injury happen during training or an event?

The Australian men’s team have spent the last few weeks training in both Lake Placid and Whistler. With the first race of the North America’s Cup Being Whistler, this season I’ve been specialising in the second position in 4man, as being this close to the Olympics I want to be the best I can at that spot.

On the second day of 4man races, we crashed on our second run. My position means my helmet is generally exposed to the ice in a crash, my helmet hit the ice several times and I was worried I’d be knocked out if it continued, therefore I pulled myself further into the sled resulting in rupturing my bicep.

In terms of the Olympics, how soon do you need to head back to Canada in order to qualify?

My injury and surgery rules me out of the remainder of the North American circuit as this concludes just before Christmas. I’m being overly optimistic but I hope I can get the rehab for my arm and continue to do some training when back in Australia so I can rejoin the team in Europe in January. Unfortunately, I wouldn’t be able to push until late January at the earliest, this would be a calculated risk but given the chance to compete at the Olympics I’d take it. But my injury will make my chances very slim.

What have the highs and lows of your time overseas been, and what are you most looking forward to heading back to Australia?

The hardest part about being on tour is having to leave my partner for the entire time. He’s one-hundred percent supportive as he’s an ex-athlete himself, so he understands my passion but it’s still tough, so I’m beyond grateful he’s been so supportive.

A high point for me I can honestly say, that this season I’ve felt the most comfortable with being open about my sexuality in my entire sporting career.

It was a non-issue with my teammates and I felt comfortable openly discussing my sexuality and partner. Having their support made the world of difference in how I felt as an athlete and not feeling the need to hide a fundamental part of who I am.