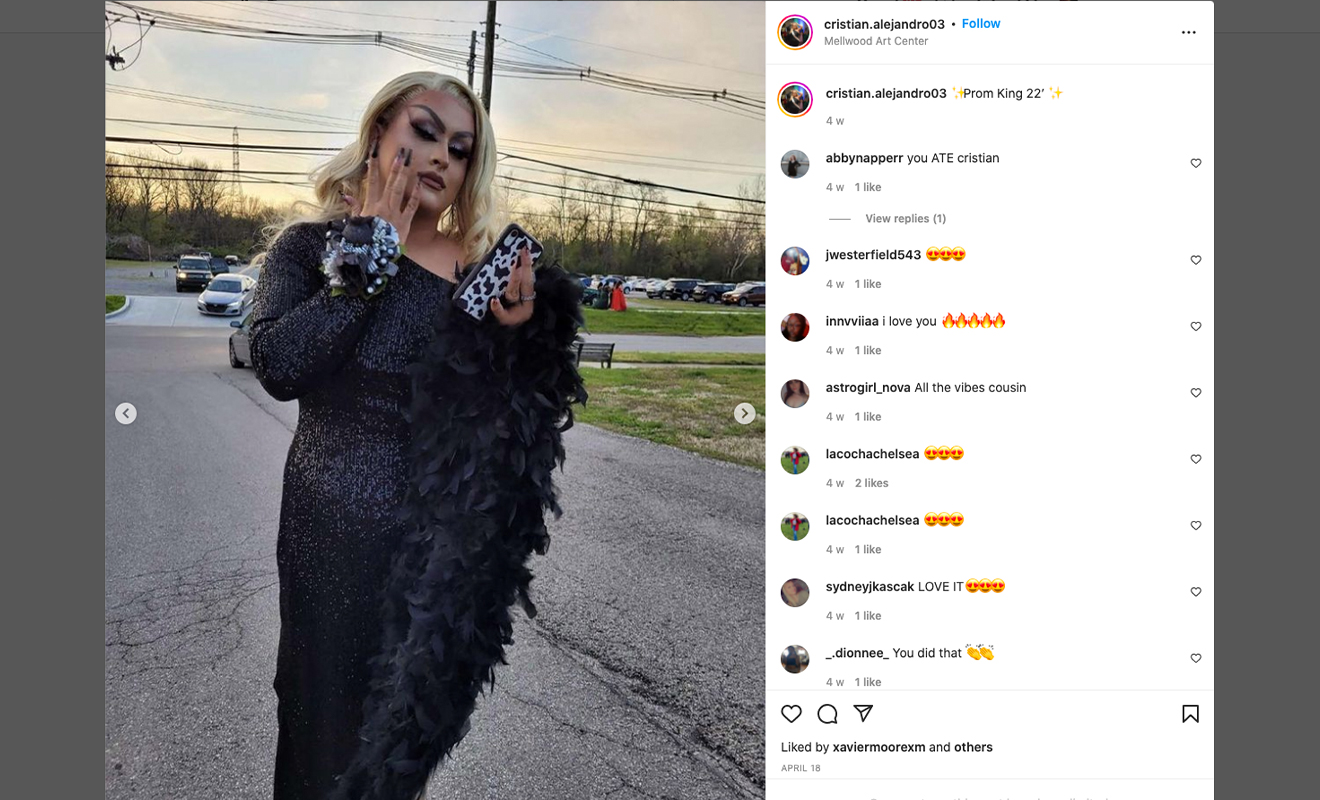 It sure does pay to be oneself nowadays. Proving this is 18-year-old Cristian Hernandez who was recently crowned prom king at their school, reports Advocate. The non-binary student went to their prom in full drag and managed to take the crown.

Senior prom is all about celebrating the end of one’s high school career and culminates with the crowning of the prom court king and queen. It’s a title that any popular high schooler dreams of. Back 20 years ago, a non-binary drag queen would not have stood a chance but, thankfully, we have progressed beyond the stagnant definitions of popularity.

For Hernandez, standing out is a good thing and they attended their prom knowing they would be a standout. “I was just planning to do something really crazy for prom, and I thought, ‘Why not go in drag?’” says Cristian. “I want to inspire people to try and break down those barriers that have been put up.”

According to The Advocate, the win came as a shock but Cristian wasted no time strutting forward to claim their crown. “In my head, I’m thinking, ‘I’m not going to win.’ I was just praying to the gay lords,” they said. The prom crown suited the golden locks of Cristian’s wig perfectly and they proudly proclaimed, “King… queen… whatever you wanna call it I’m still that bitch.”