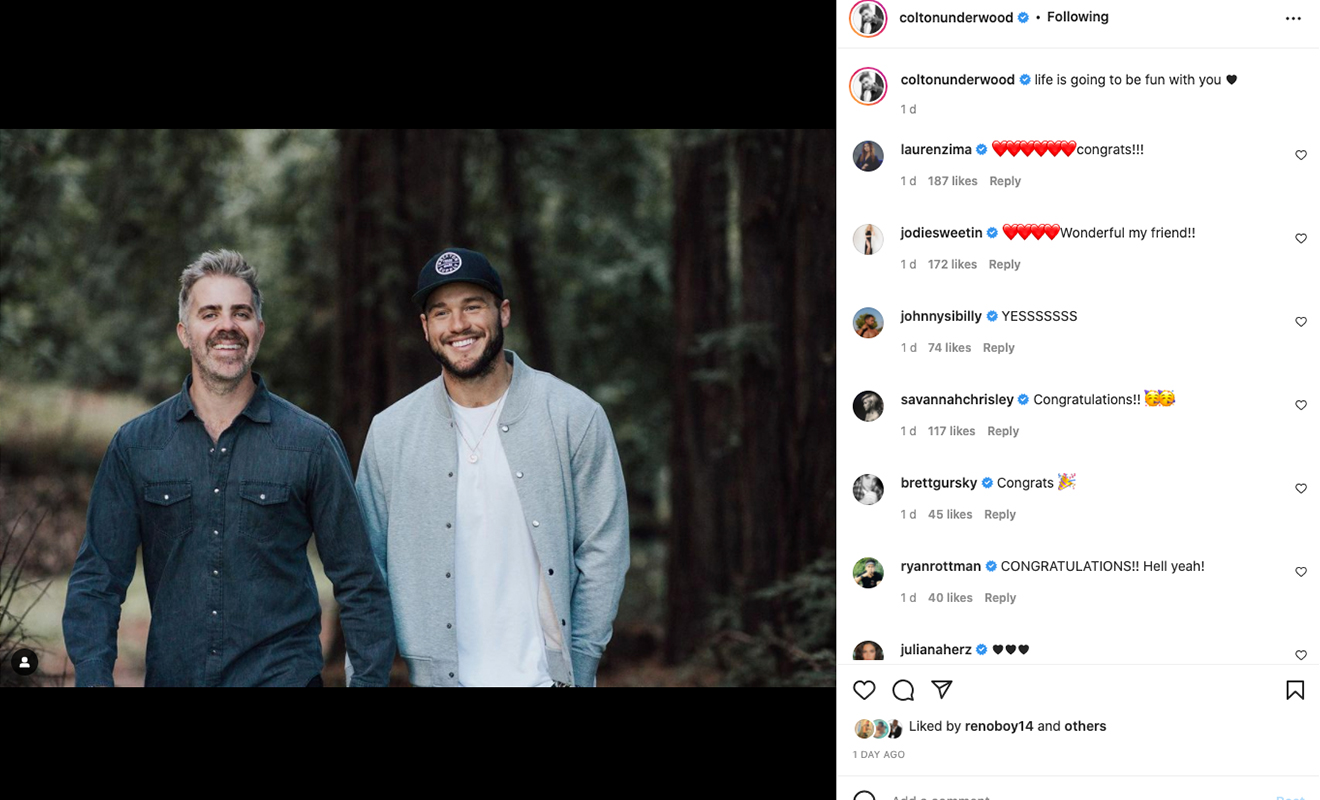 Former NFL star Colton Underwood has announced in an interview with People that he and his partner Jordan C Brown have become engaged. The Bachelor series alum has been out for a year and found himself in a happy relationship since then.

WEDDING BELLS AHEAD FOR THE OUT ATHLETE

Colton Underwood’s life changed trajectory after his coming out on Good Morning America in 2021. Before that moment, Underwood was known for his time as an NFL player and then subsequent series on The Bachelor.

“After my birthday, Jordan and I went to Big Sur for a weekend getaway to decompress and relax in nature,” Underwood told People. “I couldn’t have pictured a more beautiful place to celebrate an amazing milestone in my life and relationship,” he said.

Colton was the subject of a 2021 Netflix documentary titled Coming Out Colton where he gave a glimpse into what his life looked like as he struggled to come to terms with being gay. Underwood is a man of faith and struggled reconciling his same-attraction and his religion, keeping him closetted.

“I was struggling with my sexuality but I had such a level of fear over being gay,” he said. “Now that I’ve been out to myself for a year, it’s the healthiest and happiest I’ve ever felt. And there is nothing I would ever want to be but gay.”

A year down the track, and Underwood is able to openly and freely announce the happy news of his engagement. He and his partner Jordan have made massive life steps together already having bought their first home in Los Angeles in January 2022, reports Out.

“I’m extremely happy! 2021 was the most transformative year of my life,” he says. “Starting 2022 off with my best friend, teammate and now fiancé is something I never thought was going to be possible.”