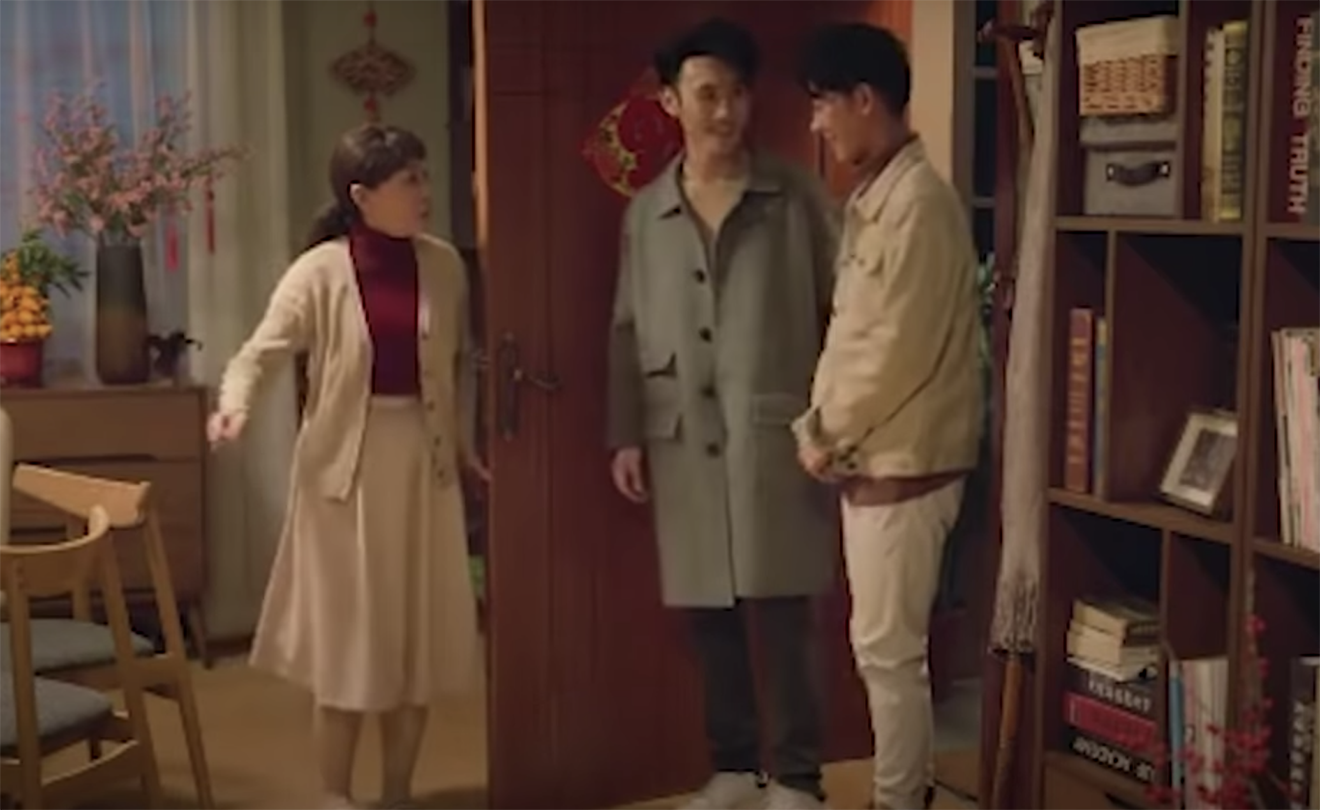 In the 20 second ad, a man introduces his male friend to his mum who welcomes them in as his dad looks on suspiciously while two girls laugh presumably knowing the two men are a couple. The friend, named Kelvin, addresses his partner’s father as “Dad”.

The depiction of the gay couple is a big deal because homosexuality is considered taboo in China. The Chinese LGBTIQ community have praised Alibaba for depicting and supporting same-sex couples.

In a statement Alibaba said: “Chinese New Year is a time for family reunion and inclusion, and the ad is a creative expression to celebrate such an occasion.”

There has been a growing tolerance toward the LGBTIQ community among Chinese people especially in Shanghai and Beijing.

Weibo, China’s answer to Twitter, showed many supportive comments of Alibaba’s ad. One comment said: “It doesn’t directly support or not support [same-sex couples], but the fact that we can see it is already an amazing step.”

Alibaba has previously been very supportive of China’s gay communities, including flying 10 same-sex couples to Los Angeles for a trip back in 2017.