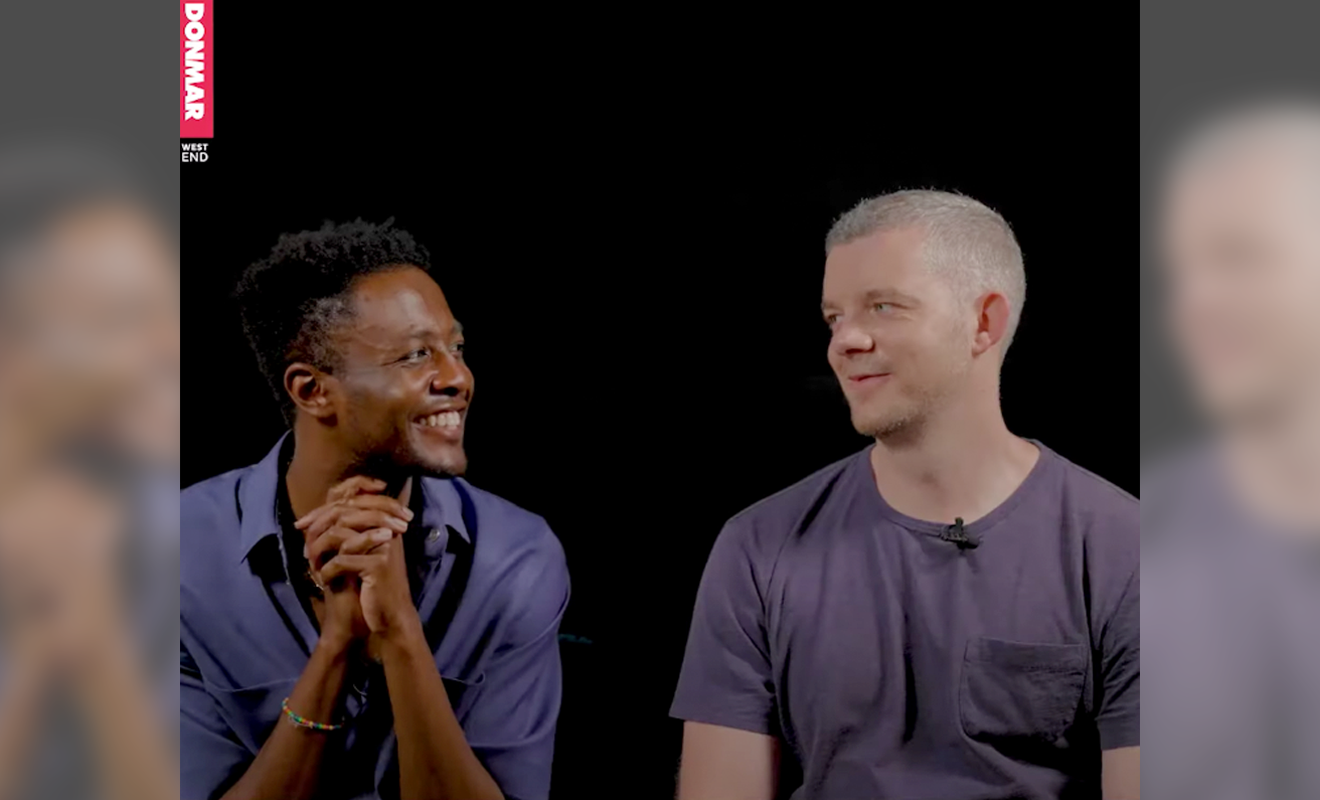 Omari Douglas, breakout star of It’s A Sin, and Russell Tovey, of Looking fame, star together in the West End play Constellations. Speaking to Attitude, Douglas said, “the stars aligned,” about the chemistry between himself and Tovey.

Constellations is a revival of the 2012 romantic drama by Nick Payne. With a revolving cast, the play portrays a couple meeting at a party and follows their lives through repeated scenes, exploring the idea that for every choice we make there exists a parallel reality with an alternate result.

Having only met briefly before at the Royal Television Society Awards, Douglas said, “We get along really well… we just get on, and it is so easy with him.”

Douglas and Tovey’s portrayal will be the first time the characters have been gender flipped and performed as a gay couple. In one version of the characters’ story, the couple are deaf and communicate through the Gay Sign Variant of British Sign Language, which has never been performed on stage before.

Tovey and Douglas are one of four pairs starring in this production, alongside notable names such as Peter Capaldi (Doctor Who), Zoe Wanamaker (My Family), Anna Maxwell Martin (Line Of Duty) and Chris O’Dowd (Bridesmaids).

Constellations is at the Vaudeville Theatre until 12 September, tickets can be purchased here.