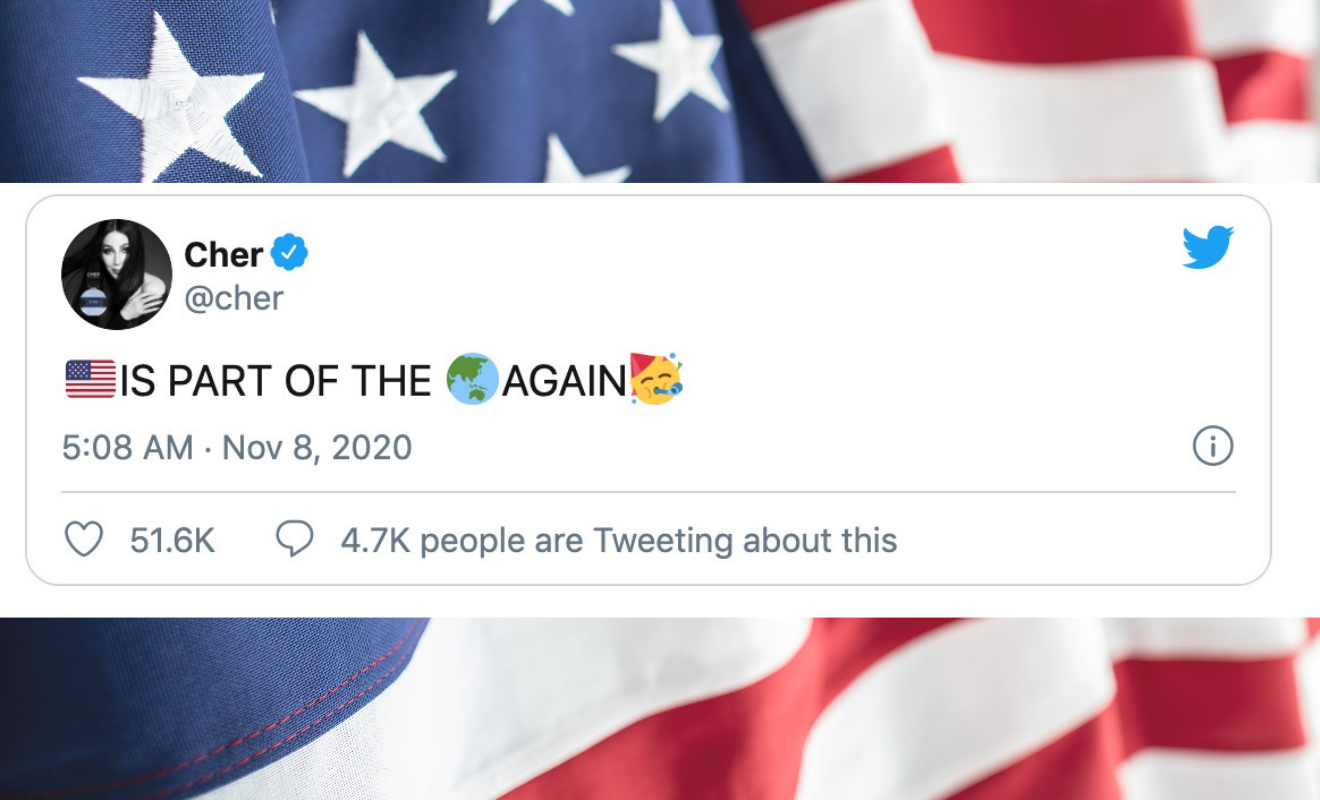 While people took to the streets to celebrate Biden becoming President-Elect after winning the 2020 election, celebrities took to social media to show their support.

Jim Parsons star of Big Bang Theory, The Boys In The Band and Hollywood posted to Instagram simply saying, “I heart America”.

Billy Porter tweeted it was time to celebrate.

This viral take down by power-gay, Anderson Cooper.

Cher said the United States was part of the world again via Twitter.

Cher had campaigned for Biden in the lead up to the election. Unsurprisingly, Lady Gaga, who also campaigned, showed her excitement at the news.

Posting, “@joebiden @KamalaHarris and the American people, you just gave the world one of the greatest acts of kindness and bravery humanity has ever seen.”

Gay icon, Barbara Streisand tweeted a video of her singing as she congratulated Biden and Harris.

Bette Midler who is a vocal critic of Trump, posted in all caps, “It’s Over!”

Midler followed up with a tweet about the Trump team’s press conference in a parking lot next to an adult store.